Pope Francis continued at the General Audience this Wednesday, June 15, with his catechesis on old age.

Before the faithful present in Saint Peter’s Square, Pope Francis reflected on the theme “The joyful service of faith that is learned in gratitude” (Reading: Mk 1,29-31).

Here is the complete catechesis of Pope Francis:

We have heard the simple and moving story of the healing of Simon’s mother-in-law – who was not yet called Peter – in Mark’s version of the gospel. The brief episode is narrated with slight but suggestive variations also in the other two synoptic gospels. “Simón’s mother-in-law was in bed with a fever,” Marcos writes.

We do not know if it was a mild illness, but in old age even a simple fever can be dangerous. When you are old, you no longer rule over your body. It is necessary to learn to choose what to do and what not to do. The vigor of the body fails and abandons us, although our heart does not stop desiring.

That is why it is necessary to learn to purify desire: to be patient, to choose what to ask of the body, of life. As adults we cannot do the same as we did when we were young, we have to listen to the body. Now I also have to walk with the cane.

Illness weighs on the elderly in a different and new way than when one is young or an adult. It is like a hard blow that comes at an already difficult time. The disease of the elderly seems to accelerate death and in any case reduce that time of life that we already consider short.

The doubt is insinuated that we will not recover, that “this time will be the last time I get sick…”. It is not possible to dream of hope in a future that appears to be non-existent. A famous Italian writer, Italo Calvino, noted the bitterness of the elderly who suffer from missing the old things, more than they enjoy the arrival of the new. But the Gospel scene that we have heard helps us to hope and already offers us a first lesson: Jesus does not visit that old sick woman alone, he goes with her disciples.

This should make us think a bit. It is the Christian community that must take care of the elderly: relatives and friends. Visiting the elderly must be done by many, together and often. We must never forget these three lines of the Gospel. Especially today that the number of the elderly has grown considerably.

In proportion to the young, because with this demographic winter there are not so many children and there are more elderly people than young people. We must feel a responsibility to visit the elderly who are often alone and present them to the Lord with our prayer. Jesus himself will teach us to love them. “A society is truly welcoming of life when it recognizes that it is valuable also in old age, in disability, in serious illness and even when it is dying out” (Message to the Pontifical Academy for Life, February 19 of 2014).

Jesus, when he sees the sick old woman, takes her by the hand and heals her, putting her back on her feet. Jesus, with this tender gesture of love, gives the first lesson to the disciples: salvation is announced or, better, communicated through care for that sick person; and that woman’s faith shines in her gratitude for the tenderness of God who bowed before her.

The elderly have much to give us, they are the wisdom of life, they have much to teach us. That is why we must teach children, too, to go and go to their grandparents. Dialogue between grandparents and children is essential for society, for the Church and for the health of life. Where there is no dialogue between young and old, something is missing and a generation grows up without a past and without roots.

If the first lesson was given by Jesus, the second is given to us by the old woman, who “got up and began to serve them”. Also as elders, one can, indeed, must serve the community. It is good for elders to still cultivate the responsibility to serve, overcoming the temptation to step aside.

The Lord does not discard them, on the contrary, he gives them anew the strength to serve. And I like to point out that there is no special emphasis on history by the evangelists: it is the normality of following, that the disciples will learn, in all its meaning, along the path of formation that they will live in the school of Jesus.

The elders who remain available for healing, consolation, intercession for their brothers and sisters – be they disciples, be they centurions, people harassed by evil spirits, discarded people… -, are perhaps the highest testimony of the purity of this gratitude that accompanies faith. If the elderly, instead of being discarded and removed from the scene of the events that mark the life of the community, were placed in the center of collective attention, they would be encouraged to exercise the valuable ministry of gratitude towards God, which nobody is forgotten.

The gratitude of the elderly for the gifts received by God in their lives, as Peter’s mother-in-law teaches us, returns to the community the joy of coexistence, and confers on the faith of the disciples the essential feature of their destiny.

But we must understand well that the spirit of intercession and service, which Jesus prescribes to all his disciples, is not simply a thing for women: in the words and gestures of Jesus there is not a trace of this limitation. The evangelical service of gratitude for God’s tenderness is not written in any way in the grammar of the male master and the female servant. However, this does not mean that women, about gratitude and about the tenderness of faith, can teach men things that are more difficult for them to understand.

Peter’s mother-in-law, before the apostles arrived, along the path of Jesus’ sequel, showed them the way too. And the special delicacy of Jesus, who “touched her hand” and “bowed delicately” before her, made clear, from the beginning, his special sensitivity towards the weak and the sick, which the Son of God had certainly learned from his Mother.

To the extent that we make the young and old relate, to this extent will be the hope for the future of our society.

Wed Jun 15 , 2022
Rafa Nadal is in an exceptional moment of his life after having won a new victory at Roland Garros, and not only for that, but also because it has just been known that he will be a father for the first time together with Xisca Perelló. The two have been […] 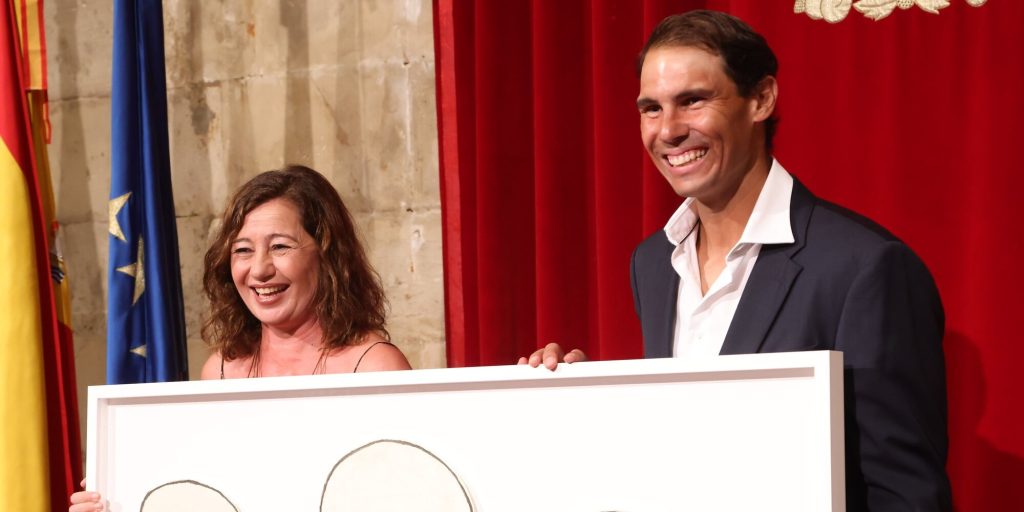