Pope Francis presided over the General Audience this Wednesday, May 4, from Saint Peter’s Square, where he reflected on the coherence of the faith of the elderly and their example towards the young.

Below is the full text of Pope Francis:

On the path of catechesis on old age, today we find a biblical character named Eleazar, who lived at the time of the persecution of Antiochus Epiphanes. The figure of him gives us a testimony of the special relationship that exists between the fidelity of old age and the honor of faith. I would like to speak precisely of the honor of faith, not only of the coherence, of the proclamation, of the resistance of faith. The honor of faith is periodically under pressure, also violent, from the culture of the dominators, who try to debase it by treating it as an archaeological find, old superstition, anachronistic stubbornness.

The biblical story – we have heard a passage, although it is nice to read it in its entirety – narrates the episode of the Jews forced by a king’s decree to eat meat sacrificed to idols. When it is Eleazar’s turn, who was an old man highly esteemed by all, the king’s officials advise him to make a simulation, that is, that he pretends to eat the meat without actually doing it. Hypocrisy, religious hypocrisy, there is so much. Clerical hypocrisy, there is so much. In this way Eleazar would have been saved, and – they said – in the name of friendship he would have accepted his gesture of compassion and affection. The hypocritical exit. After all – they insisted – it was a minimal gesture, pretending he was eating but not eating, an insignificant gesture.

Eleazar’s calm and firm answer is based on an argument that catches our attention. The central point is this: dishonoring the faith in old age, to save a few days, is not comparable to the inheritance that it must leave to the young, for entire future generations. An old man who has lived in the coherence of his own faith throughout his life, and now adapts to feign repudiation, condemns the new generation to think that all faith has been a fiction, an outer covering that can be abandoned thinking that can be kept private. Not so, says Eleazar. Such behavior does not honor faith, nor does it honor God. And the effect of this exterior trivialization will be devastating for the interiority of young people.

It is precisely old age that appears here as the decisive and irreplaceable place of this testimony. An old man who, because of his vulnerability, agreed to regard the practice of faith as irrelevant would lead young people to believe that faith has no real relationship to life. This would appear to them, from the beginning, as a set of behaviors that, if necessary, can be simulated or disguised, because none of them is so important for life. but there is the coherence of this man who thinks of the young, who thinks of his future inheritance and thinks of his people. And this is nice for you old people.

The old heterodox gnosis, which was a very powerful and very seductive trap for Christianity in the first centuries, theorized precisely this: that faith is a spirituality, not a practice; a force of mind, not a way of life. Fidelity and the honor of faith, according to this heresy, have nothing to do with the conduct of life, the institutions of the community, the symbols of the body. The seduction of this perspective is strong, because it interprets, in its own way, an indisputable truth: that faith can never be reduced to a set of dietary rules or social practices. Faith is something else. The problem is that the Gnostic radicalization of this truth nullifies the realism of the Christian faith. Because the Christian faith is realistic, it is not just saying the Creed, it is thinking the Creed and saying the Creed, and doing the Creed. Act with your hands. However, this Gnostic proposal pretends that the important thing is that you have spirituality inside and then you can do what you want. And this is not Christian, and the first heresy of the Gnostics, which is very fashionable now, in so many centers of spirituality and others. And it also empties its testimony, which shows the concrete signs of God in the life of the community and resists the perversions of the mind through the gestures of the body.

The Gnostic temptation, which is one of the heresies of the religious deviations of this time, always remains current. In many trends in our society and culture, the practice of faith suffers from a negative representation, sometimes in the form of cultural irony, sometimes with a hidden marginalization. The practice of faith for these Gnostics, which already existed at the time of Jesus, is considered as a useless and even harmful externality, as an outdated residue, as a masked superstition.

In short, a thing for the elderly. The pressure that this indiscriminate criticism exerts on the younger generations is strong. True, we know that the practice of faith can become a soulless exteriority. This is the other danger, the opposite. But in itself it is not at all. Perhaps it is precisely up to us elders to restore honor to faith. Make it consistent, consistency to the end. The practice of faith is not the symbol of our weakness, but rather the sign of its strength. We are no longer children. We weren’t kidding when we got in the way of the Lord!

Faith deserves respect and honor to the end: it has changed our lives, it has purified our minds, it has taught us the adoration of God and the love of our neighbor. It is a blessing for all! But the whole faith, not a part. We will not trade faith for a few quiet days. Consistent to the end, like Eleazor, who is going to be a martyr like that. We will demonstrate, with great humility and firmness, precisely in our old age, that believing is not something “for the elderly”. And the Holy Spirit, who makes all things new, will gladly help us.

Dear brothers and sisters, and elders not to say old, we are all in the same group. Please, look at the young people, because they look at us. Don’t forget this. The film of the end of the war, so beautiful, comes to mind: “The children look at us”. We can say the same with young people. Young people look at us, and our coherence can open a beautiful life path for them. However, hypocrisy can do a lot of harm. Let us pray for each other. May God bless us all the elderly.

Wed May 4 , 2022
HomeCelebritiesLaura Carmichael and Michael C Fox (‘Downton Abbey’) were secret parents in 2021 HAPPY DADS The happy couple met on the set and, since then, they have forged a solid relationship that they have kept in the strictest intimacy. Rachel Alonso Sanchez 04 May 2022 ‘Downton Abbey’ is back in […] 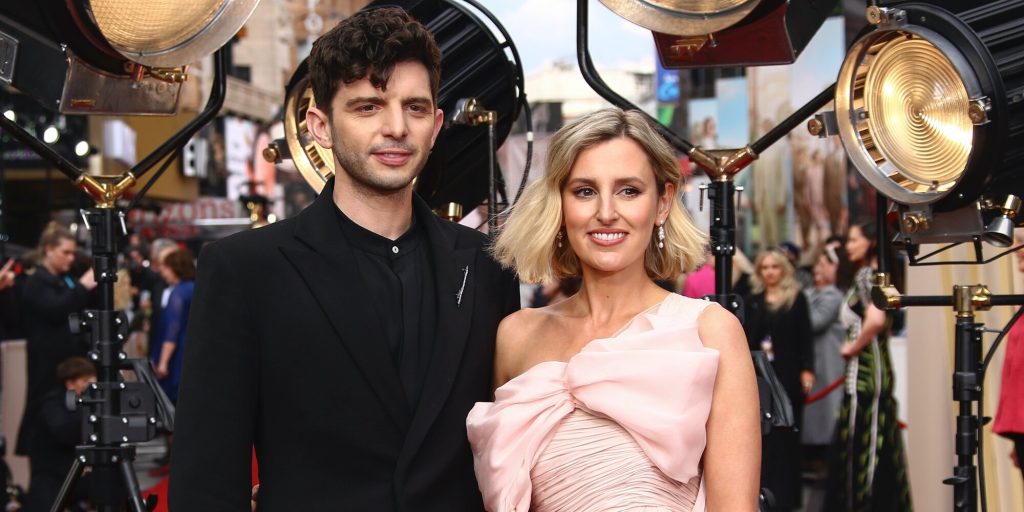