On March 25, 2022, Carlota Corredera said goodbye to ‘Sálvame’ after announcing a couple of days before that she would no longer be the presenter of the program to focus fully on a new format for the chain in the hands of La Fábrica de la Tele that would be directed and presented by herself. A program that, according to recent information, could reach the small screen very soon. Instead, what was not going so smoothly was her new book that, despite announcing it in January 2021, was completely stopped. A series of news that seemed to narrate the lights and shadows of Carlota Corredera’s professional life, but nothing could be further from the truth.

I’m not much of threads or denials but here I go. Let’s start with my “new professional setback” ???
The second part of my book “Let’s talk about us” has been postponed sine die due to a personal decision supported at all times by my editor and publisher. ?

After seeing herself in the headlines again, she herself decided to clarify all this information through her social networks. With a small thread on Twitter, the presenter made it clear that neither one nor the other information was correct. As regards her new book, the second part of ‘Hablemos de nosotras’, it is true that it does not have a soon publication date, but the decision has been entirely hers: “‘Sine die’ has been postponed for a personal decision supported at all times by my editor and my publisher”, making it clear that at no time would it be a “professional setback” as it was being called in many media.

neither book nor program

“I know that any editorial project signed by me would be very well received by my publisher and by Penguin Random House [su editorial]who have always encouraged me to write for them, on feminism or on any subject in which they consider me authorized as a journalist or author”, she thus settled any other speculation regarding her future as a writer.

Regarding the information that places me at the forefront of a new format in Mediaset that has been echoed by various media, I can only say “that I am not aware of”. happy summer to [email protected]

As for the Telecinco program, it was announced in recent days that it could arrive soon on Telecinco as the details of the documentaries that will star in each of the deliveries would be finalized. Under the title ‘Who is my father?’ they would talk about the illegitimate children of the best-known families in Spain, gathering information through these documentaries to later give rise to a debate presented by herself, Algo Pasa TV anticipated. A format that, according to El Televisero, had already been registered, more than clear evidence of its existence.

On the other hand, and despite everything said, it seems that this program has more or less little reality, or at least that it is the program in which Carlota Corredera would be working. She also makes it clear: “Regarding the information that places me at the head of a new format in Mediaset that has been echoed by various media, I can only say that ‘I do not know'”, thus ended the explanatory thread in which He made it clear that his future work will continue to be, in the eyes of the audience, a real unknown.

They prove that Fr. Jacques Hamel was the first martyr of jihad in Europe in the 21st century

Wed Jul 27 , 2022
The postulator for the cause of beatification of Fr. Jacques Hamel, the first priest to be martyred at the hands of radical Islamists on European soil in the 21st century, affirms that “the martyrdom of Fr. Jacques Hamel is proven.” According to the pontifical organization Aid to the Church in […] 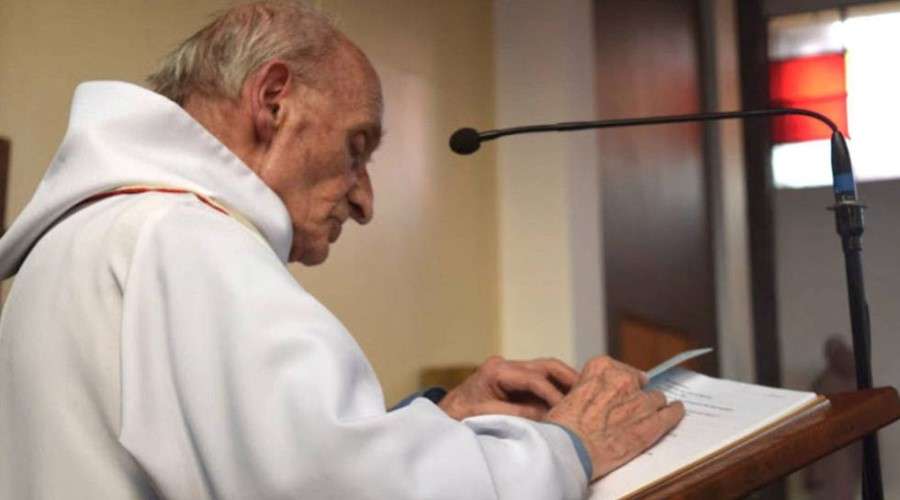