Caritas Spes, the charitable arm of the Catholic Church in Ukraine, is bringing comfort, hope and material support to families who are suffering from hunger and pain due to the Russian military invasion that has devastated their homes.

In a statement, Fr. Pawel Rytel-Andrianik, director of the Foreign Communication Office of the Polish Bishops’ Conference, said that the passage of Russian military forces through the Ukrainian regions of kyiv and Zhytomyr has devastated small and peaceful towns such as Bucha and Vorzel, which in the past had residential complexes and orderly infrastructure, but today many are destroyed.

The priest pointed out that Caritas Spes (Caritas in Ukraine) from the city of Zhytomyr reported that “the towns and villages of the kyiv region are mostly inhabited by older people” and that those who suffered the impact of rockets and tanks against their houses, they had to hide in the basement or in the corners of their rooms.

“Not a single piece of glass remains in the [seis] windows of my house”, said Katya, one of the people who benefited from the support of Caritas.

He specified that the parishes are used “as shelters against air attacks”, and pointed out the need to “clean the town of rubble, glass and remains of the military action and provide residents with access to electricity and, at least temporarily, repair the windows that have been left without a railing”, among other things.

The war in Ukraine, which has been going on for more than 40 days, has left several villages “without electricity, gas and water” and there is also a shortage of “medicines, food, basic hygiene products, blankets and quilts”, reported .

In this regard, he said that Fr. Vitalij Uminski, director of Caritas Spes Yitomir, pointed out that “the worst situation is found in the small towns” of the diocese, where “in boarding schools, children and adults with disabilities complain about the lack of food”, which begin to end. “There are many sick adults in our care who need above all care,” said Fr. Uminski.

According to a nun, although “the degree of destruction in the surrounding cities and towns is very varied”, in the smaller places it is easier to survive, because people have “water in the well or wood to make a fire in the kitchen” , indicated Fr. Pawel.

He specified that “women are the ones who need medicine the most”, especially the elderly who are left alone, since their children and grandchildren fled the country “in search of a safe place.” Many of them have no electricity at home and have to cook food on two bricks over a fire.

“The wind blows from one side, then the other, and blows everything out, the strong wind blows out the fire, and all the pots have turned black from smoke and fire,” said the elderly Ukrainian women according to Fr. Pawel.

In addition to worrying about their health and hunger, she said that they suffer from not being able to communicate with their relatives, since they have nowhere to charge their phones. “My family and friends don’t know what’s wrong with me, they don’t know where I am, if I’m alive or dead, they don’t know anything about me,” said Nina, who suffers from high blood pressure and cardiovascular problems.

“May God forgive these people and give us health, strength, peace and his Holy Spirit. I am also a believer. I can’t even tell you how I’m still standing and asking God: Merciful Father, help. Only you can help us! Jesus Christ please!” added Nina.

In this context, Fr. Pawel said that Fr. Petro Zharkovsky, president of Caritas Spes, pointed out that while they cannot “stop the war”, they contribute to “alleviating the suffering” of many. “Our hands have become wings that can stretch for miles and hug people, bring them comfort and hope. We are called to do this,” said Fr. Petro.

Pawel pointed out that the Caritas service encourages “priests, religious and lay volunteers to form humanitarian teams and, without a moment’s hesitation, go to the towns and villages where there is fighting” to bring material and spiritual aid to those who need it. they need.

Since there is no electricity in Vorzel, “seminarians from the local major seminary brought an electricity generator” that allowed Mass to be celebrated “after many weeks,” said Fr. Pawel. “The liturgy was attended by people of various confessions. Some of them crossed the threshold of the church for the first time,” he added.

She stated that according to one of the nuns who support Caritas Spes in Yitomir, “people want to share their experiences, talk about emotions, but you cannot feel any pain or resentment in their voices”, but “they have a deep desire to become to God together as a community.”

He said that Fr. Vitalij Uminski explained that people need food above all, as “they often have nowhere to buy it” because gas stations are closed. So Caritas Spes of Zhytomir provided “fuel to one of the parishes, since the parish priest could drive from parish to parish,” Fr. Uminski added.

In the midst of this complex situation, Caritas volunteers are key because they “distribute donations” of food and help collect “orders for medicines or specific materials” that local people require, said Fr. Pawel.

Pawel said that Caritas Spes of Yitomir noted that in recent days “it has delivered five tons of food to the residents of the affected cities and towns near kyiv”, where the Russian military forces have passed. “We visited the villages of the Vygotsky district, which are quite remote and help does not come so quickly,” Caritas Spes said on social media.

“We are with what the world calls refugees and internally displaced persons, children or victims of war, but at the end of the day they are just people who believe that light necessarily overcomes darkness. They hope to see their relatives, return to their country, their homes of origin and those they love, even though war is the exact opposite of love”, concluded Fr. Petro Zharkovsky.

People who wish to support Cáritas Spes Yitomir can do so through their Facebook.

Today is Holy Tuesday, known as the 'Tuesday of Controversy'

Tue Apr 12 , 2022
Holy Tuesday is a special day within the path that Holy Week is tracing. In it we intensify our preparation for what will be the Easter Triduum – the three days that go from Holy Thursday to Easter Sunday, in which the Passion, Death and Resurrection of the Lord Jesus […] 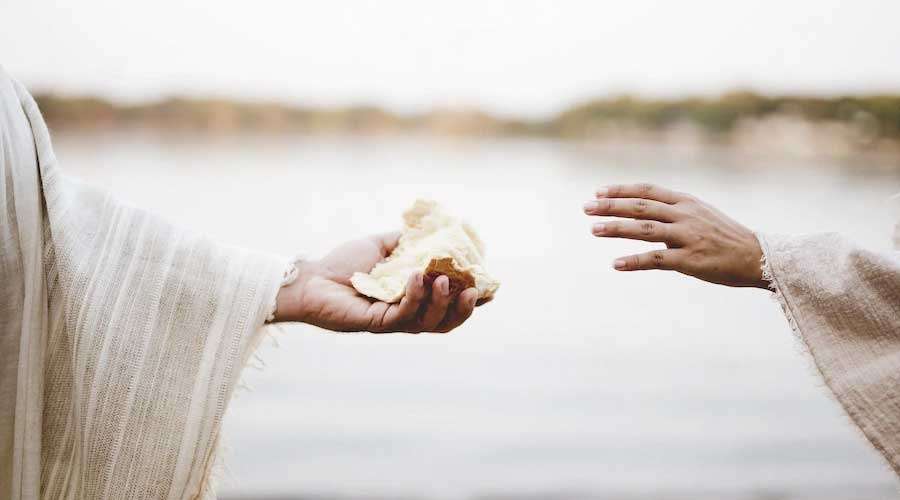