Cardinal George Pell expressed his confidence that Pope Francis will act to defend Tradition and the unity of the Church, in the face of the risk of schism towards which the controversial German Synodal Path is moving.

This was indicated by the Australian Cardinal on April 25, in dialogue with Gavin Ashenden, associate editor of the Catholic Herald and host of the Merely Catholic podcast.

“Without a doubt the Holy Father will speak, will have to speak on this matter to clarify and reiterate Tradition,” said the Cardinal, who was Archbishop of Sydney and prefect for the economy at the Vatican.

“I have great confidence in the Successor of Peter. Unlike the Orthodox and Anglican churches, the Catholic Church has an instrument that we believe is instituted by God: Peter, the rock”, stressed Cardinal Pell.

The Synodal Way is a controversial multi-year process that began in December 2019 and involves bishops and lay people from Germany to address issues such as the exercise of “power”, sexual morality, the priesthood and the role of women in the Church, issues on which they have expressed, publicly and on various occasions, positions contrary to Catholic doctrine.

Cardinal Pell also said that “the papacy’s special role is to maintain the purity of apostolic Tradition and the unity of the Church around that Tradition. So I trust the Holy Father will speak.”

The Cardinal also stressed that “on the issue of women priests or homosexual activity, the situation is not blurred or unclear, and it is not that people can choose from a variety of options.”

“It is something essential and simple: We appeal to Christ, to revelation, to our Judeo-Christian tradition and not to sociology or medicine. What weight do we give to the teaching of Jesus and the Apostles? That is an essential challenge that we must face,” said Cardinal Pell.

The Australian Cardinal also questioned whether “we believe that we are under the apostolic Tradition or we are its teachers. Do we feel free to reject the teachings of Saint Paul?

“Do we feel we can do that or do the revelation and teachings of Jesus and the Apostles have special authority for us?” he asked.

The Cardinal also expressed his support for the “fraternal letter” that more than 70 bishops of the world, among them Cardinals Francis Arinze, Raymond Burke, Wilfred Napier, and George Pell himself sent to the bishops of Germany to warn that there is a danger of a schism due to the course of the controversial Synodal Way.

“In a time of rapid global communication, what happens in one nation has repercussions on the ecclesial life of other places. In this way, the process of the ‘Synodal Way’ currently promoted by Catholics in Germany has consequences for the Church on a world scale. This includes the local Churches that we shepherd and the many faithful Catholics for whom we are responsible”, affirm the bishops in the letter dated April 11.

“In light of this reality, the situation in Germany compels us to express our growing concern about the nature of the German ‘synodal path’ process as a whole and the content of its various documents,” adds the letter signed by Bishops of United States, Canada, Tanzania, Cameroon and other countries.

The prelates refer that the seven indications that they raise in the letter have their roots in chapter 12 of the Letter of Saint Paul to the Romans, especially in the warning not to accommodate “to the present world.”

In dialogue with Gavin Ashenden, Cardinal Pell said the letter is an “important initiative” to show “that the vast majority of Catholic bishops in the world uphold Tradition.”

In the opinion of the Australian Cardinal, European bishops who seek to change Catholic doctrine “go in the wrong direction” and “make a bad situation worse”.

“The basic teachings are very clear,” he said, adding that “the strangest thing is that by adopting the teachings of the world around them,” the German bishops “think they are going to help the Church. History is unanimous in showing that this is absolutely disastrous.”

In Cardinal Pell’s opinion, the controversial German Synodal Way is at risk of being hijacked “by the world, the devil and the flesh”, the three enemies of the soul that lead to disobeying God.

In May 2021, priests and pastoral agents of the Church in Germany blessed homosexual couples in an event entitled “Love Wins” in more than 100 places throughout the country, with the support of several bishops such as the president of the Episcopal Conference, Mons. Georg Bätzing, and in open rebellion against the explicit prohibition of the Congregation for the Doctrine of the Faith in the Vatican, published on March 15 of that year.

Cardinal Reinhard Marx, Archbishop of Munich, former president of the German Bishops’ Conference and one of the promoters of the Synodal Way, proposed in February the end of celibacy for priests in the Catholic Church.

Cardinal Marx was recently embroiled in a new controversy for his statements to the weekly magazine Stern, published on March 31, saying that the Catechism of the Catholic Church “is not written in stone” and that one can “doubt what what does it say”.

Crime and Punishment is becoming a movie starring David Harbour

Tue Apr 26 , 2022
One of my favorite movie categories is sports documentaries. 30 for 30 Sets pretty high standards for the genre, and in its wake we’re lucky to have epic stories last dance; The dark side of athletics, like Netflix’s bad sport; and a truly engaging story from the anchor’s original series […] 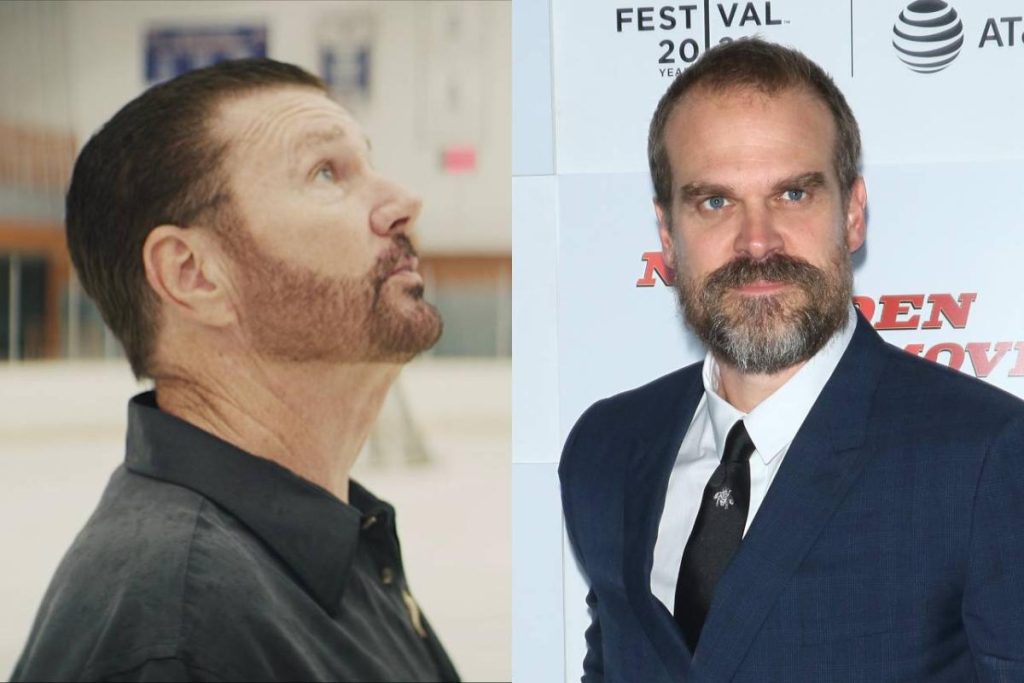