The retro charm of Capcom Arcade Stadium returns to our new consoles with a second compilation of great classics from the long-lived Japanese publisher.

For those unfamiliar with the retrogame series of Capcomthe Arcade Stadium is a collection of titles that were in the great arcades of the past, places that are sadly disappearing nowadays. Arcades resist more than anything else in Japan, despite the closure of some that have become real landmarks (SEGA Entertainment, for example, announced the closure of its at the beginning of 2022).

In the Eighties, however, the arcades were the place where you could touch the innovation in the field of video games with your own hands – and with a few pennies. There was something for everyone: fighting games, platformers or driving simulators. So many titles that have made the history of old cabinets – just think of street fighter of the Capcom house – also landed on the home consoles that at the time appeared on the market.

However, also considering the cost of the hardware, the solution of the cabinets was perhaps the best and certainly the most powerful: land arcades were therefore a real place of worship for enthusiastsa place of social gathering for the youngest and for the managers themselves, who organized competitions and tournaments, keeping the attention of consumers and the spirit of competition alive.

In Capcom Arcade 2nd stage you can find several titles of the time such as historians Street Fighter Alpha 2 or Megaman – The Battle of Power – as well as other titles almost unknown to the Western public. We put them to the test in our high nostalgia review.

A journey into memory

The playable titles in this new compilation only affirm the company’s market hegemony in the pre-Resident Evil era. Just like its predecessor, Capcom Arcade 2nd Statium gives the gamer the ability to live an experience tout court in the arcadenot limiting itself to simply emulating the top titles on the roster – as many as 30 divided by years of publication, with the possibility also to choose the English or Japanese rom.

Specifically, we talk about:

The home screen welcomes us in a real deserted arcade (and therefore, all to ourselves, without having to give our turn to others!) Where it is possible customize the various cabinets with liveries and colors. Moreover, and this is a small gem, it is also possible to move the various levers and simulate the insertion of the coin in the appropriate slot – perhaps the most exciting moment of the old cabinets.

The cabinet is therefore not only an aesthetic presence, but it is there “in flesh and blood” even during the game phases, precisely to recreate that feeling that brings us back into the room, with a narrow screen and old scanlines cathode ray tube television. In short, those who lived in those years can agree with the fact that Capcom has managed to bring to modern consoles a real videogame experience of about forty years agoincluding its captivating and never forgotten charm.

The 80s are much more than a decade …

Surely the goal of these collections is to tease the palates of old school gamers, but also to intrigue new gamers who can experience – albeit in a virtual way – the charm of arcades.

The attempt by Capcom is certainly commendable, as thanks to the gimmick of the arcade it has managed to implement many different videogame genres in a single Collection, in spite of nostalgia. Unlike other companies, which have reintroduced their flagship titles in standalone mode on modern consoles, Capcom Arcade Stadium certainly offers several titles ready to be (re) discovered.

However, as is often asked in these cases, retrogame emulation in the internet age has become a constant, especially by nostalgic gamers. Is there really a need for a collection? Emulations and abandonware travel on a so-called middle line, a borderline zone between legality and illegality as emulators – for example – should reproduce bios and image files extracted from products physically in our possession (here a detailed focus on the topic from by Gioele Maria Pignati for our sister site Tom’s Hardware). To overcome this “annoying” gray area, many companies including both Sony and Microsoft – thanks to their subscription services – in recent years have focused a lot on remasters, physical and collector’s editions of old glories (Square Enix, for example , is recovering some historical titles from its vast catalog) and digital ports. This is necessary for the historical preservation of video games at times very lacking: titles released digitally and no longer available or physical video games now available at mind-boggling prices on eBay.

For this, box sets like Capcom Arcade Stadium are essential as they offer a look at a flourishing vintage like that of the Eighties that never really went away: if you think about it, the references to the decade thanks to TV series and old songs that are back in vogue in the world charts are proof that the eighties cannot be limited to a single decade.

A pinch of modernity!

The key thing about Capcom Arcade 2nd Stadium is the fact that it also implements a bit of modernity. Like its predecessor, it is possible to play in co-op with another gamer (but we warn you, no online games!) Just like a real cabinet, in which to fight in a few games of Capcom sports club.

There is no shortage of points challenges like in the rankings of the past. To foster the engagement of gamers, Capcom has implemented new challenges in which players must compete to climb the global rankings through “CAPSO points“. Just like the first chapter of the series, these points act as a real in-game currency that allows the gamer to unlock various extras such as new wallpapers or features.

You can customize the look of your chosen video game, with backgrounds and video filters Furthermore, the possibility of save and load mid-game through various save slots, so you can safely resume a challenge left open; a modality that about forty years ago was obviously unthinkable.

To facilitate the work of newbies, Capcom has reintroduced – also in this sequel – the possibility of rewind time to be able to go back and avoid clamorous errors, it is also possible to customize the game speed and the level of difficulty, such as the “Invincibility mode”Downloadable as a DLC.

For us, these “shortcuts” a little kill the real gaming experience and serve more than anything else for the new generation of gamers, not used to the antiquated mechanics of old titles and certainly eager to train the old street fighter stress-free (waiting for the sixth chapter, don’t miss the full version of the latest title in the saga on Amazon!). The most hardcore gamer can surely bypass them without ruining the original experience of his favorite classics.

Obviously, an Achivement / Trophy system could not be missing, available both on Xbox and PlayStation and on Nintendo Switch – in the latter version, they are present in the form of medals).

Wed Jul 20 , 2022
There are now a few weeks left until the release of Saints Rownew fatigue license plate Will that reinvents the famous open world franchise. As you can read in our previews below, we were pleasantly surprised by what was shown and we can’t wait to be able to explore the […] 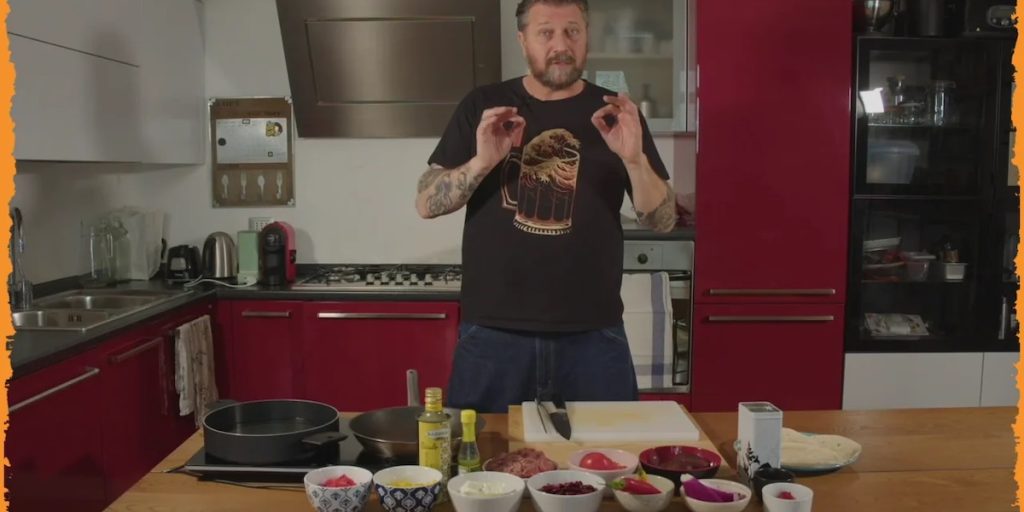