The image of an ancient olive tree in the orchard or garden of Gethsemane has gone viral on social networks, as some claim to be able to see the face of Jesus in it.

The photo was shared on Twitter on April 15, Good Friday, by Mountain Butorac, which runs “The Catholic Traveler,” a faith-based pilgrimage service to Rome and the Holy Land.

This is an unedited photo I took in the Garden of Gethsemane a few weeks ago and posted this morning. People keep telling me they see the face of Christ. pic.twitter.com/Ig537u6r8L

“This is a raw photo I took in the Garden of Gethsemane a few weeks ago and posted this morning. People keep telling me they see the face of Christ,” Butorac wrote on Twitter.

The image has been shared hundreds of times and has more than two thousand “likes” on the social network.

Among his responses to those who commented on his post, Butorac recalled that some of the olive trees in the Garden of Gethsemane are around two thousand years old. “These trees were there that night in the garden,” he said.

The Gospel of Matthew records the “sadness and anguish” that Jesus felt the night he was handed over to be crucified, after the Last Supper. In the garden of Gethsemane, Christ prayed imploringly to the Father: ‘My Father, if it is possible, let this cup pass from me, but not as I want, but as you want.'” The garden is located on the Mount of Olives.

Why doesn't Pope Francis preside over the Easter Vigil 2022?

Sat Apr 16 , 2022
Pope Francis does not preside over the Easter Vigil 2022 this Holy Saturday, but Cardinal Giovanni Battista Re, dean of the College of Cardinals, does so instead. However, the Holy Father is in St. Peter’s Basilica and accompanies the celebration, and is expected to lead various liturgical moments and deliver […] 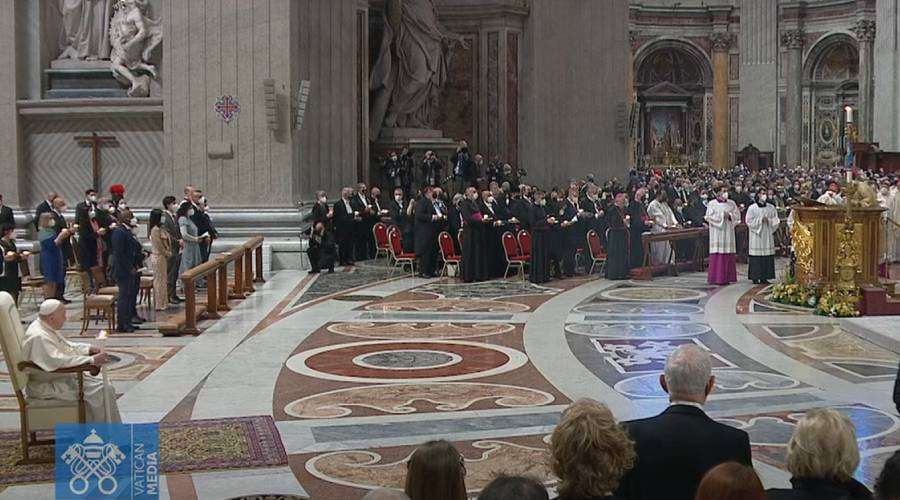