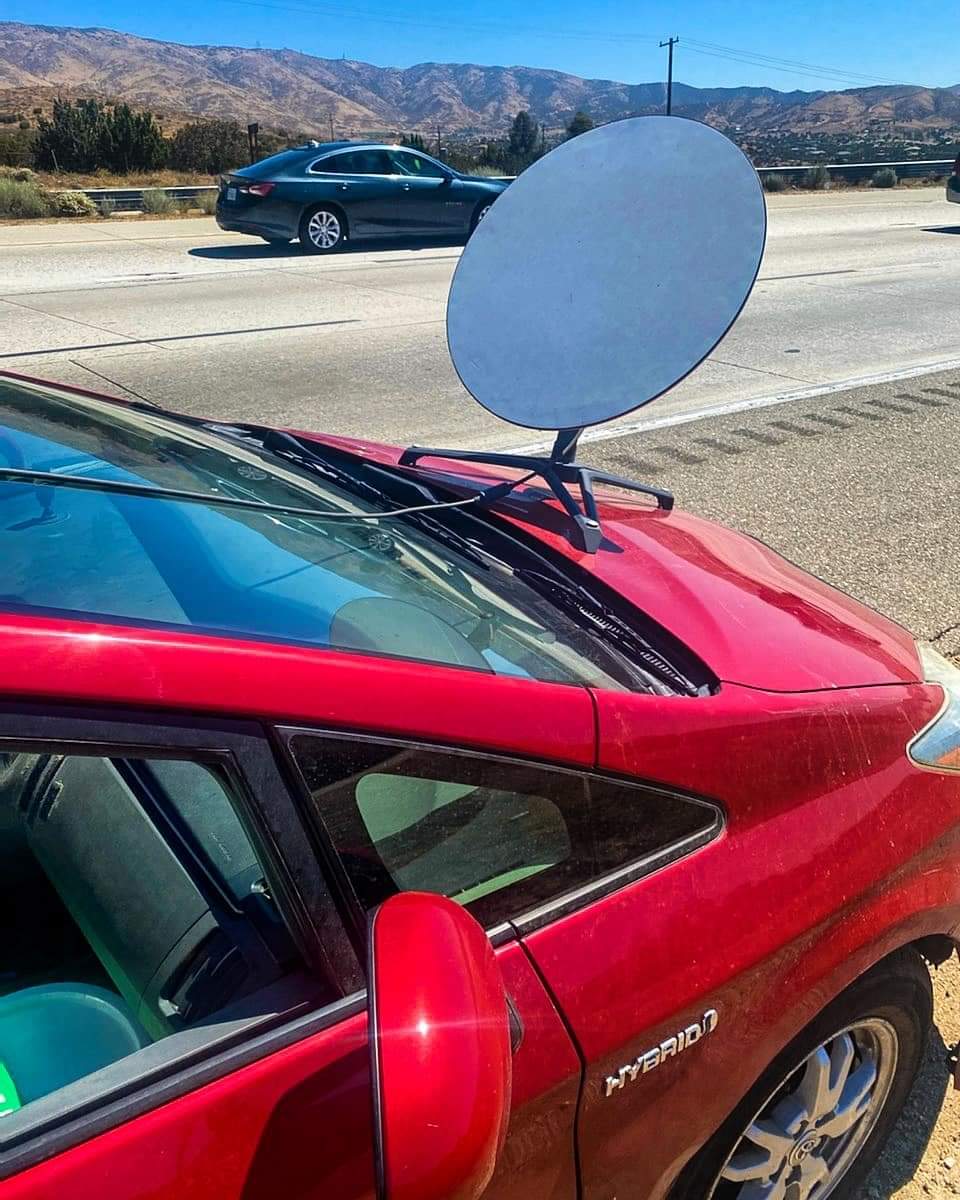 California, USA – On Friday, a California Highway Patrol Officer halted a vehicle that apparently had a device looking like a satellite dish attached to the hood.

The dish resembles, and probably is, an antenna component of the Starlink device released by SpaceX. The device started being released in October for beta testing before releasing a stable version.

A California Highway Patrol officer pulled over a vehicle on Friday that had a satellite dish bolted to the car’s hood, and the device appeared to be one of SpaceX’s Starlink antennas.

Only When I Turn Right

In a Facebook post made by the California Highway Patrol Officer of Antelope Valley, he explained what went down at the scene.

The patrol officer followed proper protocol and pulled over a Toyota Prius. He had stopped the car in question because it looked like there was an opaque hindrance to the driver’s view.

He explained to the driver the reason for pulling over – the large antenna dish on the car’s hood. The officer also said that he asked the driver if it didn’t block the view and hindered him from driving.

To the officer’s surprise, the driver smugly replied “Only when I make right turns”.

A Ticket for the Right Reasons

According to authorities, the driver got ticketed for violation of moving norms. The driver also informed that the antenna serves as an internet device, offering WiFi connectivity for a business that the driver operated from the car itself, even though it’s advised not to use communication devices like phone, computer, etc while driving.

SpaceX is yet to make any statement.

Starlink is SpaceX’s heavy-capital project that intends to create an interconnected internet network. The framework comprises of a constellation, i.e. group of thousands of satellites, that work together to ensure high-speed internet and WiFi service to users at every corner on Earth.