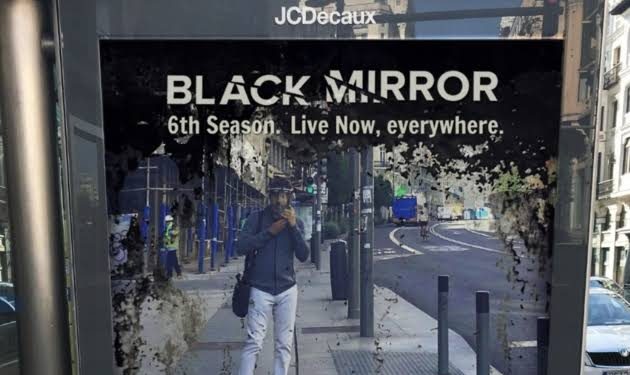 0
SHARES
73
VIEWS
Share on FacebookShare on TwitterShare on WhatsApp

We haven’t seen any new episodes of “Black Mirror” in quite some time. Even after the 5th season was delayed for a long time, it has been almost two years since the show’s inception in the year 2011, making it the longest break the show has ever had.

Black Mirror has been created by Charlie Brooker, and it tells stories related to science fiction. The stories have been created with fantastic actors, resulting in providing a unique experience for the viewers. The series was created by Booker for Channel 4 before being picked up by Netflix for the seasons 3rd-5th.

Killer dog robots, cartoon characters running for office, crazy Matrix-style video game simulations, and more mind-blowing technology one can ever imagine have all been featured in Black Mirror’s unique narrative. The majority of these fascinating stories provide social commentary to our dark reality, so it’s no wonder why fans want to see more episodes of the Black Mirror series.

Although Netflix hasn’t confirmed about renewing any new episodes of Black Mirror, it’s also important to note that the show hasn’t been canceled. Netflix is yet to declare an official release date for the 6th season of Black Mirror, which is also yet to be confirmed and there are no such signs of new episodes being produced, so a new season is unlikely to be released this year.

However, now as the COVID-19 epidemic has become less of an issue thanks to the fast vaccinations taking place, more films and productions have resumed production. Hence, assuming if Netflix and Banijay can reach a deal by the end of the year, the 6th season of Black Mirror will most certainly be released in the upcoming year that is, 2022 at the earliest.

Who’s in the Cast of Black Mirror Season 6?

Black Mirror is an anthology series, meaning each episode has a completely new group of cast members. There have been special cases’ actors, such as Daniel Lapaine, Hannah John-Kamen, and Michaela Coel, who have all played many characters in separate episodes.

There is presently no formal confirmation on who will star in the presumably future episodes of the 6th season of Black Mirror because Netflix is yet to confirm it. Moreover, we can’t tell who we’ll see in the future, with recent seasons’ casting including both British and American actors, from celebrities like Miley Cyrus to other lesser-known cast members.

The previous season of the Black Mirror has left the fans in anticipation, and they are excited to see what will happen in the upcoming season. The showrunners and even the authors haven’t revealed the storyline details for the 6th season of Black Mirror yet.

However, according to reports, the upcoming season’s plot will focus more on crises that arise in people’s daily lives, such as Internet addiction. And it’s not just the Internet, perhaps we can see the other terrible side of this modern era, which has put all human lives in jeopardy.