The Permanent Committee of the Conference of Catholic Bishops in Cuba (COCC) criticized some aspects of the Family Code project that will have to be voted on in a referendum this year, since they consider that it is “permeated” by gender ideology.

In a statement published on Friday, February 25, the bishops pointed out that they see “with concern” that in core issues the “project is permeated by what is known as ‘gender ideology’ which, as is often the case with ideologies, are constructions of ideas that want to implant themselves by force in reality and end up distorting it”.

The bishops stated that a “close look at history shows that when man breaks the laws of nature, the end is not happy for him.”

At the end of December 2021, the National Assembly of People’s Power (Parliament) of Cuba approved the Family Code. Various organizations, including members of the Catholic Church in Cuba, have spoken out against its content, since it would introduce homosexual “marriage”, the adoption of gay couples, surrogate wombs, artificial insemination with anonymous sperm donors; and, in addition, it would affect the right of parents to decide on the education of their children.

The popular consultation on the Family Code project began on February 1 and will end on April 30, 2022. Then, Parliament must set the date for the project to be voted on in a referendum.

“We are inspired by the Word of the Lord, but at the same time, we confirm that what God has communicated to the human being coincides with the best contributions, already consolidated, of the human sciences, especially biology, psychology and philosophical anthropology”, they said.

Although the bishops highlighted some “positive elements” of the project “such as the strengthening of the attention and care of the elderly or people with different abilities”, they lamented that the “perspective of gender ideology is present in the articles of the projects that redefine marriage, in those that speak of ‘solidarity gestation’, ‘assisted filiation’ and adoption”.

“The very introduction of the new concept of ‘parental responsibility’ and ‘progressive autonomy of the minor’, within an ideological context, creates suspicions and ambiguities that weaken the other concept that is ‘parental authority,'” they criticized.

Regarding the introduction of homosexual “marriage” through the Family Code project, the Episcopal Conference recalled that the Cuban people “was very clear in the discussion prior to the approval of the current 2019 Constitution.”

“It is an undeniable finding that the majority of Cubans wanted the definition of marriage to be maintained as the union of a man and a woman, as it appears in the current Family Code of 1975,” they indicated, adding that ” natural reality is that which must be strengthened and preserved by law and never weakened.

On the other hand, they explained that in the project they found “not a few contradictions in phrases that adequately affirm that they want to protect children, and the affirmations of other articles within the aforementioned topics, where it seems that children are the ones who the less they count”.

“We maintain that there is no right to have a child by any means, however, every child has the right to have a father and a mother. And in the event that life and unfortunate circumstances have prevented it, the legislation should seek it, not the other way around. A son is a person, not a thing or a whim”, highlighted the Cuban prelates.

Another criticism, they pointed out, is that “in the project there is an exaltation of subjective elements, because categories such as affection, respect, happiness and love are understood in countless ways in contemporary culture.”

An example of them, they specified, is that “someone can justify their marital infidelity, for example, because they also love or feel affection for one or more other people: what is now called ‘polyamory’. Or neglect your children or elderly parents, because you have the right to be happy and nothing should get in the way of it.

The Church in Cuba recalled that “in a world where feelings are so variable, affective experiences so changeable and people more fragile, sustaining something as important as the family in human subjectivity does not favor the strengthening of family life either” .

“When the Church celebrates Christian marriage, the spouses express their love, affection, and respect by telling each other that they will give themselves and be faithful ‘in joy and sorrow, in sickness and in health, all the days of life.’ That is an objective way, not just a subjective way, to express love,” she explains.

Therefore, the Cuban Episcopate warns that the “tacit acceptance of gender ideology in something as important as a code that regulates family life would open the space so that, in other areas, such as the school, the children, without the consent of the parents, in ideas and postures that are opposed to those that the parents, in conscience, are those that they want their children to assimilate.

The bishops believe that perhaps for the planned referendum, “it would be good if the articles or chapters were submitted for popular approval separately, and not the project as a whole.”

“That would allow us to highlight the great coincidences that are found in the positive aspects; and probably eliminate, refine and improve those that arouse so much concern and perplexity in a considerable part of the people”, the Cuban bishops concluded.

Today we remember Blessed Antonia of Florence, the widow who became a religious

Mon Feb 28 , 2022
Every February 28 we remember Blessed Antonia of Florence, an Italian nun from the 15th century. A woman who was widowed twice and whom God finally called to be a religious, becoming the protagonist of a reform within her spiritual family. wife and mother Little is known of Antonia’s childhood, […] 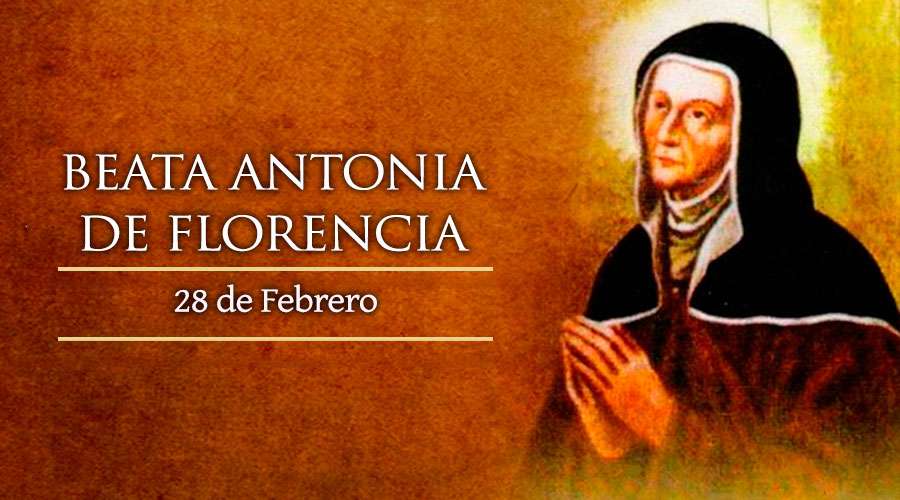