The Latin-rite Catholic bishops in Ukraine have asked Pope Francis to publicly consecrate this country and Russia to the Immaculate Heart of Mary, as the Virgin of Fatima requested in her apparitions in 1917.

“Holy Father! In these hours of immeasurable pain and terrible trial for our people, we, the bishops of the Episcopal Conference of Ukraine, are spokespersons for the incessant and heartfelt prayer, sustained by our priests and consecrated persons, that reaches us from all the Christian people, to may His Holiness dedicate our Homeland and Russia”, the prelates write in a letter published on the communications website of the Ukrainian Episcopate.

“In answer to this prayer, we humbly ask Your Holiness to publicly perform the act of consecration to the Sacred Immaculate Heart of Mary of Ukraine and Russiaas requested by the Blessed Virgin in Fatima”, the prelates ask Pope Francis.

“May the Mother of God, Queen of Peace, accept our prayer: Regina pacis, ora pro nobis!” they concluded.

The hope of the Ukrainian Catholic bishops now is that, with this public consecration by Pope Francis, the war that began on February 24 with the invasion of Russian military forces will end.

“’Russia will convert’ and ‘in the end, my [Inmaculado] Heart will triumph”, said the Virgin of Fatima to the three visionary shepherds in 1917.

The consecration of Russia and the entire world to the Immaculate Heart of Mary was already made by Pope Saint John Paul II in 1984, in the Vatican.

A few years ago, the then Secretary of State of the Vatican, Cardinal Tarcisio Bertone, specified that Sister Lucia, the seer of Fatima who lived the longest, “personally confirmed that this solemn and universal act of consecration corresponded to the wishes of Our Lady” of Fatima. .

1917 was a troubled year for Russia. In addition to fighting in World War I, the country experienced two civil wars known as the February Revolution and the October Revolution.

In the years that followed, Russia expanded its sphere of influence by exporting communism to various countries and martyring scores of Christians.

After the consecration in St. Peter’s Square in 1984, the Soviet bloc collapsed first in 1989 and then the Soviet Union, as a result of various social, political and economic factors.

The bishops of Ukraine have also proposed an updated prayer of consecration to the Immaculate Heart of Mary, to be prayed at the end of each Mass and in private.

This is the sentence:

Beloved Queen and Our Mother, Queen of the Holy Rosary, Help of Christians, Salvation of the human race, Victorious Virgin, here we humbly prostrate ourselves before You, so that you may bring our sincere prayers to Almighty God in the Trinity.

We come with the full confidence that we beg for mercy and protection for our Homeland in this dramatic time of war.

Mother of Mercy, we ask this not because of our merits, which we do not count on, but in view of the infinite goodness of Your Heart and the saving Blood of Christ, Your Son.

May the suffering and cries for help of so many people come to you. Have mercy on the wounded and victims of the bombings, on the orphans and widows, on all those who were forced to leave their homes and seek refuge in safer places.

Pray mercy for those who gave their lives defending their neighbor and our country.

O Immaculate Mother! Pray to God for the grace of conversion, and we especially ask you for the conversion of Russia and of all those who are blinded by hatred or the thirst for power.

Pray for us, especially for those graces that can change human hearts in an instant, and that will prepare and bring such a coveted peace! Above all, give us the gift of spiritual peace so that the Kingdom of God may grow in peace and harmony.

Queen of Peace, pray for us the grace of true reconciliation with God and with each other, so that we can give each other a helping hand and support.

Throne of wisdom, inspire all rulers to make wise decisions and strengthen the efforts of those who contribute to the end of war and peace.

Queen of Apostles, pray for our pastors the gift of firm faith and zeal in the administration of the Sacraments, so that in this time we may all be united at the Eucharistic table and in zealous prayer.

Heal the sick, strengthen all medical and volunteer personnel who care for the sick and injured, ask for them spiritual and physical strength.

Be healing for the sick, strengthening for the dying, and encouragement for their loved ones.

Just as the Church and all humanity were consecrated to the Heart of Your Divine Son, and in Him we hope to become an inexhaustible source of victory and salvation for all, so we consecrate ourselves forever to You and to Your Immaculate Heart, our Mother and Queen.

So that your love and care ensure the victory of the Kingdom of God, and that our Ukraine and all nations reconciled with each other and with God, bless and glorify you.

The photos of Sophie Turner that confirm, without a doubt, her second pregnancy

Thu Mar 3 , 2022
HomeCelebritiesThe photos of Sophie Turner that confirm, without a doubt, her second pregnancy BABY IN SIGHT The actress has been seen in a bikini so there is no longer any doubt as to whether she is pregnant with her second child or not. Rachel Alonso Sanchez 03 Mar 2022 Sophie […] 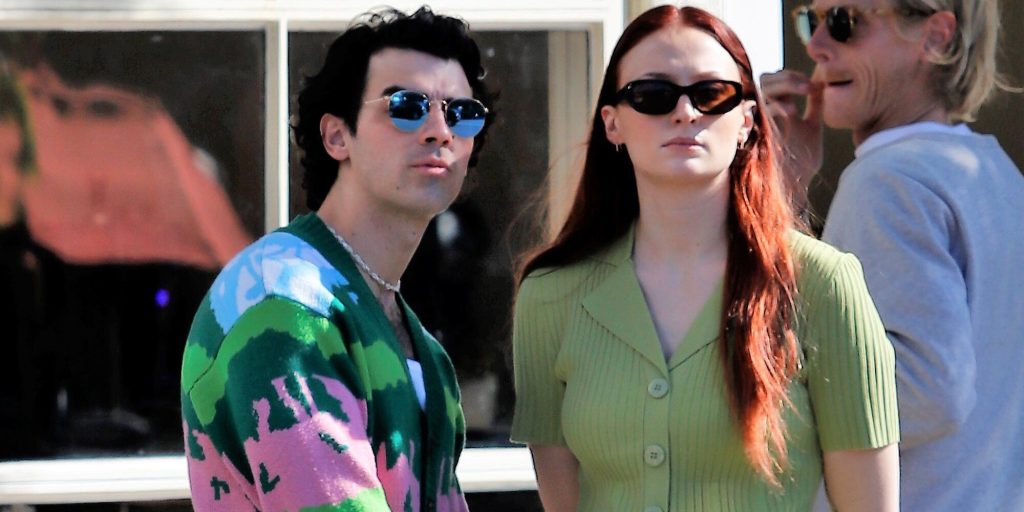