Bishop Martin Gächter is Auxiliary Bishop Emeritus of Basel and is 82 years old, 30 of which he has dedicated to the ministry of liberation. In a recent interview he recounted the surprising reaction of the devil when he performed an exorcism in Switzerland.

In the interview granted to kath.ch, the Prelate recalls that “a woman came to see me at the Bishopric and told me that they always threw her out of bed at night, which she was able to verify with a camera.”

“As we spoke, we were in a room with pictures of our previous bishops. He was annoyed that everyone wore a pectoral cross. A sign of the diabolical is when the presence of a cross cannot be endured”, he continued.

“We then went to another room where there was no cross but an image of the Mother of God. That was even worse for her and we went to the park to continue talking. I realized then that she was really possessed,” Msgr. Gächter said.

The Prelate informed the then Bishop of Basel, Bishop Kurt Koch, who “ordered me to perform an exorcism together with two episcopal vicars. We had 15 sessions with the woman. Two psychiatrists were also present once and confirmed to us that she did not have epilepsy or mental illness.”

After specifying that “an exorcism does not have a fixed formula” and that “most of the time we pray freely”, Bishop Gächter reported that in one session “the woman immediately threw herself on the ground, got angry and insulted us. His body writhed like in the movie ‘The Exorcist’”.

“His face drew horrible faces. He was unrecognizable. Her voice was also completely different, very deep, devilish and roaring. It was horrible”.

The Prelate said that at that moment “we blessed her with the cross and holy water. She yelled out loud: ‘This is on fire.’ It was as if the devil was speaking”.

“We always wondered if she was sick. So I tried something: if she sprinkled it with holy water, the demon would scream: ‘Burn!’ Then I used normal tap water. There was no reaction.”

“That’s when I realized that holy water is more than a reminder of baptism: it makes a difference. Now I understand the statement that the devil is afraid of holy water”, underlined the Bishop.

“Then she would go back to being normal and friendly. There is no such rapid change when there is mental illness”, explained the Swiss Prelate.

Bishop Gächter indicated that he knew that the woman was already freed from demonic possession when, in one of the exorcism sessions, “suddenly she opened her eyes. He asked us in his soft voice what we were doing. We answered: ‘We pray for you’. He took the cross, hugged it and kissed it. Then we knew that she was released”.

The Prelate indicated that to be an exorcist it is necessary to be a priest and have a “good theological and pastoral understanding”, as well as psychological knowledge to “recognize mental illnesses such as psychosis, schizophrenia, paranoia or trauma.”

The Bishop stressed that he receives about 40 queries each year, from people who come from Croatia, Italy or some African countries.

Archbishop Gächter said he did not have the devil and encouraged people to always defend themselves against him by praying. “Jesus exhorts us to remain vigilant and to pray devoutly every day in the Our Father ‘deliver us from evil’”.

When asked if there is a need for liberation prayers, the Bishop replied that “yes, and a lot. I motivate people to trust God more. I tell you: God is stronger than disease, devils or demons”.

“Deliverance prayer is not always about casting out the devil, but about putting something that was wrong back on the right track,” he said.

In closing, the Auxiliary Bishop Emeritus of Basel stressed that “a prayer is always good, so I pray every day for the burdened people because there are a huge number of them.”

He received episcopal consecration on May 28, 1987. He served in the Diocese of Basel until his resignation, due to age, on December 22, 2014.

Terelu Campos reacts to Pipi Estrada's return to 'Sálvame': 'She is not part of my life. It's from my past

Thu Apr 28 , 2022
Pipi Estrada has returned to the set of ‘Sálvame’ after 10 years away from the Mediaset world and has done so remembering old times. The now collaborator of the program has talked about the sentimental relationship he had with Terelu Campos and how badly it ended, even with a complaint […] 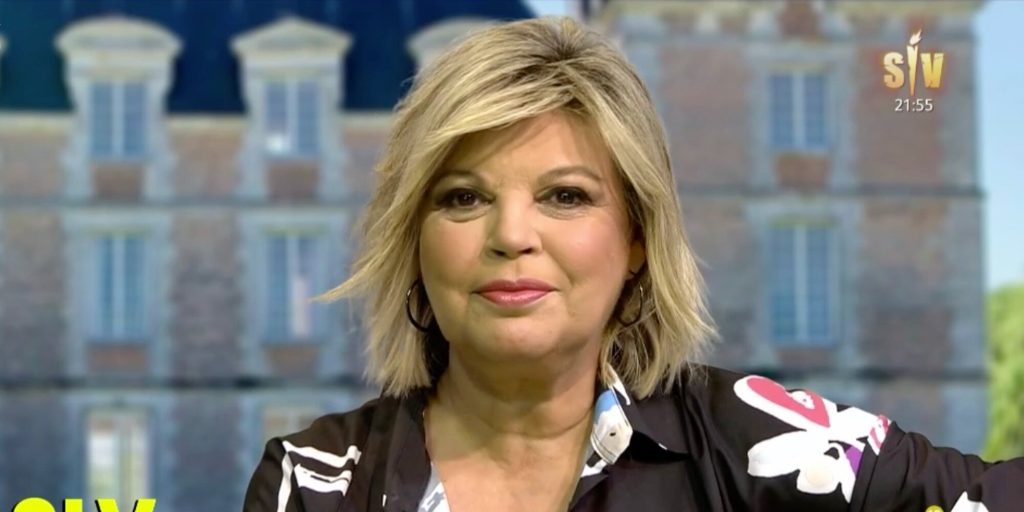