The Bishop of Sacramento (United States), Msgr. Jaime Soto, expressed his solidarity with the victims of the shooting that occurred early Sunday morning and the murder of a family in February, which have devastated California in recent weeks, and called on the faithful to unite to restore hope and peace.

In the early hours of April 3, a shooting between 9th and 13th streets in Sacramento left at least six dead: three men and three women, and 12 injured people who received medical attention in different local hospitals.

According to Sacramento Police Chief Katherine Lester, officers heard the shots around 2:00 am in an area filled with bars and restaurants downtown. She specified that it happened after a “big fight” near the local Capitol and the Golden 1 Center pavilion, where the Sacramento Kings NBA basketball team plays.

Sacramento Mayor Darrel Steinberg said during a news conference that some of those hospitalized were “seriously and critically injured.” In addition, he noted that “the increase in gun violence is the scourge of our city, state and nation.”

The shooting follows another shooting in Sacramento on Feb. 28, when a man gunned down his three children and a companion at a local church, then killed himself. According to agent Scott Jones, it was an episode of family violence.

The Bishop of Sacramento, Msgr. Jaime Soto, lamented the tragic shooting that left dead and wounded and “the brutal violence against an innocent family just a few weeks ago.”

Archbishop Soto said that the recent episodes of violence have left “a community devastated by an incomprehensible rage” and that “the suffering inflicted will continue to reverberate among all of us.”

However, he called on the population not to be indifferent, but to show solidarity with the suffering of those affected. “Foolish as these bloody acts are, let us soberly resist becoming numb to the pain we now share in common,” instead, “remember to invest the necessary moral capital, which comes from being good neighbors to one another,” he said.

“As neighbors, we are hurt by the tragedy that has broken out in our streets. As neighbors we must share the common task of healing and helping, ”she stressed.

“Only then can we restore hope and peace to our communities. This must be our relentless response whenever violence rages among us,” she added.

Finally, he called on the faithful of Sacramento to live intensely the last week of Lent and offer it for peace in their community.

“As we approach the sacred days of Holy Week and the Easter Triduum, prayer, fasting and works of charity are the tools that Jesus gives us so that we can cultivate in our communities a spring of mercy and harmony”, concluded Mons. Soto.

Today San Vicente Ferrer is celebrated, who invites us to announce Christ

Tue Apr 5 , 2022
Every April 5, the Catholic Church celebrates Saint Vincent Ferrer, priest, member of the Order of Preachers, teacher of theology and philosophy, preacher of the Gospel. “If you want to be useful to the souls of your neighbors, turn first to God with all your heart and ask him with […] 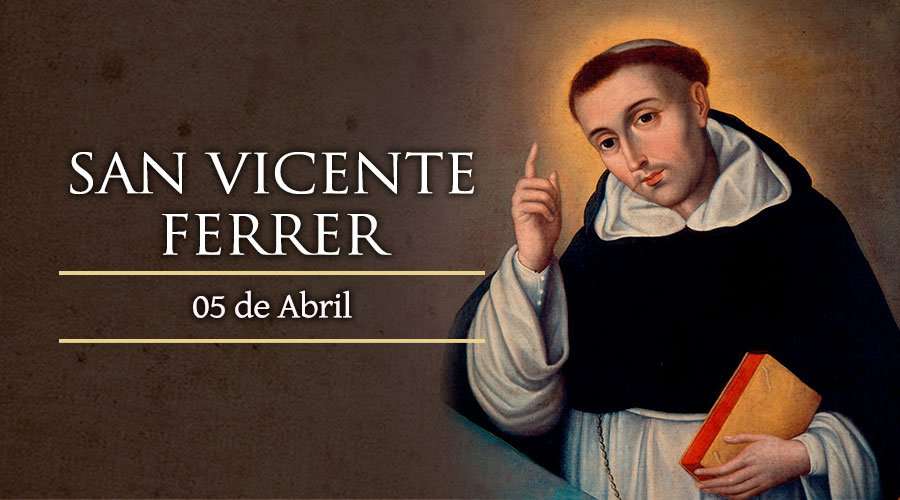