The Bishop of Cuenca (Spain), Msgr. José María Yanguas Sanz, called on the Catholic faithful to pray the Holy Rosary as reparation for an obscene exhibition recently carried out by a group of women in front of the Cathedral.

The obscene show was performed on Monday, May 16, by a group of women who call themselves “Yeguada Latinoamericana.”

Five of the women who made up the group arrived outside the Catholic Cathedral half-naked, while a sixth represented the Virgin Mary. At one point, they crouched down and showed their buttocks and private parts, covered only by a braid of hair.

The police arrived at the scene alerted by the neighbors and asked them to identify themselves. At the time, the organizer of the obscene demonstration, Chilean Cheril Linett, said that she was doing a photo shoot.

Faced with warnings from the authorities, the women withdrew without being arrested and fined.

In his statement released on May 17, the Bishop of Cuenca pointed out that these scenes “deserve the firm rejection and unreserved censorship of every person of good sense and, with even more reason, that of so many people of faith, who feel humiliated and wounds, rightly so, in his most intimate feelings”.

“It is difficult to understand the reasons that can lead some people to act in a way that damages the most elementary respect due to others, and that violates the basic rules of serene citizen coexistence. Such behaviors produce embarrassment and embarrassment for others”, said the Prelate.

For Bishop Yanguas Sanz “it is in no way admissible to confuse the right to have and defend one’s own convictions with gross insult and gratuitous offense against the faith of other people, with the sole purpose, moreover, of annoying and irritating.”

“I beg the priests and religious, the consecrated persons and all the other faithful of the diocese, in particular those of the city of Cuenca, to make amends to the Lord and to His Holiness. Mother with the prayer of the Holy Rosary in the family or in the parish itself, and that they ask the Lord for the conversion of the authors of the unfortunate events, “he said.

This Thursday, May 19, acts of reparation have been scheduled in different places of the diocese, which will culminate with the Prayer of Reparation that will be presided over by the Bishop of Cuenca, Msgr. José María Yanguas, in the Cathedral.

The Christian Lawyers platform assured that it will bring to justice a complaint against the women who carried out the obscene display outside the Cathedral of Cuenca.

In a statement, the organization of jurists pointed out that the women could have committed three crimes: incitement to hatred, crime against religious feelings and crime of illegal demonstration.

The president of Christian Lawyers, Poland Castellanos, said that “this act, completely shameful and out of place, is a major insult to religious beliefs.”

“These ladies, who pose naked in front of our churches, all they want is cheap publicity at the cost of offending Christians,” he criticized.

“These actions represent gratuitous attacks on our religious beliefs and we will go as far as necessary so that these acts do not go unpunished,” he warned.

Today we celebrate San Bernardino de Siena, promoter of devotion to the Most Holy Name of Jesus

Fri May 20 , 2022
Every May 20, the Church celebrates Saint Bernardino of Siena, Franciscan minor friar and priest, distinguished preacher and great disseminator of devotion to the Most Holy Name of Jesus: “The Name of Jesus is the light of preachers, since its splendor is the who makes his word announced and heard”, […] 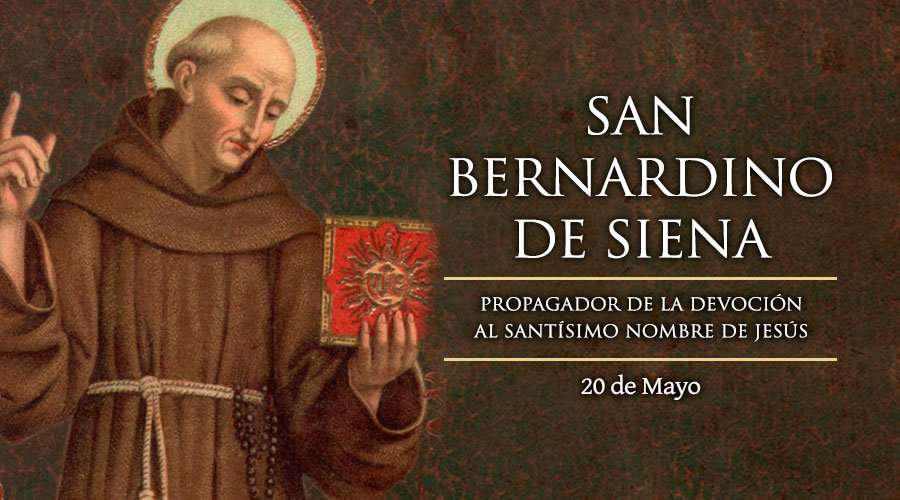