This weekend (May 21 and 22) the small Italian town of Portofino is a true revolution. Kourtney Kardashian and Travis Barker have chosen a castle located in the hills of the town to celebrate what will be their third wedding and the first to be attended by family and friends. For this reason, each and every one of the members of the Kardashian-Jenner clan are already there since Friday the 20th at night.

The children of Kourtney Kardashian (Scott Disick is not invited) and also the children of Travis Barker; Kim Kardashian with her daughter North West; Kris Jenner and his partner Corey Gamble; Khloe Kardashian; Kylie Jenner with her daughter Stormi; Kendall Jenner with her boyfriend Devin Booker; Stephanie Shepherd, Kim’s former assistant and best friend of her girlfriend; the sisters’ trusted makeup artists and hairdressers; Megan Fox, also a great friend of the bride… It doesn’t seem that anyone is going to miss this great link to the most mediatic family in the United States.

A fairly extensive guest list for what the future husband and wife have used up to now, who have turned Portofino into the Hollywood Walk of Fame. What no one expected was that, among all those members of the ‘A list’, Beyoncé was also going to be there. As reported by the magazine ¡HOLA! Exclusively, the singer is also in the small Italian town to attend the wedding.

Portofino, the town with the most celebrities per square meter

According to the source who has spoken with the magazine, they coincided with the singer and many other familiar faces at the hotel where they all stayed during the weekend: “There were around 20 friends and family of the couple staying at the hotel and everyone was very nice, elegant and excited about the wedding. We chatted by the pool, “he admits: “The city went crazy when the Kardashians arrived and everyone looked amazing up close and they looked so happy to be in such a place. beautiful for the wedding.

What is not known -yet- is if Beyoncé attends as a guest like the rest of the guests or, instead, is going to act during the link. It may seem crazy, but during the last wedding of the Kardashian clan that was that of Kim and Kanye in 2014 -also held in Italy-, the couple had Lana del Rey as a musical performance, so it would not be so far-fetched either. Those who will surely perform at the wedding will be the groom’s bandmates, the group Blink-182, who are also known to be invited.

Sun May 22 , 2022
Chanel returned to Spain after Eurovision 2022 turned into a real star. The singer had made history in the contest with a third place -something that did not happen in 1995- and with the highest score in the country in history. Not even 24 hours after appearing on the stage […] 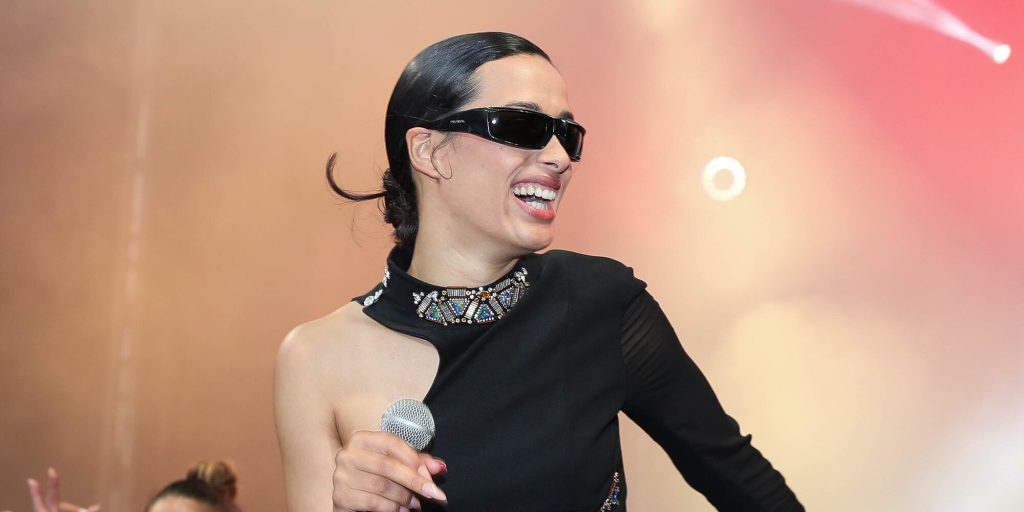