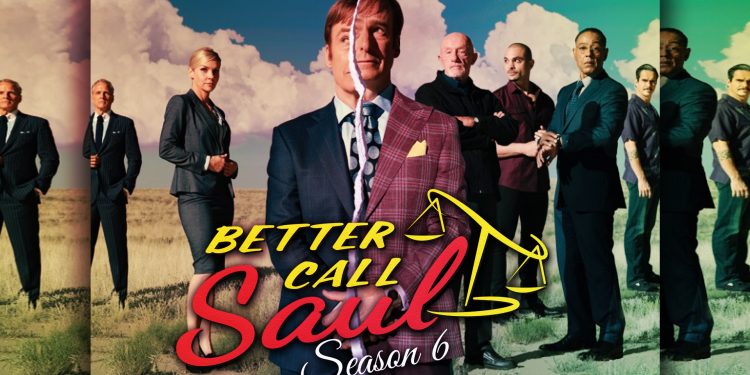 0
SHARES
105
VIEWS
Share on FacebookShare on TwitterShare on WhatsApp

Fans are eagerly waiting for Better Call Saul Season 6. Not only the upcoming season will answer several questions from season 5, but it will also reveal the fate of Saul Goodman. The show’s producer and writer, Thomas Schnauz has hinted via some social media posts that the filming is almost complete. Let’s find out when will Better Call Saul Season 6 release?

As of now, there isn’t any official release date for Better Call Saul Season 6. But several social media posts from show producer and writer, suggest that the filming is almost done. Since the show is in the filming process, we are one step closer to getting a release date. If everything goes as planned, we can expect the sixth season to release in 2022. Moreover, if fans get extremely lucky, they might hear some good news at the end of this year.

Like several other series and movies, the production of Better Call Saul Season 6 was also delayed due to the COVID-19 pandemic. However, the filming began in March and is at its final stage. The Better Call Saul team found various shooting alternatives. Some of them collaborated with each other via technology while some stayed and quarantined together. Henceforth, they are trying their level best to release the show for its fans as early as possible. Keeping the production status in mind, we might see a sixth season in early 2022.

What to Expect from Better Call Saul Season 6?

Now that we have predicted a release date for Better Call Saul Season 6, we might as well predict what can the sixth season bring for its fans.

Fans will come to know the fate of Kim Wexler. Moreover, we will see more of Jimmy and Lalo in the sixth installment as well.