“On the night of Monday, April 4 to Tuesday, April 5, 2022, unidentified armed men broke into the religious community of the Yalgo parish, in the Diocese of Kaya, and kidnapped Sister Suellen Tennyson of the Congregation of the Marianist Sisters of the Holy Cross”, indicated a note from the Bishop published this Tuesday.

“83 years old and of American nationality, the nun had been in service at Yalgo since October 2014,” added the Bishop.

The Prelate said that “sister Suellen Tennyson was taken to an unknown destination by her captors who, before leaving, vandalized the rooms of the place and damaged the community vehicle that they also tried to take.”

“Hoping that the investigations carried out to find it will be successful, we remain in communion of prayer for the liberation of the sister”, he indicated in the text.

To conclude, the Bishop offered his prayers for the other religious of the congregation and the local faithful.

“We also pray for his sisters, for his congregation and for the pastoral agents and the faithful of the Yalgo parish, located 110 kilometers from Kaya, capital of the north-central region”, concluded the African Prelate.

This is not the first time that armed men belonging to extremist groups such as the Islamic State have attacked members of the Church in Burkina Faso.

In February of this year, some 30 armed jihadists attacked a minor seminary where 140 young people are trained, in the Diocese of Fada N’Gourma, in the eastern part of the country.

“Although there were no human losses, they have left considerable material damage,” the pontifical foundation Aid to the Church in Need (ACN) reported at the time.

Likewise, the Diocese of Banfora reported that Fr. Rodrigue Sanon, who had been reported missing, was found dead on Thursday, January 21, in a forest located about twenty kilometers away.

In May 2019, the Spanish missionary Salesian priest Fernando Hernández, 60 years old, was murdered in the Salesian work of Bobo Dioulasso by a former cook of this center.

Today we celebrate Saint Peter of Verona, assassinated for defending the truth

Wed Apr 6 , 2022
Every April 6, the Church remembers Saint Peter of Verona, Dominican priest and friar, theologian, preacher and member of the Tribunal of the Holy Office. San Pedro Mártir, as he is also known, was the second member of the Order of Preachers to be canonized (the first was Santo Domingo […] 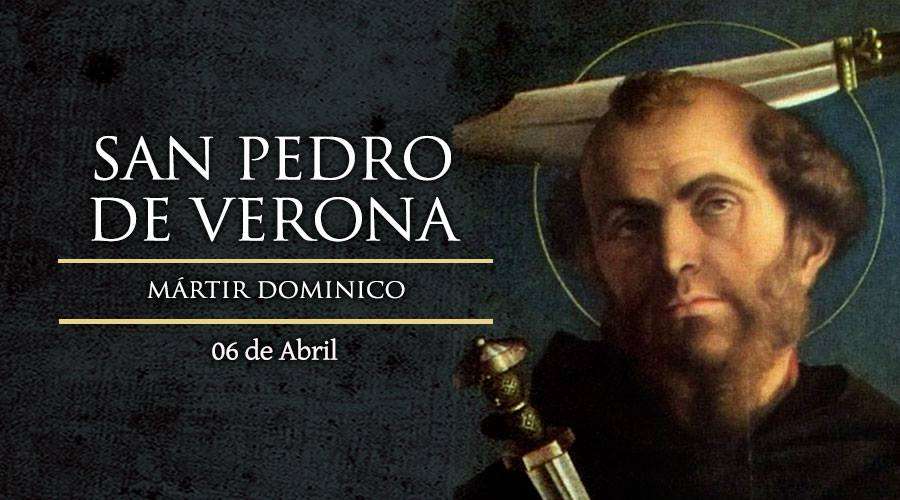