The Kings have come to preside over the Armed Forces Day parade, an act that has regained its solemnity after the pandemic. 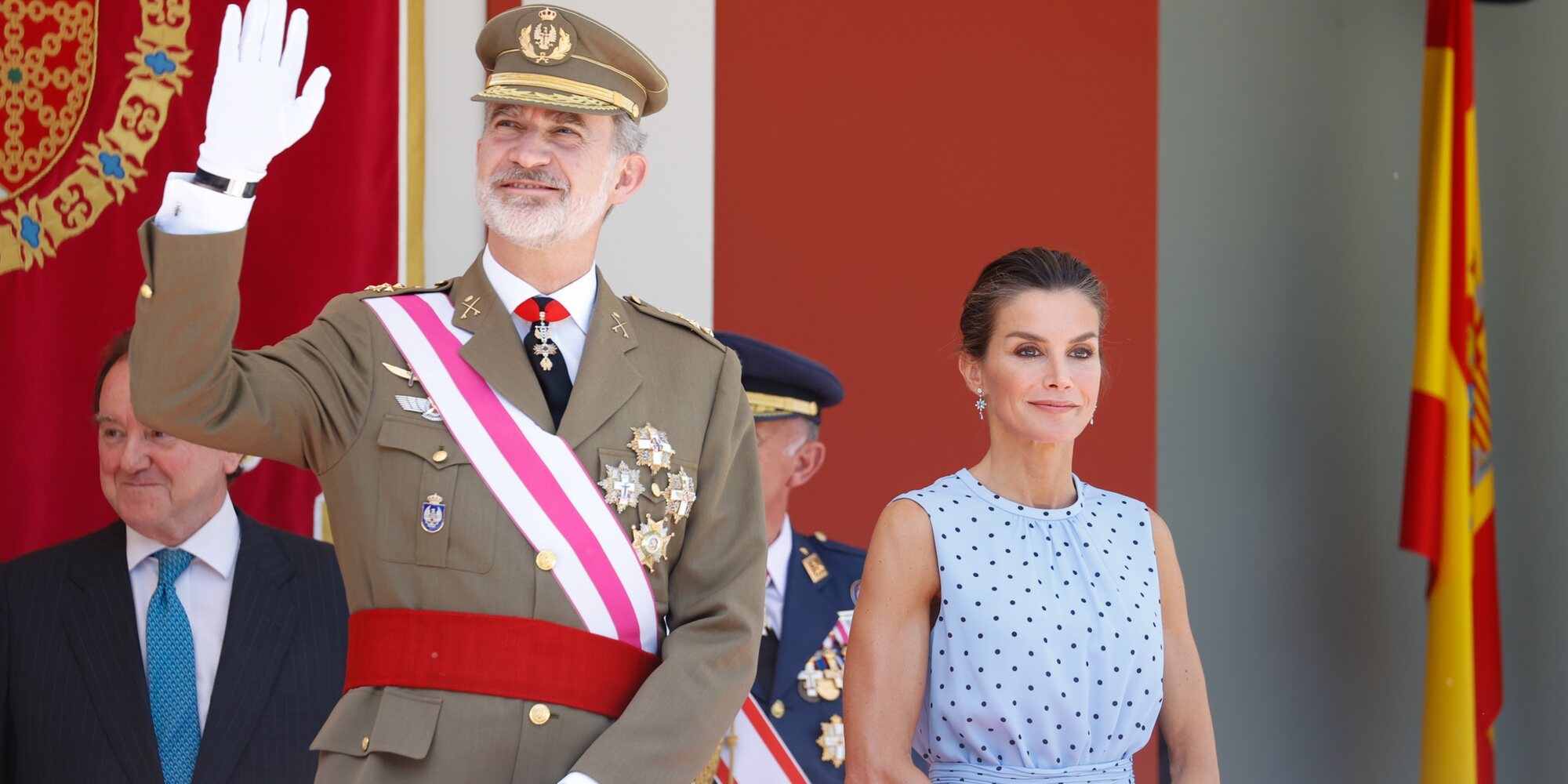 The pandemic has caused many events to lose their splendor, but over time the pandemic has subsided and everything returns to the old normal. One of these acts has been the celebration of the Day of the Armed Forces in Huesca, to where the Kings of Spain have traveled to preside over the parade in a year in which it becomes even more important.

King Felipe and Queen Letizia arrived at the place greeting kindly those who were present, who wanted to see them up close in such an important act in which the masks have already disappeared. The day has gotten up very sunny and they have been able to enjoy a parade in which the soldiers have returned to Paseo Juan XXIII to parade before the King and Queen of Spain, who were in the box very attentive to everything. 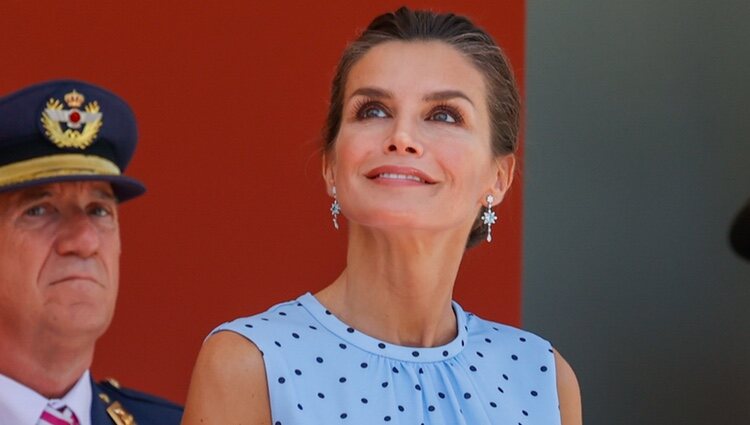 Queen Letizia looking up at the Armed Forces Day 2022 parade

As usual in these acts, it is inevitable to comment on the styling chosen by Queen Letizia. On this occasion, the Queen has opted for a beautiful blue dress with wide straps with polka dots and ruffles. Hair pulled back in a low bun and elegant earrings completed the look chosen for Armed Forces Day. For his part, King Felipe wore the uniform of Captain General of the Army.

Accomplices during the parade

The Armed Forces Day parade began with the parachutist landing just in front of the Kings box, after which the parade began with the passing of the different units, a total of 1,300 soldiers paraded, and the tribute to the fallen with a floral offering. During the act, King Felipe and Queen Letizia could be seen sharing confidences and in a very complicit attitude, demonstrating that their marriage is at its best. 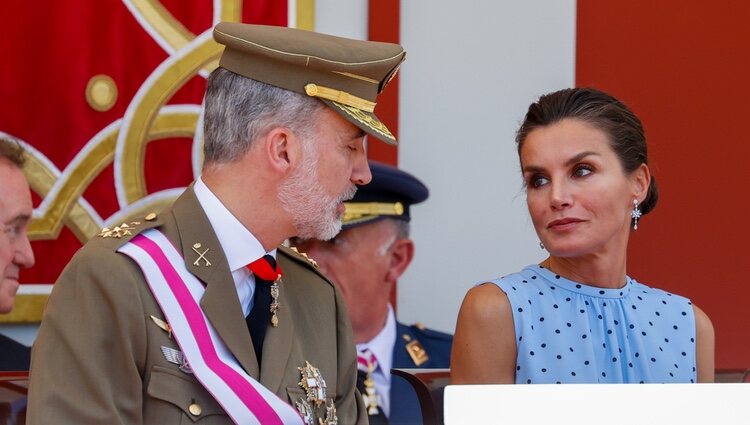 After this, the King and Queen attended a cocktail reception at the Palacio de Congresos where they were together with 550 guests. There were four Michelin stars that took care of said cocktail and among the menu you could find sturgeon, trout, lamb tail and kombucha drink, a type of tea that Queen Letizia likes a lot and that they put out of deference to her.

The son of Aurah Ruiz and Jesé Rodríguez, admitted to the hospital for his illness

Sat May 28 , 2022
HomeCelebritiesThe son of Aurah Ruiz and Jesé Rodríguez, admitted to the hospital for his illness VERY WORRIED The couple’s son has returned to the hospital to treat another of the problems derived from the rare disease he suffers from. Lidia Pinilla Villuendas 28 May 2022 Aurah Ruiz has shared bad […] 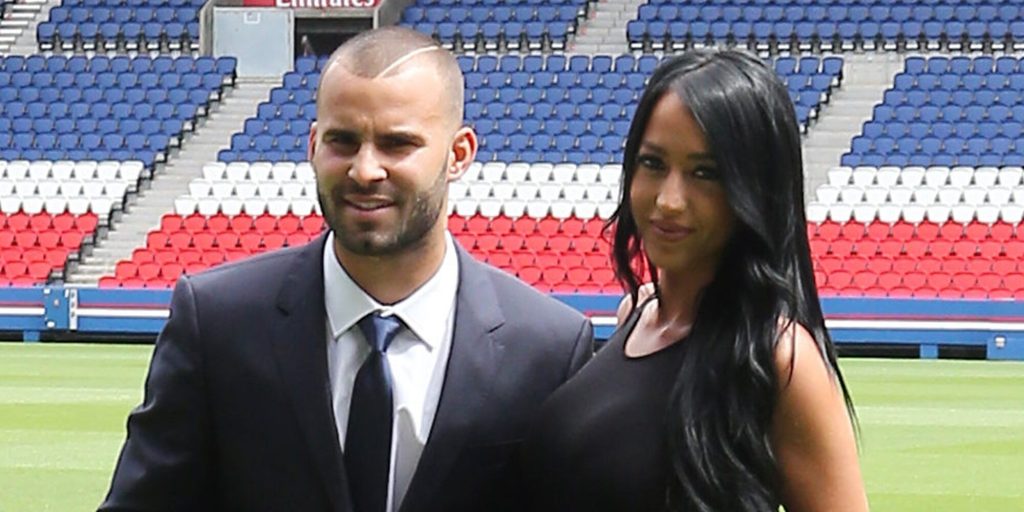