The Archdiocese of Cuenca, in Ecuador, mourned the deaths and injuries caused by violent clashes between criminal gangs in a prison, and called on the government to work to end the violence, prioritizing peaceful coexistence.

On Sunday, April 3, a violent dispute began between gangs of criminals inside the Turi Social Rehabilitation Center. According to the neighbors, shots were heard and the explosion of bombs and some prisoners had reported the confrontation to their relatives.

Later, the General Secretariat of Communication of the Ecuadorian presidency reported that 20 bodies of deceased inmates were transferred to the local forensic center.

The Minister of the Interior, Patricio Carrillo, declared that at least 800 policemen and soldiers were jailed, but he ruled out taking the same measure as President Guillermo Lasso last year; and he explained that “there is an organization that wants to have absolute power inside the center and there are some cells that have rebelled against them.”

In 2021, more than 300 inmates died due to the confrontation between criminal gangs in the same prison. To deal with the increase in violence caused by drug trafficking, President Lasso declared Ecuador in a state of emergency.

Given what happened, the Archdiocese of Cuenca published a statement where it lamented the violence and “the death of some brothers deprived of liberty”; and expressed his “closeness and solidarity with the relatives of the deceased and the injured […] joining their pain and expressing our moral and spiritual support”.

In addition, he called to remember that “human life is a fundamental value and a gift from God, which must be cared for and respected in its entirety, regardless of the social conditions that surround it.”

In this sense, he cited the words of Pope Francis, who said that “no one, under any circumstances, can be deprived of his dignity”, and rejected any act of violence. “We believe in the God of Life and we oppose any act of violence that is detrimental to the dignity and life of the human person,” he said.

The Archdiocese also ratified its “commitment to continue, through prison ministry, the work of spiritual accompaniment to our brothers deprived of liberty”; and called on the Government of Ecuador to investigate the root causes of the tragic event and take concrete measures to protect the lives of prison inmates.

He also pointed out that he wishes to “remember that the State has the inescapable duty to adopt all immediate measures to guarantee the rights to life and integrity of persons deprived of liberty.”

For this reason, he added, “we call on the relevant authorities to carry out a prompt and unbiased investigation, thus seeking the structural causes of the problem in the country’s prisons, in order to prevent similar situations in the future.” .

Finally, the Archdiocese prayed to God for Ecuador, and for the authorities to make the right decisions to find a solution that prioritizes social peace and ends the violence.

“We entrust to the God of Life the project of peace that society longs for so much and we ask for wisdom, so that our authorities speed up and make judicial processes transparent and prioritize processes of peaceful coexistence in detention centers and in society, characterized today also for violence,” he concluded.

Sat Apr 9 , 2022
Today, April 9, the Arab princess who converted from Islam to Christianity and achieved sainthood is remembered, moved by the ideal of Christian charity. This is Santa Casilda de Toledo, whose name, “Casilda”, means “poetry” or “art” in Arabic. She was precisely an artist, the great Spanish painter Francisco de […] 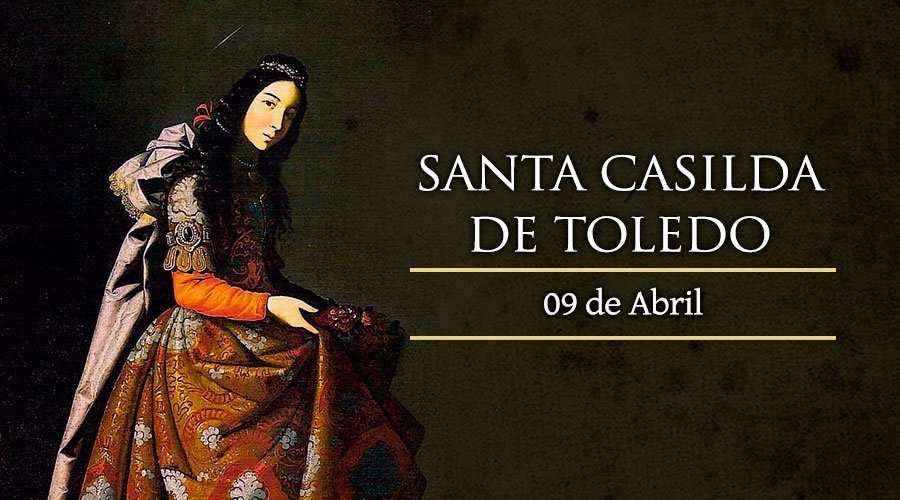