The Archbishopric of San Salvador (El Salvador) reported that its Archbishop Emeritus, Msgr. Fernando Sáenz Lacalle, who was the confessor and spiritual director of the martyr Saint Óscar Arnulfo Romero, died this morning at the age of 89.

Through Twitter, the Archbishopric of San Salvador stated that “Monsignor Fernando Sáenz Lacalle, archbishop emeritus of San Salvador, passed away this morning. We commend his eternal rest.”

We commend his eternal rest. pic.twitter.com/izLx2VP4zN

Bishop Sáenz Lacalle was born on November 16, 1932 in Cintruénigo (Spain). He graduated in Chemical Sciences at the University of Zaragoza and then studied Philosophy and Theology at the Pontifical Lateran University in Rome.

He was ordained a priest at the age of 26, in 1959, incardinated in the Priestly Society of the Holy Cross, an institution linked to the current Prelature of Opus Dei. In 1962 he arrived in El Salvador.

In 1984 Saint John Paul II named him Auxiliary Bishop of Santa Ana (El Salvador). By 1993 he would become the apostolic administrator of the country’s Military Ordinariate.

On April 22, 1995, Saint John Paul II appointed him Archbishop of San Salvador and received the Pope on his second visit to El Salvador, in 1996.

During his pastoral government, he was a clear defender of the right to life from conception and expressed his rejection of attempts to decriminalize abortion in the country.

Saint Óscar Romero, assassinated for hatred of the faith on March 24, 1980 in San Salvador, frequently participated in the spiritual formation meetings of the Priestly Society of the Holy Cross.

For several years, the Salvadoran saint received the spiritual direction of Fr. Juan Aznar, also linked to Opus Dei. When he had to travel to Costa Rica, then Fr. Fernando Sáenz Lacalle assumed that responsibility.

Bishop Sáenz Lacalle was precisely close to Saint Óscar Romero in his last hours of life. From the morning of March 24, together with a group of priests, they had a training space directed by the priest of Opus Dei, who had previously picked him up by car from the offices of the Archbishopric of San Salvador.

Among the topics that were discussed on that occasion, Bishop Sáenz Lacalle would recall years later, were the Cristeros of Mexico and Blessed Father Agustín Pro.

The priestly meeting ended around 3:00 pm, and then. P. Fernando Sáenz Lacalle took him to the Hospital de la Divina Providencia, in whose chapel Saint Óscar Romero would be assassinated shortly after during the celebration of Mass.

Fri Apr 29 , 2022
Close to the celebration of the feast of Saint Catherine of Siena, Doctor of the Church who belonged to the third order of Santo Domingo, we present 12 fascinating facts about this saint. 1.- He had a twin Although it is not clear if they were identical or not, Saint […] 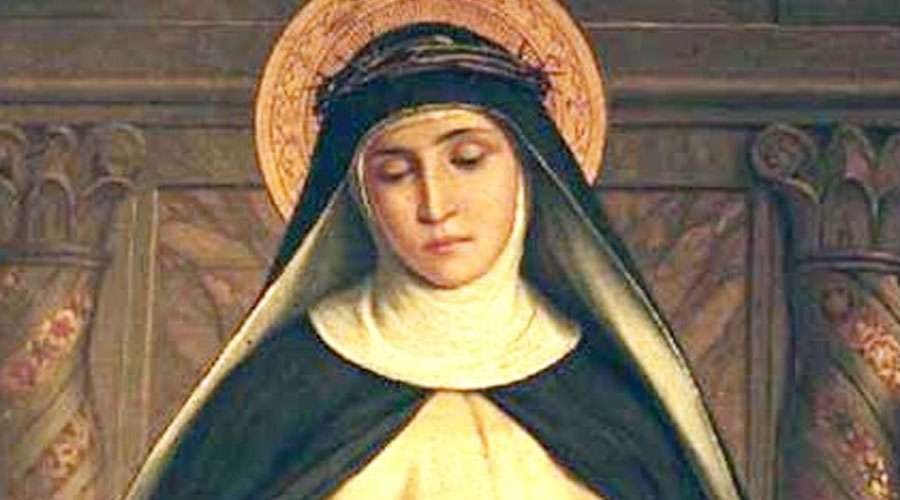