The Archbishop of Kansas City (United States), Bishop Joseph Naumann, has expressed his sadness at the way in which Pope Francis has handled the controversy over the actions of the country’s president, Joe Biden, and the president of the House of Representatives, Nancy Pelosi, whose positions are totally at odds with the teaching of the Catholic faith in the sanctity of human life.

This was expressed by Bishop Naumann in an interview with the German newspaper “Die Tagespost”, published on Wednesday, July 13.

“His advisers and the people around him have completely misinformed him about this,” the prelate added.

In an interview with CNA on Thursday, July 14, Bishop Naumann reaffirmed his comments to the newspaper, noting: “I said what I said.”

However, he clarified that he spoke to the German media before learning of Pope Francis’s most recent comments on Biden, in which the Holy Father referred to the US president’s pro-abortion position as an “inconsistency” with respect to his faith. Catholic.

In the interview with Univisión and Televisa, broadcast on July 12, Pope Drancisco indicated that he leaves the matter to Biden’s “conscience”, but also suggested that the president discuss the conflict with his pastor.

“I was not aware of that statement from the Holy Father and I think it is helpful,” Msgr. Naumann explained to CNA.

“It’s very helpful because I think that’s exactly true, that his position is inconsistent with Catholic teaching. So I am grateful for that clarification from the Holy Father,” he said.

In his comments to the Tagespost, the Archbishop of Kansas City pointed out that “of course we have to be pastoral” when it comes to these matters.

“However, it is not pastoral to tell someone that they are a good Catholic and that they can receive Communion as a matter of course, when that person has committed a serious wrong,” he continued.

“The fact that the Pope received Pelosi was exploited politically. In doing so, Francis is doing exactly what he warns others not to do,” he said.

Biden, the second Catholic president in US history, has time and again supported the so-called “right” to abortion, despite the Catholic Church’s teaching that human life must be respected and protected from the moment of birth. the conception.

After meeting with Pope Francis in October 2021, Biden told reporters that Pope Francis told him to “keep receiving Communion.” The Vatican has neither confirmed nor denied Biden’s account.

Biden, the American Archbishop told the German newspaper, “knows what is right in this regard. There is no excuse. He must no longer present himself as a devout Catholic.”

Through his behavior, Archbishop Naumann explained, the President of the United States is telling the public: “I support legal abortions and I am a devout Catholic at the same time, so you can too.”

The Prelate emphasized that the line is crossed when politicians “flaunt their Catholic faith and advocate such evil.”

“President Biden claims to be a devout Catholic, but this is not really clear from his actions,” he continued.

“In my view, he is using the rosary and his attendance at Mass to present himself as a faithful Catholic,” he warned.

The American Archbishop indicated that “if you look at Joe Biden’s career, you see that he followed the line (of the Democratic Party), not the teachings of the Church,” he stressed.

Biden last week signed an executive order aimed at protecting abortion access, in response to the US Supreme Court’s decision to overturn Roe v. Wade in 1973, which legalized abortion across the country.

Given this, Bishop William Lori, Archbishop of Baltimore and President of the Pro-Life Committee of the United States Conference of Catholic Bishops (USCCB), described the measure as “deeply disturbing and tragic.”

In recent years, the US bishops have discussed and commented extensively on the issue of “Eucharistic consistency,” especially in reference to Biden and other US Catholic politicians.

Translated and adapted by Abel Camasca. Originally posted on CNA.

Sat Jul 16 , 2022
Princess Leonor and Infanta Sofía continue to take steps as members of the Spanish Royal House. While the first official solo act of the Infanta Sofía arrives, which may take longer to take place as she is younger and is not the heiress, the House of HM the King announced […] 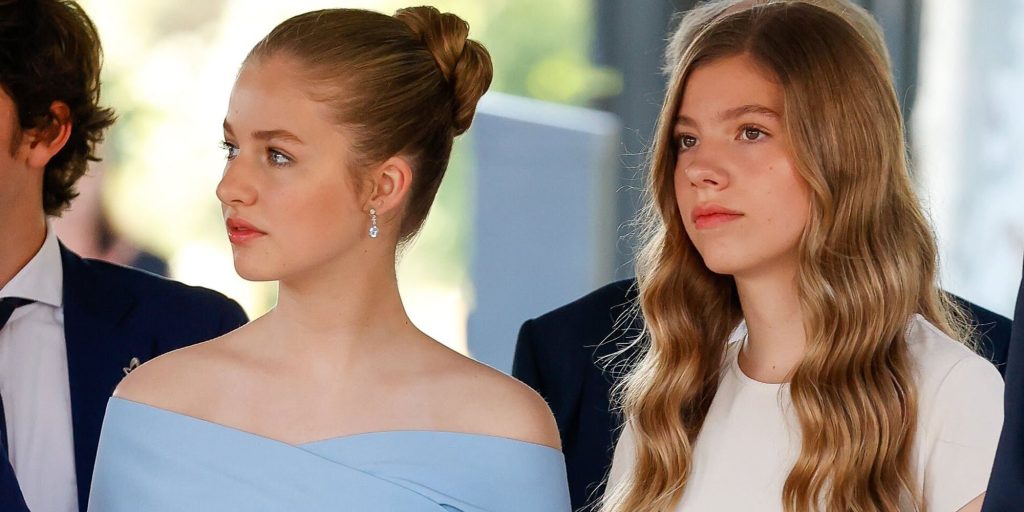