The President of the Episcopal Conference of Colombia (CEC) and Archbishop of Bogotá, Msgr. Luis José Rueda Aparicio, reminded the faithful that the Risen Christ renews all humanity, and called for the grace to combat the signs of death and sin that plague the world today.

The CEC press office pointed out that on April 17, during the celebration of Easter, Bishop Rueda recalled that “in a world threatened by war, Easter is an encounter with the loving and merciful face of Christ.” .

During the Mass, Msgr. Rueda said that “in the midst of the joy of the resurrection, the triumph of love and hope over death”, “four truths” about the Risen Christ should be remembered.

The first is that “the Risen Lord accompanies our path” throughout life even in the midst of suffering. “Our country, humanity can be sad, but the Risen One does not go away, he always accompanies us, from birth to natural death,” he indicated.

Then, he pointed out that “the Risen Lord dialogues, listens and is interested in us”, that is, “remains close, accompanies us along the way and illuminates with the Scriptures”.

In addition, he said that “the Risen Lord is close” and is present in each celebration of the Mass.

In this sense, the Prelate recalled that “all those who believe in Him receive, through his name, the forgiveness of sins”; and he encouraged us to ask the Lord to “remove from us the yeast of sin, of lies, of injustice and renew our personal, family, and social life. Make us unleavened bread of sincerity and truth.”

Also, “he insisted on the importance of cultivating sincerity and truth”, virtues that “help us move from pride to humility, recognize that we need God and our brothers, find ways of social friendship, cultivate dialogue to solve conflicts, and get out of the crisis of verbal aggression and deception”.

Likewise, he said that in this time of special grace, the “Risen Lord renews us all […] in joy, in community life, in mission”; and he encouraged the faithful to return “to the reunion” and evangelize, “because the Christian life is lived in community.”

The Risen Christ “leads us to live our condition as missionary witnesses that Jesus went about doing good; They killed him by hanging him on a tree, but God raised him on the third day. He commissioned us to preach to the people and bear witness,” he noted.

Finally, “he welcomed Colombia and the world under the maternal protection of the Most Holy Mary” and called for prayers “for the renewal of baptismal grace and for the Church to be a leaven that helps combat the signs of death and sin present in the humanity”.

Before finishing the Mass, Fr. Jorge Marín read the decree of the Vatican Apostolic Penitentiary that granted a Jubilee Year to the Primatial Cathedral of Bogotá, for the Bicentennial of its consecration.

During this time of grace, which will end on April 17, 2023, the faithful who visit the church will be able to obtain a plenary indulgence.

Check out the book The Stewardess is discounted based on it

Wed Apr 20 , 2022
In late November 2020, HBO Max launched a flight attendantThere, Kelly Cuoco played flight attendant Casey Bowden, who woke up next to a body in Bangkok. Now that the show is back for a second season, which premieres on streaming platforms on April 21, fans can’t wait to see what […] 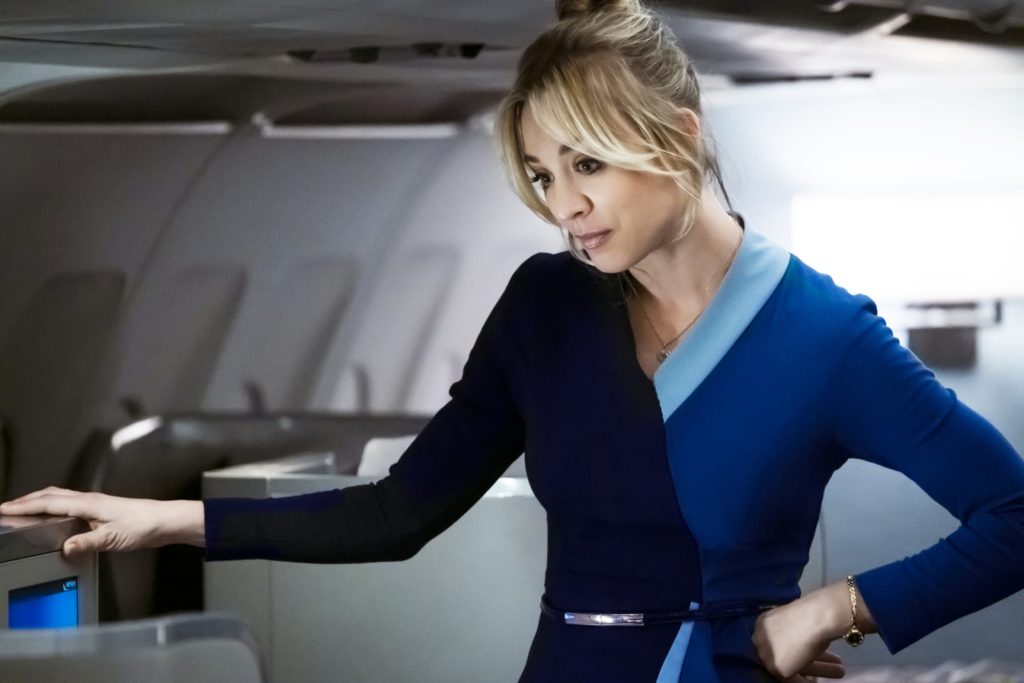