As the Russian invasion continues to wreak havoc in Ukraine, Angelina Jolie has made a surprise visit to the country to show her support for the victims of the war. The actress traveled to the city of Lviv, a town near the border with Poland, to visit injured children in a medical center.

“No child anywhere should be forced to leave their home, or witness the murder of their loved ones, or experience the bombing and destruction of their homes. But that is the reality for many children in Ukraine and around the world” has Jolie stated in a statement. Although the actress is a special envoy of the United Nations High Commissioner for Refugees, the agency has stated that she has not traveled to Ukraine on her behalf but has done so by her own decision.

At one point during the visit, Angelina Jolie had to be quickly evacuated when the siren sounded, warning of a possible Russian bombardment. Despite this incident, her time in Lviv, where she also visited a station, a boarding school and a cafeteria, where she signed autographs, went smoothly.

?? Actress and filmmaker Angelina Jolie was spotted at a cafe in western Ukrainian city of Lviv on April 30.

Jolie is a special envoy for the United Nations High Commissioner for Refugees.

Jolie, who has always been very involved in defending the little ones, especially from countries in conflict, already showed her support for Ukraine last April when she visited several Ukrainian refugee children in a hospital in Rome at the beginning of the month. .

The last time we saw Angelina Jolie in a movie was last year in Marvel’s ‘Eternals,’ in which she played Thena.

Sun May 1 , 2022
Elisabeth of Denmark celebrated her Confirmation on Saturday, April 30, 2022 at the Fredensborg Palace Church. This place, close to the Chancellery, residence of the Crown Prince’s family in spring, has been the scene of important events for the Danish Royal Family. Without going any further, on May 15, 2021, […] 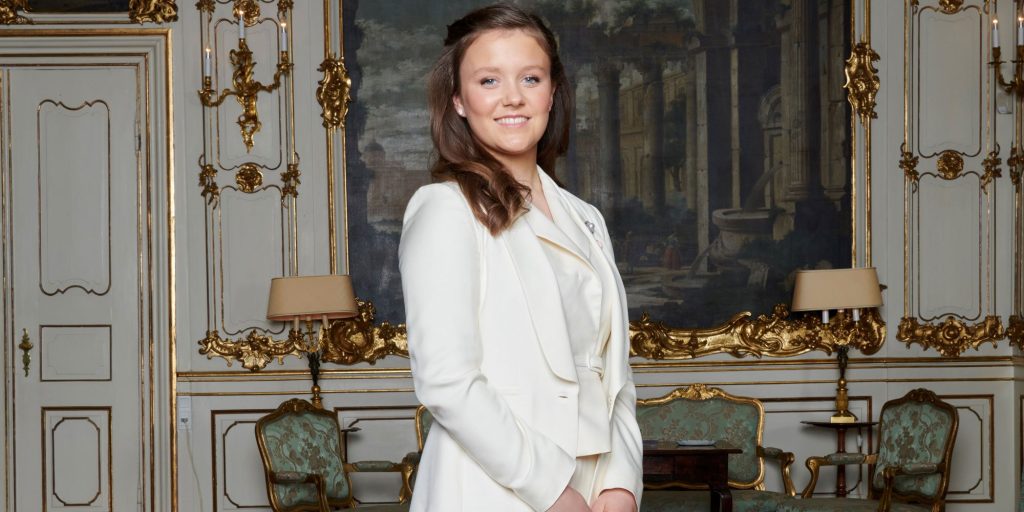