Andrew Garfield is right now on the crest of the wave. His role in ‘Spider-Man: No Way Home’ brought him redemption as Peter Parker and renewed love from fans. Also, thanks to ‘Tick, Tick… Boom!’ he got his second Oscar nomination for Best Actor, after ‘Until the Last Man’. Together with these two films, last year she released another, ‘The Eyes of Tammy Faye’, which earned her partner Jessica Chastain the Oscar for Best Actress.

But after years of non-stop, Garfield is ready to take a well-deserved break. Before his temporary retirement, however, we will be able to see the actor in ‘Under the Banner of Heaven’ (‘Under the banner of heaven’ in Spanish), the new Hulu series that adapts John Krakauer’s police novel. Garfield will play Pyre, a Mormon detective who must investigate the brutal murder of his mother and her daughter by followers of his own church.

“I’m going to get some rest,” Garfield said in an interview with Variety. “I need to recalibrate and reconsider what I want to do now and who I want to be, and be a bit of a normal person. Because, as you know, awards season is kind of a reset.” The actor doesn’t complain about the recognition but wants to “be a normal person for a while.”

Garfield has also talked about the shoot and how it helped them release tension on such a serious production. “I think it was very necessary for us to have games at night and get into nature and, you know, walk, swim, dive, dance and eat good food to come back to work stronger. We have to take care of ourselves in order to take care of history “, He explained during the interview.

Details of the new Garfield

The new production starring Andrew Garfield has been trying for years to be brought to the screen by Ron Howard, but it has been Hulu who has taken the cat to the water although in the form of a miniseries. It will be written by Lance Black, Oscar winner for ‘Milk’, and directed by David MacKenzie (‘Comanchería’). In the production are Jason Bateman and Howard himself.

Andrew Garfield returns to embody a character close to religion, as happened with ‘Silence’, ‘To the last man’ and ‘The eyes of Tammy Faye’. He leads a cast made up of Daisy Edgar-Jones, Sam Worthington, Wyatt Russell and Rory Culkin. The series arrives tomorrow, April 28, on Hulu in the United States, the premiere date in Spain is still unknown.

Wed Apr 27 , 2022
This April 27 marks 8 years since Pope Francis declared saints to the pontiffs Saint John Paul II and Saint John XXIII in a celebration in which thousands of clergymen including cardinals, bishops and priests participated. The Vatican estimated that on April 27, 2014, half a million people gathered in […] 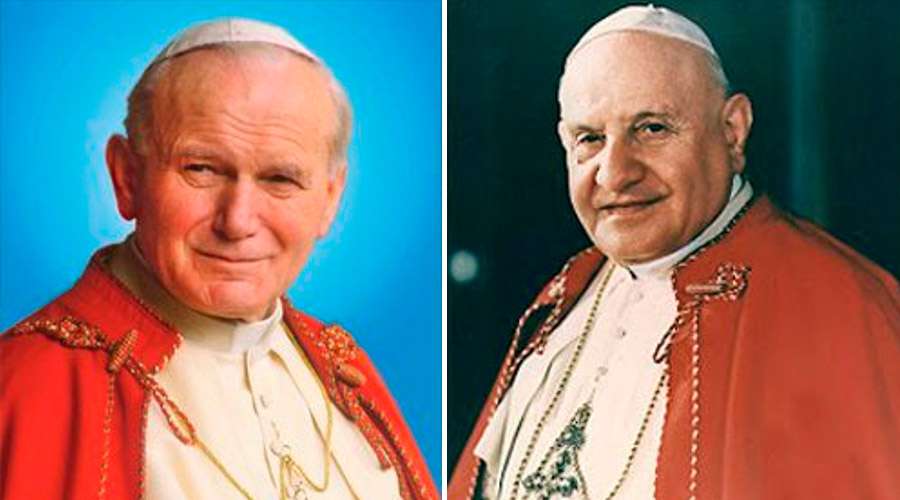