Twitter is, for some time now, the social network most reviled by celebrities. Almost since its inception, understood as an uncensored opinion forum, many celebrities have ended up going out the window as soon as a wrong action, a bad word or even a really serious controversy cost them gulps of negative criticism, insults and even threats. Instead, it remains the place where thousands of his followers enter every day and many of these runaway celebrities use it only as a bulletin board.

But instead of turning their profiles into a simple bulletin board, others have chosen the picaresque to make a publication go viral and generate expectations or give rise to speculations among their fans about what can happen with their work. And that is what Amaia and Paula Ribó, better known as Rigoberta Bandini, have just done, they have just made two simultaneous publications and appealing to each other and people have gone literally crazy.

The single will be coming very soon

And it is that this old trick his fans have it more than known. In fact, the winner of ‘OT 2017’ herself already announced her collaboration with Alizzz, a well-known music producer and singer who, by the way, also has a collaboration with Rigoberta Bandini. At that time the thing was much longer and the singer tweeted on November 16, 2019: “I have thought of you more than necessary”, to which Amaia responded, almost a year later, with: “The new cut so It suits you well”, two verses from ‘El Encuentro’, a single published on October 22, 2020.

And after hours of speculation, it was Vogue Spain that could confirm that, indeed, a collaboration between Amaia and Rigoberta Bandini is coming. And not only that, but they also advanced the date: July 8. An almost natural union since, in addition to both sharing many friends in the music scene, Rigoberta was co-author of ‘Welcome to the show’, one of the singles from Amaia’s latest album. White and bottled…

Stranger Things references to the cinema of the 80s

Thu Jun 30 , 2022
Stranger Things and eighties nostalgia The old is in fashion lately. Going back to the 80s is almost like savoring the happiness of its people, their youth, freshness and a reminiscence of all those first times in Spain and that cultural explosion worthy of being remembered. When looking for explanations […] 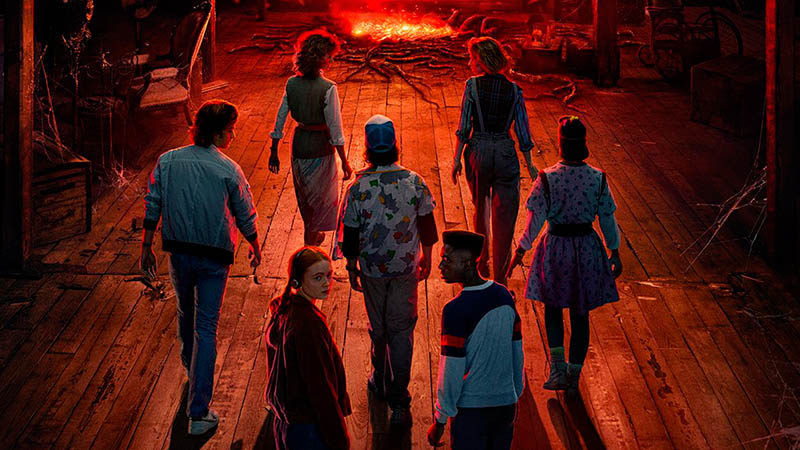