The pontifical foundation Aid to the Church in Need (ACN) reported that between May and June 2022, at least 68 Christians were killed in just one of the 36 states that make up Nigeria, not counting thousands of other people kidnapped or displaced.

“Naturally, having to live through this situation is terrible for me and my people,” Makurdi Bishop Msgr. Wilfred Chikpa Anagbe, who heads one of the dioceses that comprise Benue state, where the killings took place, told ACN.

In a report sent to the pontifical foundation, the Prelate lamented the government’s inaction and denounced that the violence continues to be carried out by terrorists from the Fulani tribe, who are mostly Muslims.

“It is revealing that the current Nigerian government continues to do nothing in the face of these persistent attacks, except to give laughable reasons such as climate change or that Muslims are also killed in the attacks at the hands of so-called bandits,” criticized the bishop.

ACN specified that these attacks, which go back centuries, always occur against predominantly Christian peasant communities in the central region of Nigeria.

According to Archbishop Anagbe, the terrorists disguise themselves as nomadic herdsmen to “hide” the true purpose of their attacks, which is to expel Christians from their lands.

“The scale of the killing, displacement and arbitrary destruction by these Fulani jihadist militias only reinforces a now-exposed political agenda to expel Christian communities from Nigeria and seize their land,” he explained. .

The Prelate said that this situation has caused “a serious and unsustainable food shortage” and regretted that many families have to survive only on charity.

“This precariousness means that many live in conditions that are incompatible with human dignity, often depending on food rations provided by people whose economic condition is not at all better,” said Archbishop Anagbe.

Markudi, the capital city of Benue, is currently home to 80% of the displaced in that state. Despite the difficulties, the Diocese of Makurdi does what it can to relieve suffering and need by providing food and essential goods.

Just a few weeks ago, the diocesan Commission for Justice, Development and Peace distributed donations of food and clothing to more than 1,800 people in one of the displaced camps, ACN detailed.

The diocese also awards scholarships to dozens of displaced children in need of an education.

Since 2009, when the insurgency of the terrorist group Boko Haram emerged with the aim of turning the country into an Islamic state, Nigeria has lived in a situation of insecurity. The insecurity situation has been further complicated by the involvement of Fulani herdsmen.

Nigeria is ranked the seventh worst country in the world to be a Christian, according to the NGO Open Doors. Some humanitarian organizations and experts even point out that the persecution of Christians in Africa’s most populous nation constitutes genocide.

How To Make Money From Stocks?

Thu Jul 21 , 2022
Stocks are a crucial component of accumulating money over the long term, But the challenge with stocks is that while their value might increase enormously over time, it is hard to accurately forecast their day-to-day fluctuation. Therefore, it is a concern of every investor how can stocks yield returns? Actually, […] 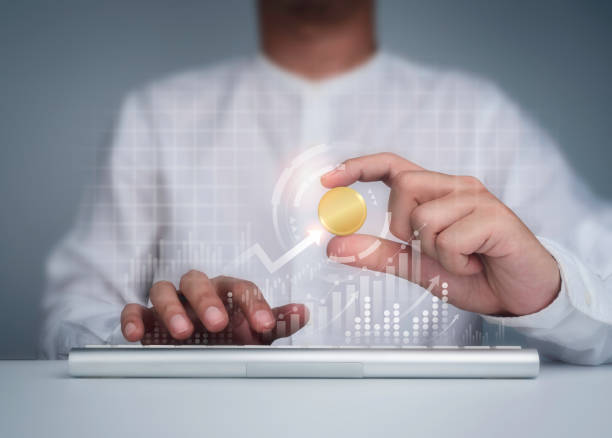