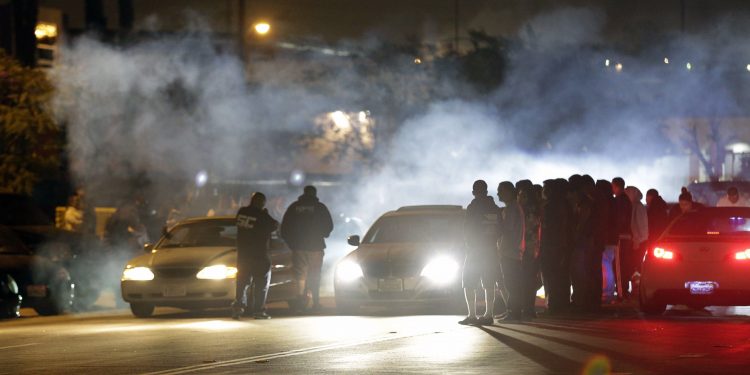 0
SHARES
3
VIEWS
Share on FacebookShare on TwitterShare on WhatsApp

Thinking about the title, I can just think of “How inhumane people can be, stooping down to new levels day by day.” As stated by the Police Officials, a lot happened that night, on the night of 17th March 2022. The Sheriff stated that a few young racers drove to one of the nearest grocery store’s Parking Spaces located in Southwest Bakersfield.

If we talk about the speed, that’s not normal on streets, three racing cars rammed around the streets at the speed of 100mph to 120mph. The fact that they didn’t race over one and a half miles but still things got messed up.

One and a half miles race took one’s lives, two were charged with second degree murdered and would probably be imprisoned, one got charged for an accessory. Beyond all these, the statements of the defaulters will shake you to your core.

Before that, the person who was found dead in this whole incident was barely in his 30s, his name is Antwon Washington and he was racing along with Brian Dickerson and Javontae Murphy, and both of them are charged with second-degree murder.

Now, the person who has been charged for an accessory is named Devin Rufus who carelessly states that as Antwon Washington was neither one of his family members or his friend nor he meant anything to Javontae Murphy, so they didn’t pay any heed to the accident.

The Fact was Antwon Washington met with the accident when he was racing and when the car got crashed he was projected out of it and he was lying outside smeared with blood. No doubt Rufus and Murphy stopped for a while and looked back while Washington was lying there dead bleeding, they didn’t care for it and got back into their cars and drove to the destination to have fun with girls which was pre-planned.

The Police stated that all the racers in the incident were drunk at the nightclub named Brix Lounge on Calloway Drive and the alcohol levels in their blood were too high. The Drinking incident followed the Race which occurred somewhere around 2:30 a.m. Antwon Washington drove a Maserati Quattroporte sedan while Javontae Murphy drove a 2014 Dodge Challenger coupe, and Brian Dickerson rode a Cadillac XT5 SUV.