The pontifical foundation Aid to the Church in Need (ACN) launched a solidarity campaign to support Catholic schools in Lebanon, which are at risk of closing due to the economic crisis, and thus prevent thousands of children from being left without education.

The pontifical foundation explained that during the last two years the support “was not focused on Christian refugees from the civil war in Syria”, as the economic crisis and the explosion in the port of Beirut caused a massive increase in emergency aid to vulnerable families and for the reconstruction of Catholic Church buildings.

However, the pontifical foundation warned that currently the economic crisis in Lebanon has increased considerably, to the point that “it is bleeding the country’s social institutions, especially those of the Catholic Church”, such as schools.

ACN General Secretary Philipp Ozores said that “Lebanon has suffered the most serious currency devaluation in all history”, that “emigration is massive and the basic social service is collapsing”.

“This means the greatest threat to the Christian presence in recent decades,” he said, explaining that “the great risk is that Catholic schools are forced to close.”

“If action is not taken now, the terrible and unrelenting crisis will lead to thousands of children being left without education and will decisively contribute to the decision of Christian families to emigrate,” he added.

ACN recalled that although in the past families could help pay part of their children’s education and the government contributed to support schools, today it is impossible. “Until two years ago, school fees were covered in part by families, but teachers were subsidized by the government,” he said.

“Because of the financial and economic crisis, parents are no longer able to pay school fees, and the Lebanese government has not paid subsidies for a long time,” ACN reported. “In some cases, schools have not received state aid for four years and can no longer pay their teachers,” he said.

The foundation explained that Lebanon is the only country with a significant Christian presence in the Middle East, after the mass exodus of Christians from Iraq and Syria; and indicated that “Catholic schools are open to all and in areas with a Muslim majority”, and assured that “even 90% of the students are Muslim”.

In this regard, Ozores assured that if Catholic schools close, not only will thousands of children be left without studying, but also “an important pillar for the social and cultural cohesion of this fragmented country” with a Muslim majority would be lost.

Ozores explained that “the Lebanese Church has promoted the education of generations of Muslims and Christians,” and stated that “this has had a positive impact on the way of thinking of many Lebanese, and has avoided fanaticism and religious extremism so widespread in other countries. of the Arab world.”

Faced with the crisis, the Apostolic Nuncio in Lebanon, Bishop Joseph Spiteri, asked for help from “different Catholic aid organizations around the world”, including the pontifical foundation.

In response, ACN allocated “almost 1.5 million euros (1.6 million dollars)” and launched the solidarity campaign, which seeks to “save more than 90 schools from imminent closure, among which are 61 schools in areas rural and poor neighborhoods of Beirut, and 19 technical schools distributed throughout the country,” he said.

The foundation said that in the first phase, 12 aid programs will be launched that will support more than 90 schools. He specified that scholarships will be provided to students from the most vulnerable families, which are between 25% and 70% of the total number of students, according to the school.

This measure “will relieve families who currently cannot pay their fees due to the crisis,” he said.

ACN indicated that another reason for the closure is that schools do not have the resources to cover their basic expenses and pay teachers, and this results in greater emigration.

Some schools “are not operating all five business days” and “in some cases, staff are allowed to sleep on site to reduce costs,” he said.

“The current average salary of a teacher has dropped from 1,000 to only 50 per month,” which explains why to date there are “more than 2,000 primary and secondary teachers who have left Lebanon in recent months, in search of a better job in Europe or in the Persian Gulf,” he added.

In this regard, Ozores said that “one of the pillars of ACN’s programs” is “to provide salary stability to these Church institutions,” therefore, the foundation said that they will send “emergency aid to teachers or members of the administrative staff of the schools”,

It seeks to help “compensate for the devaluation of their salaries due to the fall in the local currency and reduce the pressure they have to emigrate,” the pontifical foundation said. In addition, they will be offered support to “afford basic products beyond their reach, such as fuel.”

In addition to the solidarity campaign, ACN promised to continue supporting Lebanon with “pastoral and spiritual help to strengthen and give hope to Christians, especially young people, but also to priests, seminarians and nuns.”

Today we celebrate the Third Sunday of Lent 2022

Sun Mar 20 , 2022
This March 20 the Catholic Church celebrates the Third Sunday of Lent. The Gospel of the day corresponds to the reading of Luke 13, 1-9, a passage in which Jesus points out: «Unless you convert, you will all perish in the same way». Below you can read the Gospel and […] 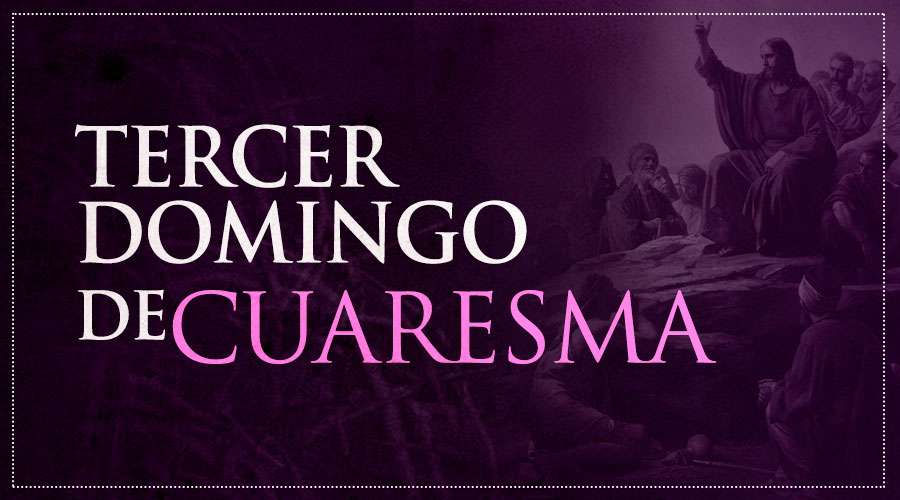