The HazteOir platform awarded Jordi Sabaté Pons, for his courage to defend and love life, his fight against euthanasia “and his tireless work to improve the situation of people suffering from Amyotrophic Lateral Sclerosis (ALS)”.

On Saturday, June 25, Sabaté received the award at a dinner held in Madrid, where other defenders of faith, life and religious freedom were also awarded.

“Hello handsome and beautiful. I am Jordi Sabaté, I am 38 years old and I have had ALS for 7 and a half years and I am very bald, ”said the also famous youtuber with good humor, when he began his speech after receiving the award.

In a special chair and helped by a machine that converts what he dictates with the movement of his eyes into a voice, Sabaté thanked the award and explained that “ALS is a neurodegenerative and muscular disease, it paralyzes all the muscles of the body, including the muscles that allow eating, speaking and breathing”.

“The only muscles that are not affected are those that control the eyes, the sphincter and something that is to be appreciated, it does not affect sexual function. We do not lose sensitivity in any part of the body and our intellect and mind is not affected either. I am that way from birth,” she joked.

Jordi Sabaté also said that the average life expectancy of someone with ALS “is three years. In Spain, 96% of ALS patients cannot afford the cost of the disease and we are forced to die before our time because we do not have public aid for our vital care in our homes”.

“In my case, nine months ago they put the tie on me, that is, the tracheotomy. Since they did it to me, I have hired four nursing assistants to assist me 24 hours a day, seven days a week, that means paying more than 6,000 euros a month in payroll.”

“I don’t have a family to train as a health professional to help me, plus my wife is disabled and can’t help me,” he said.

However, he continued, “if it weren’t for the financial help of five of my relatives who help me pay the salaries of my nursing assistants, right now I would be dead for not having the option of choosing to live, without having any public help for myself. vital care”.

“That, from my point of view, is a crime against life and a state crime”, he stressed.

After recalling that anyone can suffer from ALS, Jordi Sabaté indicated that “in Spain alms are invested in ALS research. We are abandoned and mistreated by public institutions. In Spain every eight hours there is a new diagnosis and a person dies of ALS”.

“ALS is a serial killer. We need urgent help. Today it is me but tomorrow it can be you, your daughter, your brother or your mother, ”she warned.

Sabaté later recalled that two years ago he began a signature campaign to pass a law to help ALS patients, which “cost him a lot of effort and constant work to get the necessary signatures.”

“Almost 4 months ago this law was unanimously approved in the Congress of Deputies, all parties voted in favor and it was the happiest day of my life,” he said.

The ELA Law was approved in March 2022 by the Congress of Deputies with the aim that no patient with amyotrophic lateral sclerosis dies, due to lack of resources, without the medical care they need

“This law to help those affected by ALS in many things, but mainly in helping us not to be forced to resort to euthanasia, wanting to live because we don’t have money for vital care,” said Jordi Sabaté.

Now “With this law we will have specialized healthcare, 24 hours a day, in advanced stages of the disease. The law has already been approved but there are still some steps and bureaucracy to be done”.

“Time is against us and that is why I demand that this law be carried out urgently, please. Our lives depend on it,” he assured.

Sabaté Pons together with the Right to Live platform have promoted a signature campaign since June 21 in favor of the law, which already has more than 12 thousand signatures.

Right to Live pointed out in a statement that the disease kills 1,000 people a year in Spain, and that since it has no cure, it requires “minimum care guaranteed by law.”

Wed Jun 29 , 2022
SEGA of America, Inc. has unveiled new details and game modes for the upcoming Sonic Frontiers title, including a first look at the areas of the Cyber ​​Space and the boss Titan. sonic frontiers is a new open world action adventure game featuring zones to platforms in which Sonic he […] 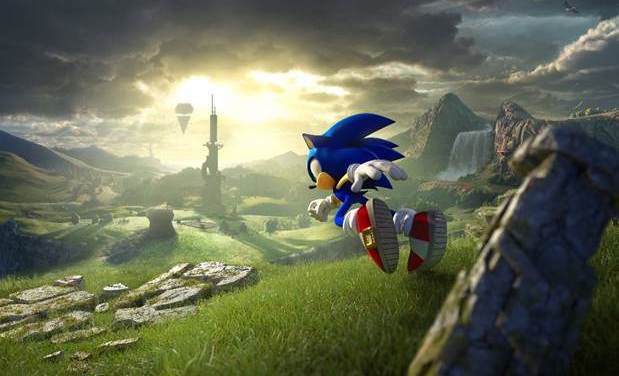