At the beginning of ‘Survivors 2022’, the organization had to meet with several of the contestants after suspecting that Anuar Beno had committed an infraction when making fire, since he had obtained this precious treasure in just three minutes. Isa Pantoja’s brother-in-law gave the appropriate explanations, affirming that he had achieved it “by friction”, although many of the companions of the opposing group, among whom were Marta Peñate and Alejandro Nieto, did not quite believe that he had been capable and , above, in such a short time.

After analyzing the images, and in the absence of conclusive evidence, the program’s management invoked the constitutional principle of the presumption of innocence and gave Anuar the opportunity to prove that he had not cheated. To do this, they gave him 24 hours so that he could start a fire again. With the help of Yulen Pereira, they managed to start the flames again, silencing all the rumors. Although it seemed like a settled and forgotten issue, on the night of May 31, during the broadcast of the fifth gala of ‘Nobody’s Land’, an argument between Kiko Matamoros and the fencer set off all the alarms again.

The disagreement with Yulen Pereira was motivated by an infraction committed by Nacho Palau, who had managed to catch a coconut shaking a tree, which is prohibited, and share it with Matamoros. The collaborator of ‘Sálvame’ could not contain himself and told the athlete that it did not seem fair that he blamed them for that when he himself had climbed one of the trees to also get hold of coconuts and calm his hunger. 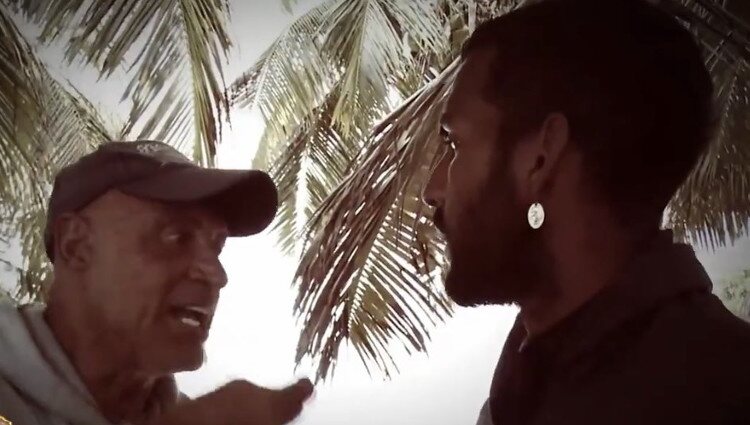 The tone continued to rise and it was the moment when Kiko Matamoros, as if he were on the same set of ‘Sálvame’, dropped the bomb of the night. “Let it go, that you’re smart, not lessons at all. What did the fire light up with? I’ve seen the evidence. We’ve all done the same thing. Neither bad nor good, but no saints, none,” he confessed altered before Yulen’s surprise, who was trying to get out of the way as best he could. The confession continued by saying that “I am the first to say that he collaborated in the lie of the fire. I was the first to know how it was done, and you the second. Because I saw the pieces of insecticide and I took them with this hand and I threw the fire without the camera seeing me. Then we said: ‘if they catch us, we’re all accomplices'”.

Despite the fact that all viewers were able to see the video in which Kiko Matamoros confessed that they had cheated to get the fire, for the moment there have been no further reactions from the organization, beyond highlighting this situation. It should also be remembered that the “Save me” collaborator ate a reward that was not his a few weeks ago, and, despite the fact that consequences had been announced, he was never sanctioned. “You already know that when the rules are not complied with, there are some consequences. Therefore, at Thursday’s gala we will see what consequence is produced by the fact that Kiko, illegally, has wet the churrito”, were the words that Carlos Sobera communicated, although that punishment never came.

Wed Jun 1 , 2022
At the end of the General Audience this Wednesday, June 1, Pope Francis set his sights on the war in Ukraine. He spoke before the faithful present in Saint Peter’s Square about “blocking the export of wheat from Ukraineon which the lives of millions of people depend, especially in the […] 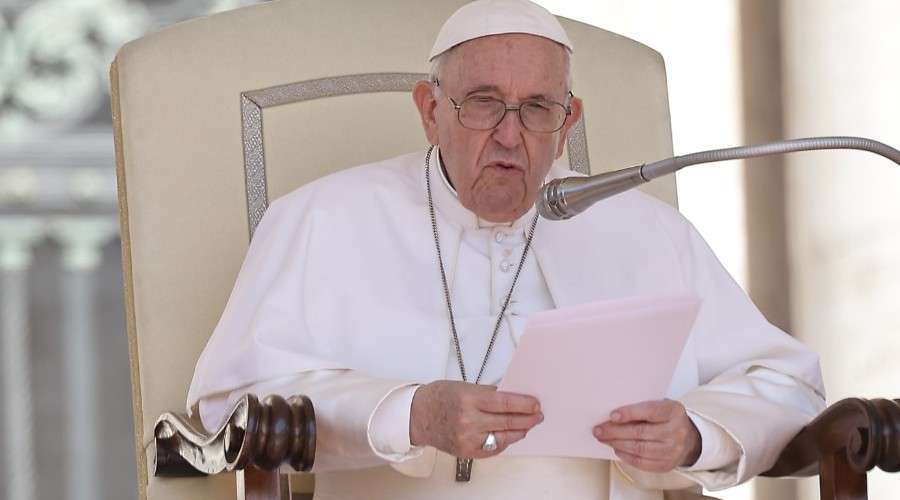