The Easter season in the Catholic Church is certainly the time of greatest joy because, for 50 days, it celebrates the Lord’s resurrection.

In this note we share a homily by Saint John Chrysostom, the patron saint of preachers, whose name means “golden mouth” and who became famous for his beautiful sermons.

Although the coronavirus pandemic still arouses fear and pain in many, it is good to remember that the Lord Jesus has defeated death with his resurrection, so as not to lose sight of the joy of this Easter season that the Church celebrates as one great day until the Solemnity of Pentecost.

That is why we offer below the homily of Saint John Chrysostom entitled “Enter into the joy of your Lord”, published in the National Catholic Register.

“May all pious men and those who love God rejoice in the splendor of this festival, may the wise servants enter happily into the joy of their Lord, may all who have carried the weight of Lent receive their pay, and that those who have worked from the first hours, now receive their due reward, that anyone who came at the third hour be grateful and join the party, and that those who arrived at the sixth do not fear being too late, because the Lord he is kind and receives the last one as if he were the first.

He offers rest to those who arrive at the eleventh hour as well as to those who have worked since the first: yes, He is moved by the last and serves the first, He rewards them and praises their effort.

Come all: enter into the joy of your Lord. You the first and you the last, receive your reward, you rich and you poor, dance together, you strong and you weak celebrate the day, you who have kept the fast and you who have not, rejoice today. The table is richly laid, enjoy your royal banquet.

The calf is the one that got fat. Nobody leaves hungry. Everyone enjoy the banquet of faith, may you all receive the riches of his goodness.

Let no one be saddened by their poverty because the universal kingdom has been revealed, let no one weep over their sins because forgiveness has shone from the grave, let no one fear death because the death of our Savior has set us free.

He has destroyed her by enduring her. He has despoiled Hades by descending into the realm of it. He has angered him by allowing them to taste his flesh.

When Isaiah foretold all this he cried out: ‘O Hades, you have been angry to find Him in the nether world!’

He seized a body, but lo and behold, he found heaven, seized the visible, and was vanquished by the invisible!

Oh death, where is your sting?

Oh Hades, where is your victory?

Christ is risen and you have been abolished.

Christ is risen and the demons were defeated.

Christ is risen and the angels rejoice.

Christ has risen and life has been released.

Christ has risen and the tomb has been left empty of the dead because Christ, by rising from among them, has become the guide and life-giver of those who had fallen asleep.

To Him be glory and power forever and ever. Amen.

Mon Apr 25 , 2022
The film “Father’s Heart”, about Saint Joseph and his influence on the lives of many people in the world, will hit theaters in Peru next Thursday, April 28, and promises to renew the hearts and families of viewers. “Father’s Heart” is a film directed by Andrés Garrigó, produced by Goya […] 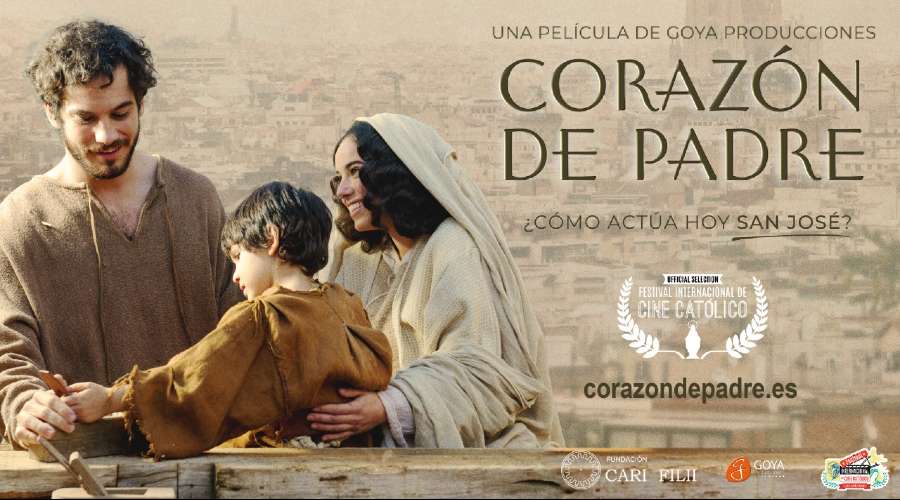