There are those who say that women do not have important roles in the Church. However, from the beginning of Christianity to the present, God has raised women who have guided the People of God and even influenced the course of pontificates. He knows 9 women who knew how to make a “trouble” in the Church.

“Woman, what do we have to do with it? My hour has not yet come” (Jn. 2,4), Jesus told his Mother at the Wedding at Cana, a marriage to which both had been invited.

Mary is the first woman who welcomes the Lord and “makes trouble” by motivating the first known miracle of the public life of Jesus.

In addition, he was the one who stood at the foot of the Cross with Saint John and was with the apostles at Pentecost.

The difficulties of the Middle Ages were not an impediment for Saint Hildegard of Bingen (1098-1179), a Benedictine nun of German origin who had a series of mystical visions.

She wrote theological and moral works with remarkable depth and was declared a Doctor of the Church by Benedict XVI in 2012, along with Saint John of Ávila. Her wisdom and her popularity made many people, including bishops and abbots, ask her for advice.

“When Emperor Frederick Barbarossa provoked an ecclesial schism by opposing three antipopes to the legitimate Pope, Alexander III, Hildegard, inspired by his visions, did not hesitate to remind him that he, the emperor, was also subject to the judgment of God,” Benedict XVI said in his catechesis on this saint delivered during a General Audience in 2010.

Later, another mystic and Doctor of the Church would appear, Saint Catherine of Siena (1347 – 1380), who wore the habit of the third order of Saint Dominic. At this time the Popes lived in Avignon (France) and the Romans complained of having been abandoned by their bishops, threatening schism.

Pope Gregory XI made a secret vow to God to return to Rome and when he asked Saint Catherine for advice, she told him: “Keep your promise to God”. He was shocked, as no one knew of his vow, and subsequently returned to the Eternal City.

Years later, the cardinals distanced themselves from Pope Urban VI – due to his temperament – ​​and declared his election null, appointing Clement VII as Pontiff, who moved to Avignon.

Saint Catherine wrote letters to the cardinals encouraging them to recognize the authentic Pontiff and exhorted Urban VI to control his temper and deal with problems with courage and joy. She also went to Rome at the request of the Pope, who followed her instructions.

The saint, to defend the papacy, also wrote to the kings of France and Hungary to encourage them not to opt for schism.

After the schism caused by Protestantism, the Church convened the Council of Trent. In this context lived Santa Teresa de Jesús (1515 – 1582), a contemplative nun who undertook a Carmelite reform.

Despite having been misunderstood, persecuted and even accused before the Inquisition, her love for God prompted her to found new convents and opt for a more austere life, without vanities or luxuries. Submerged many times in ecstasy, she never stopped being realistic.

Despite not having extensive knowledge, the saint spoke with members of royalty, illustrious personalities, ecclesiastical members and saints of her time to give them advice, receive help, and carry out what she had proposed. She became a mystical writer and was declared a Doctor of the Church.

On the other side of the world, in Peru, Santa Rosa de Lima (1586 – 1617) ignored those who wanted her because of her great beauty. Her goal was to live in virginity serving the poor and sick.

“Probably there has not been a missionary in America who with his preaching has achieved more conversions than those that Rosa de Lima obtained with her prayer and her mortifications,” said Pope Innocent IX when referring to the first saint of America.

Saint John Paul II said that her simple and austere life was “an eloquent testimony to the decisive role that women have had and continue to have in the proclamation of the Gospel.”

From the love of the French holy spouses Louis Martin and Zelie Guerin, canonized in October 2015, Saint Therese of Lisieux (1873 – 1897), Doctor of the Church and universal patron of the missions, was born.

Saint Therese lived only 24 years. A year after her death, based on her writings, the book “History of a soul” was published, which revealed how much the nun loved Jesus.

“Teresa of the Child Jesus and of the Holy Face is the youngest of the ‘Doctors of the Church’, but her ardent spiritual itinerary shows such maturity, and the intuitions of faith expressed in her writings are so vast and profound, that they deserve a place among the great masters of the spirit”, Saint John Paul II said about this saint.

Pope Francis has a deep devotion to her and on one occasion revealed that before each trip or when faced with a concern, he usually asks her for “a rose”.

During the Nazi persecution in the 20th century, another great woman emerged in Europe. This is Saint Edith Stein, a convert from Judaism who later took the habit of a Discalced Carmelite nun. Also known as Santa Teresa Benedicta de la Cruz (1891-1942), she was also a martyr.

She, along with other Jewish converts, was taken by the authorities to the Westerbork concentration camp, in revenge for the statement of the Catholic bishops of the Netherlands who protested against the deportations of the Jews.

She was then transferred to Auschwitz, where she died in the gas chambers along with her sister Rosa, who had also converted to Catholicism.

Saint John Paul II would say of her: “A daughter of Israel, who during the Nazi persecution has remained, as a Catholic, united with faith and love to the Crucified Lord, Jesus Christ, and, as a Jew, to her people.”

This Italian saint sacrificed her life to give birth to her fourth baby. At the age of 15, she made the resolution to “die a thousand times before committing a mortal sin” and she was devoted to the Virgin Mary.

He was a doctor and practiced honesty and faith in his work. He also encouraged pregnant women to reject abortion and consider their children as a gift from God.

Early in her fourth pregnancy, doctors discovered a tumor in her uterus and offered her a “therapeutic” abortion. She refused and asked that her daughter be saved. She gave birth on April 21, 1962 and died seven days later while repeating: “Jesus I love you”. She was canonized by Saint John Paul II in 2004.

To close this list of great women who changed the world and history, we remember Saint Teresa of Calcutta (1910 – 1997). Her service to Christ in the “poorest of the poor” taught that the greatest poverty was not in the outskirts of Calcutta, but in “rich” countries when love is lacking or in societies that allow abortion.

“In order to love, you have to have a pure heart and pray. The fruit of prayer is the deepening of faith. The fruit of faith is love. And the fruit of love is service to others. This brings us peace ”, said the also winner of the 1979 Nobel Peace Prize.

At her canonization in October 2016, Pope Francis affirmed that “Mother Teresa, throughout her entire existence, has been a generous dispenser of divine mercy, making herself available to all by welcoming and defending human life, both the unborn and the abandoned and discarded. He has committed himself to the defense of life by incessantly proclaiming that ‘the unborn is the weakest, the smallest, the poorest'”.

Is Detective Chelsea a true story? Are TV shows based on real life?

Mon Mar 7 , 2022
Full of mystery, Detective Chelsea follows the lives of a pair of detectives named Max Arnold and Priya Shamsie, who work side by side to solve some of the most puzzling and gruesome murders the Chelsea district has never seen before. The two detectives are different in their approach and […] 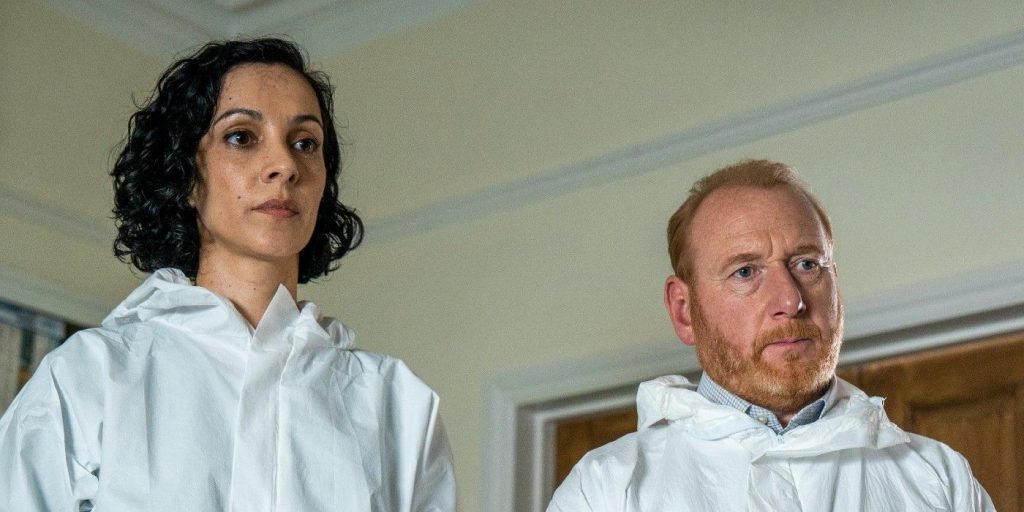