Do you know everything about devotion to the Sacred Heart of Jesus? These 7 facts will help you understand why he is so revered and honored by millions of Catholics.

1. His day coincides with the World Day of Prayer for Sanctification for Priests

St. John Paul II, who had great devotion to the Sacred Heart of Jesus, ordered that the World Day of Prayer for Sanctification for Priests be held on his feast day. He also declared the Feast of the Immaculate Heart of Mary obligatory for the entire Church.

2. The feast of the Immaculate Heart of Mary is celebrated the following day

Pope Pius XII established in 1944 that the feast of the Immaculate Heart of Mary be celebrated the day after that of the Sacred Heart of Jesus, since both hearts are inseparable.

3. Several encyclicals speak of the Heart of Jesus

In 1856, from the official extension for the entire Church of the feast of the Sacred Heart, the following encyclicals were written on this devotion: “Annum Sacrum” with Leo XIII, “Miserentissimus Redemptor” by Pius XI and “Haurietis Aquas” by Pius XII.

“Summi Regis Cor Aveto” is the classic hymn to the Sacred Heart of Jesus, which expresses a solemn greeting to the heart of the Most High King, taking on a profound biblical meaning. It is considered the work of Saint Herman Joseph, a mystic from Cologne, Germany.

5. Saint Margaret Mary of Alacoque received revelations about this devotion

When she was 4 years old, Saint Margaret prayed inspired to the Lord, saying: “Oh my God, I consecrate my purity to you and I make a vow of perpetual chastity”. Already a religious, at the age of 26, she received a message from Jesus while she was praying before the Blessed Sacrament.

“I ask you that on the first Friday after the eighth of Corpus Christi, a special party be celebrated to honor my Heart and that communion be held on that day to ask for forgiveness and repair the outrages he received during the time he has been exposed on the altars” , was the message.

6. Other saints also had visions of the Sacred Heart

Other saints who have had visions of the Heart of Jesus are: Saint Lutgarda, Saint Matilde, Saint Angela of Foligno, Saint Juliana of Norwich, Saint Veronica Giuliani.

7. It is a very old tradition

The apostolic tradition of the Heart of Christ comes from the earliest times. Saint Augustine, Father and Doctor of the Church, one day wrote that Saint John, who reclined his head on Christ’s chest at the Last Supper, drank from the “sublime secrets of the most intimate depths of the Heart of Our Lord.”

Cardinal warns that the German “Synodal Path” could self-destruct

Thu Jun 23 , 2022
Cardinal Walter Kasper, an influential theologian considered to be very close to Pope Francis, has warned that the German “Synodal Way” is in danger of self-destructing if it does not heed growing objections from bishops around the world. The Cardinal further said that the organizers of the Synodal Way were […] 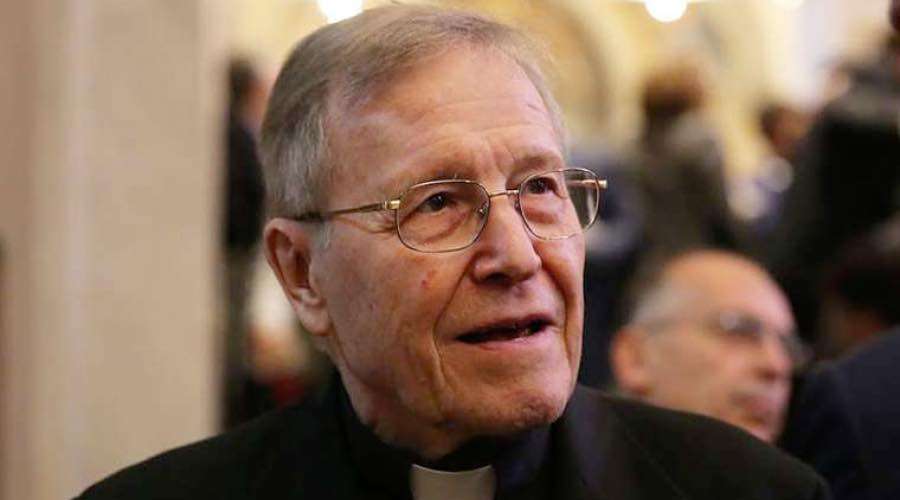