On May 13, 1981, a day like today 41 years ago, Pope Saint John Paul II was saved from death on the day the Church celebrates the Virgin of Fatima.

That day, when the Holy Father was touring St. Peter’s Square in the popemobile greeting the pilgrims gathered for the general audience that Wednesday, he was seriously wounded by a bullet from the Turkish Mehmet Ali Agca. Wounded, the Holy Father was taken to the Gemelli Hospital, where he remained for several months.

The Vatican website reminds that the general audience never took place and that, when Saint John Paul II finished the first round with the popemobile to greet the more than 30 thousand faithful present, the attack occurred.

“The vast crowd was stunned and plunged into the deepest consternation. The only common reaction was prayer. The loudspeakers explained what happened and the immense assembly began to pray. The voice of the Vicar of Christ was not heard”, explains the Vatican.

That day, in his greeting to the sick, Pope Saint John Paul II had some words prepared that could later be applied to his own situation.

The Pope entrusted the sick “to the Virgin Mary, Mother of Christ, to whom the month of May is consecrated in the piety and soul of the faithful. She knew in her existence the deepest and most intimate joy together with sadness and the most terrible trial. This is what happens to each one of us, and joy alternates with pain, mixing roses with thorns in our lives.”

“The Blessed Virgin, who is the flower of the valleys and the Sorrowful Mother, grant us that we know how to transform into merit the fate that places us with her at the foot of the cross”, he added.

That fateful May 13, the pilgrim Pope was going to offer a catechesis on the 90th anniversary of the publication of the social encyclical Rerum novarum by Pope Leo XIII; and he was also going to announce the creation of the Pontifical Council for the Family. Another view of the wounded Pope Saint John Paul II in the popemobile. Credit: Vatican News

Although none of these words were said by Saint John Paul II, the Vatican published them specifying that they became part of the “pontifical teachings”.

After the attack, Pope Wojtyla moved closer to devotion to the Virgin of Fatima, convinced that Holy Mary protected him.

On May 14, 2006, 25 years after the attack, Pope Benedict XVI recalled the attack and said that “John Paul II felt that he had been miraculously saved from death by the intervention of ‘a mother’s hand’as he himself said, and his entire pontificate was marked by what Our Lady had announced at Fatima: ‘In the end my Immaculate Heart will win’”.

Saint John Paul II pointed out that when he was hit by the bullet, he did not realize that he was the “anniversary of the day the Virgin appeared to three children in Fatima“. Then he narrated that it was his personal secretary, now Cardinal Stanislaw Dziwisz, who pointed it out to him after the operation in which a projectile was removed from his intestine.

There were four bullets that hit Saint John Paul II, two of them lodged in his intestine, another hit his right arm and the fourth bullet in his left hand.

During his convalescence, Saint John Paul II studied the reports of the apparitions of Fatima and a year after the attack traveled for the first time to his sanctuary in Portugal to “thank the Virgin for her intervention in saving my life and restoring my health”. In December 1983, the Holy Father visited and pardoned Agca in the Roman prison of Rebibbia. So he didn’t die? Why is everyone talking about Fatima?”

In 1984, Pope Wojtyla formalized his devotion and gratitude to the Virgin donating to the sanctuary of Fatima the bullet that was extracted and that was set in the halo of the crown of the image.

The white sash that the Pontiff was wearing on the day of the attack was donated to the Polish Marian Shrine in Jasna Gora, a symbol of Polish unity.

30 years ago, on the Day of the Virgin of Fatima, Pope Francis learned that he would be bishop

Fri May 13 , 2022
In 1992 Jorge Mario Bergoglio lived in the city of Córdoba, where he dedicated himself to being a confessor, after some years of directing the Jesuits in Argentina. On May 13 of that year he learned, unexpectedly, that he would become bishop. This is what he himself recounts in the […] 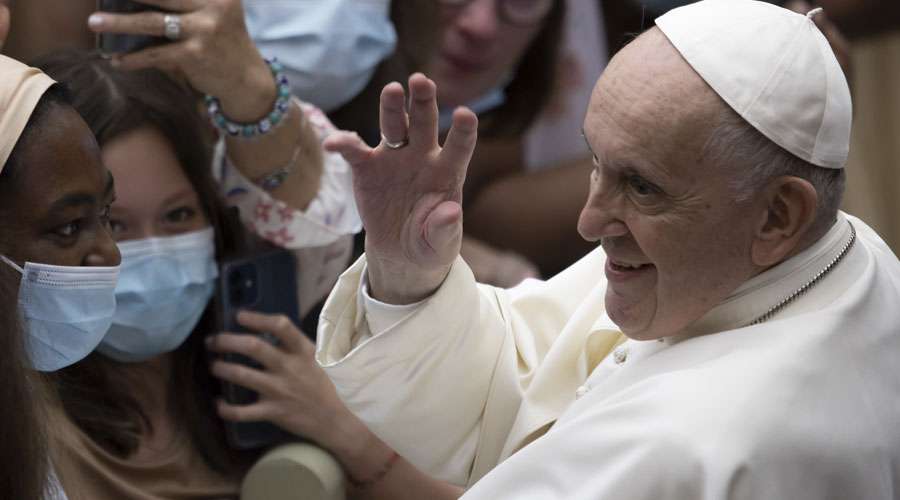