Netflix has officially confirmed that 365 Final Days arrives on Netflix on August 19. The film will arrive to close the plot of the hot film and will solve once and for all, the pending issues of Laura and Massimo. At the end of the second film, Laura’s life – once again – hangs in the balance.

After all, she was shot, while Massimo and Nacho also ended up with Adriano and Anna. However, one of the major issues that remained pending for 365 Final Days, is precisely what will happen to the protagonist. Throughout the previous films, we have seen that the fidelity to Blanka Lipińska’s books is great.

However, we may have some relevant changes. One of the reasons is that the end of the books didn’t please the fans so much. Either way, the creator stated that the film will be full of the hot scenes we’ve seen in previous films.

So if you’re looking forward to seeing 365 Final Days on Netflix, here are other similar works. It is important to note that not all movies are available on Netflix.

After is a spicy young romance. The first film was released in 2019 and closely follows the book franchise written by Anna Todd. The film has several hot scenes, but a little more conservative than 365 Final Days. Its plot revolves around Tessa Young, an 18-year-old who has just entered college. Until then, Tessa is considered a naive young woman.

But she is soon introduced to the world of partying when her roommate Steph, who is more liberal, starts to enter her life. In the meantime, Tessa meets Hardin, a rebellious young man who denies love despite having read several novels on the subject.

Gradually, the two approach and start a burning passion. After is a trilogy and all movies are available on Prime Video. The films are starring Hero Fiennes Tiffin, Josephine Langford and Meadow Williams.

Still in the Amazon Prime Video catalog, another film similar to 365 Final Days is Observers. Like After, the film has more subdued scenes, as well as revolves around a younger romance. However, here the couple is already formed and moves into a new building.

One night, they notice that the neighbors have a different sex life and start watching them. But what was just an innocent curiosity turns into a sick obsession. Things get even more complicated when they realize one of the neighbors is cheating.

Temptation and desire cause their lives to mix. But the consequences will be deadly.

Many of the fans of María Pedraza, known for Elite and La Casa de Papel, are unaware of this hot film. Released in 2017 and directed by Esteban Crespo, this Spanish film also features Pol Monen, from The Queen of the South. Like this 365 Final Daysthis film tells the story of a couple who approaches differently.

However, Carlos and Laura begin an intense relationship that is interrupted by the responsibilities of adulthood. Gradually, the two have to deal with it. In this way, the couple’s maturity arrives ahead of schedule and the relationship between them begins to become extremely conflicted.

The romance that was fiery at first, gives way to coldness as the days go by. Although the film has many hot scenes, Amar puts aside the intense fire and focuses on personal relationships, demonstrating how boring everyday life is for relationships.

Love is available on Netflix.

Who likes movies in the style of 365 Final Days, you’ve certainly watched Fifty Shades of Grey. However, it is valid to include it in this list thanks to the great success that the film made, even though it is not exactly a precursor of the genre. Fifty Shades of Gray is a trilogy, but only the first movie is available on Netflix. The rest can be watched on Apple TV and Amazon Prime Video.

The story revolves around Anastasia Steele, a shy young woman who has always struggled with relationships. One day, Christian Grey, a rich and promising businessman grants Anastasia an interview. In this meeting, both feel the desire to get to know each other better.

However, as they grow closer and more attracted to each other, she realizes that Christian is different. The relationship between the two begins in a complex way. After all, Gray has several sadomasochistic desires and Anastasia has romantic desires. Their relationship becomes extremely intense.

the secret life of zoeImage: Disclosure

Hidden on Netflix, Zoe’s Secret Life is also a very hot movie, as is 365 Final Days, although the focus here is on infidelity. Released in 2016, the feature features Sharon Leal as the protagonist.

The story follows Zoe, a successful businesswoman who has everything in her life. Her family consists of her dream husband, whom she loves, as well as her two wonderful children. Despite having a seemingly perfect life, Zoe has a dark secret.

The businesswoman is attracted to desires that she cannot avoid or resist: going out with other men. But this secret life that can put everything at risk, including his own life. The film is full of action and sensuality about desire and the risks of indiscretion.

So, are you looking forward to the arrival of 365 Final days? Watch a video about the film:

You might also like:>Peaky Blinders: The Story of the Movie on Netflix Revealed

Alexia Rivas talks about the alleged relationship between Omar Sánchez and Raquel Lozano: "They are not boyfriends"

Mon Jul 25 , 2022
HomeTelevisionAlexia Rivas talks about the alleged relationship between Omar Sánchez and Raquel Lozano: “They are not boyfriends” IS PRONOUNCED The collaborator of ‘It’s already noon’ has given the information she has about this possible new relationship of the surfer. Rachel Alonso Sanchez Jul 25, 2022 Omar Sánchez has been one […] 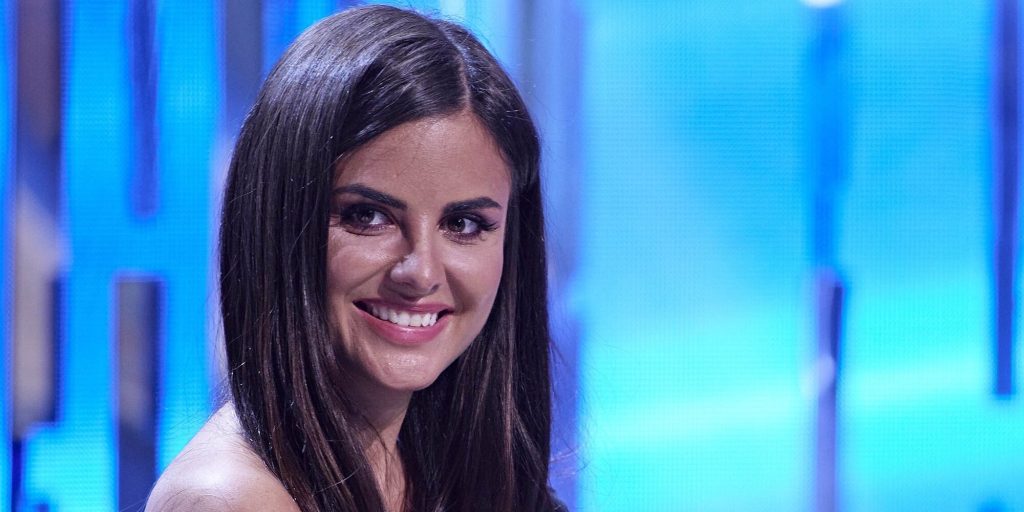