Radiohead frontman Thom Yorke got married to Italian actress Dajana Roncione over the weekend in Sicily. They started dating in 2017, two years after he separated from his wife Rachel Owen. The Ceremony took place at Villa Valguarnera in the town of Bagheria. Villa Valguarnera is one of the most interesting eighteenth-century villas in Bagheria, both for the architectural quality of the complex and its position in the Bagherese landscape. The villa was built by the Valguarnera princes and is still owned by their heirs, the Alliata di Villafranca princes.

How Did The Wedding Go?

The wedding featured no dance floor and masked guests due to the coronavirus pandemic. Proper social distancing protocols were observed at the wedding. Furthermore, according to La Repubblica, there were 120 guests at the wedding including Yorke’s Radiohead bandmates Jonny Greenwood, Colin Greenwood, Ed O’Brien, and Philip Selway.

During his wedding, Yorke said that Despite all the difficulties caused by the pandemic, he was proud and happy to be married in Sicily since Sicily is Dajana’s native island.

Photographer Greg Williams shared some black and white pictures from their special day. The couple is seen laying together beneath a chandelier in one of the building’s extravagant rooms. The other picture is of the bride running Joyfully as the singer looks away from the camera.

When Did Yorke And Dajana Started Dating? 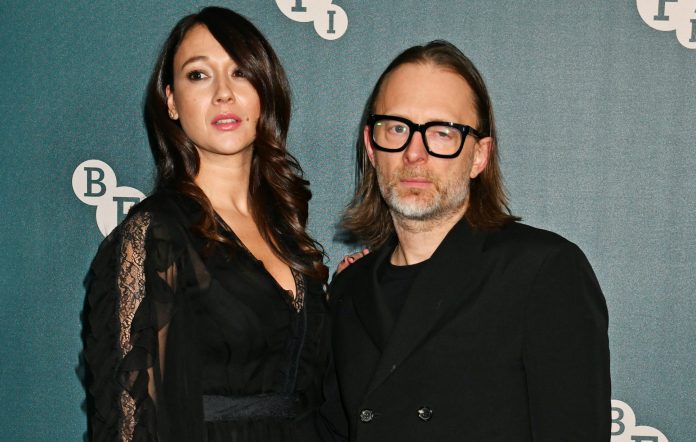 The couple started dating in 2017. It was two years after he separated from his wife Rachel Owen. Last year, the actress appeared in Yorke’s Netflix film, ‘Anima’. The movie was directed by Paul Thomas Anderson. It was a “one-reeler” project accompanied by the musician’s third solo album of the same name. Yorke was in a relationship with Rachel Owen for 23 years. They separated in 2015. However, in the following year, Rachel died of cancer at the age of 48.