On 17 September 2020, Residue premiered on Netflix. It is an American drama movie. The movie is directed by a debutant director and writer Merawi Gerima. The story revolves around an amateur filmmaker who has left his house years ago. And on returning, he discovers many things have changed over the years. The protagonist seems to fight a war inside his head to accept the changes which have occurred during his absence.

The Residue is a raw, unpolished and realistic story of a man who comes back to his hometown after a long time. Jay, the main lead is an amateur filmmaker now wants to write a script about his childhood. But returning to his hometown doesn’t look a good idea as the movie goes forward.

He had his expectations and thoughts about the place, but in reality, everything has changed. After arrival, the first thing he does is searching for his old friends. And it comes as a shock to him that every single one has changed. Even while travelling through the different lanes of the town, he sees the people doesn’t treat outsiders in a good way. 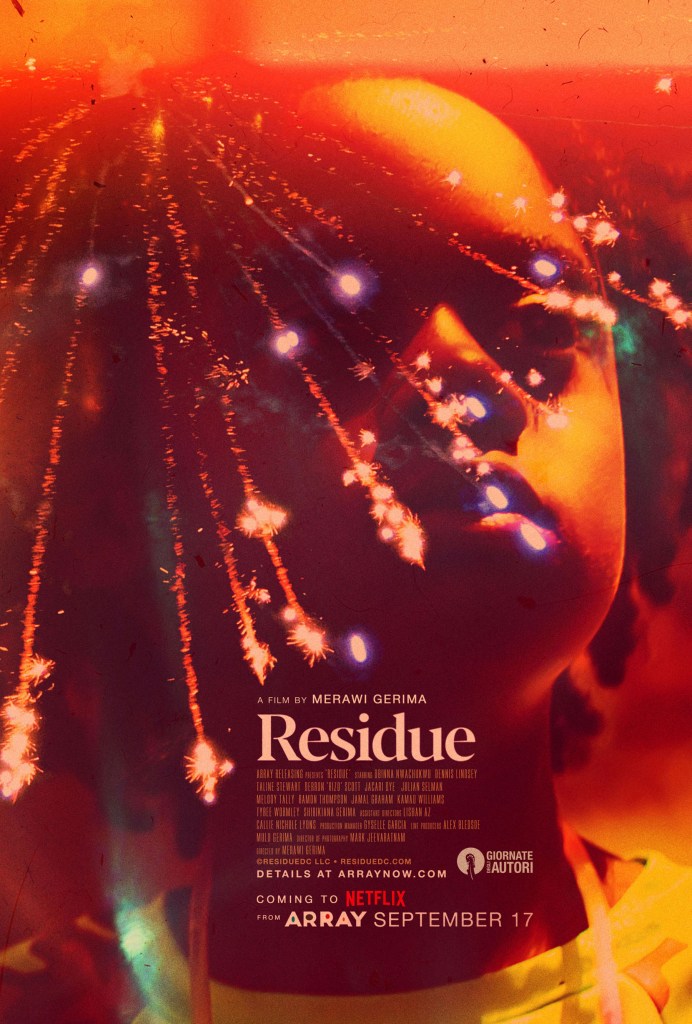 The movie seems to be unreasonable and unwanted many times. It becomes frustrating as there is nothing which holds the movie together. The characters lack the basic elements of emotions which directly affected the whole film. We will recommend you all to – Skip It! It doesn’t have that element of involvement which makes a movie enjoyable. This movie will struggle to make a mark among other movies on Netflix. Merawi Gerima has the potential to create magic on screen. And wish he makes more movies and learns from the mistakes.

Residue premiered at the 2020 Slamdance Film Festival, and now it will release on Netflix on 17 September 2020. The movie has a runtime of around 90 minutes. It stars JaCari Dye, Jamal Graham De.