One could say that a grass stain effect to your jeans can be simply ‘purchased’ by falling knees on a field.

However, to majority of the audience, it’s not clear as to why something which is considered ‘dirty’ is being sold for $1200?

Sadly, for cynics such as ouselves, Gucci has now come up with an ‘eco washed organic denim pant’ for a price tag that is unbelievable! It could easily cover up anyone’s rent with a good amount left over!

What’s So Special About Them Anyway? 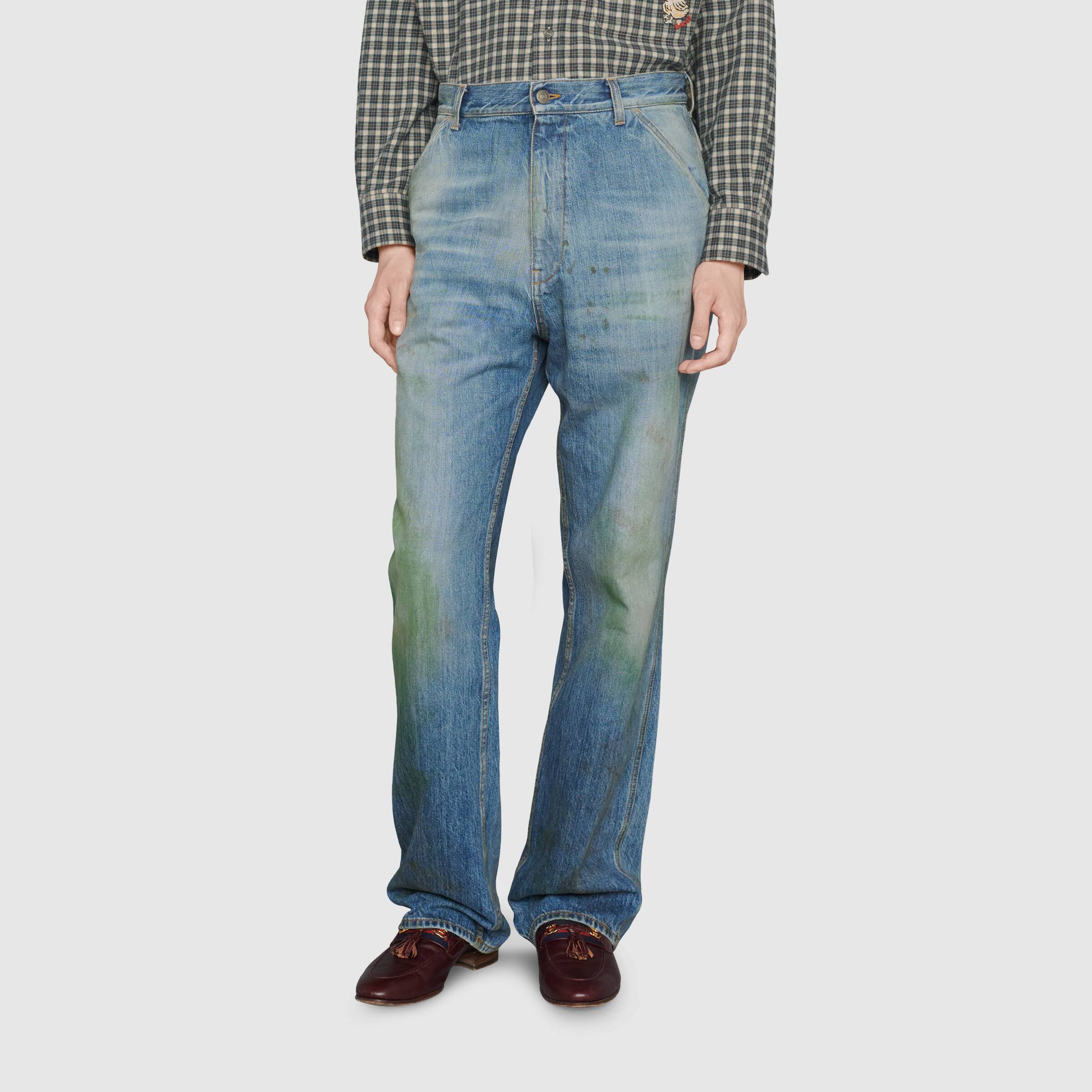 The jeans have deliberate grass stains on their knees. It gives an illusion that the wearer has been up to all different kinds of outdoors adventures. In reality of course, you’d not be wearing these jeans to any sort of occasion whatsoever. Anyone would consider you to be an unhygienic brat who cant even afford a proper laundry, despite wearing those $1200 jeans!

It’s fair to say that many people have been left utterly boinked by these extortionate – and let’s face it, rather dull looking jeans. Furthermore, one Twitter user said, ‘Wow…People are calling anything they feel like as fashion’.

“Wrong on all levels,” one person talked about these grass-stained pants.

Wrong on all levels 😳

“What fools they make of people,” a third user reponded.

This isn’t the first time Gucci has left people puzzled and little bit outraged with its outlandish and senseless products. The brand also received quite a bit of backlash when it marketed its $870 pre-scuffed leather trainers. Now the question is, whether you’ll be buying out? Well, we for one would never would, even with all the money. To hell with buying, even if someone would offer such a pair for free, we would never even wear them. Afterall, who would want to look dirty and that too by paying a huge sum for that! Better luck next time Gucci!