Jurassic World Camp Cretaceous will premiere on 18 September 2020, on Netflix. It is part of the Jurassic Park franchise. This is an American adventure science fiction television series. The series is set during the events of the movie, Jurassic World. In this series, we see six children stuck in a dangerous place, Isla Nublar. We don’t know what kind of dangers awaits them. And things get even more dangerous when multiple dinosaurs escape their habitats.

Jurassic World Camp Cretaceous revolves around six kids who won a visit to Camp Cretaceous. They are the first-ever kids to visit this place. Amongst them, Darius is a dinosaurs enthusiast. And the other five kids are Ben – vomits everywhere he goes, Yaz – a very talented boy. Brooklyn – very annoying with many followers on social media, Kenji – a rich brat, and Sammy – the most passionate one. As the series moves forward, the real problems arrive. The kids have to be careful as there is a breakout of multiple dinosaurs from their habitats. To survive, they have been a group, but it will be difficult with such different personalities. Let’s hope the series ends positively.

This series comes with a lot of expectations as it is part of the Jurassic Park franchise. And for the 90s kids, it is a nostalgic ride. We will recommend you all to – Binge It! This show won’t fail to spin the clock back. 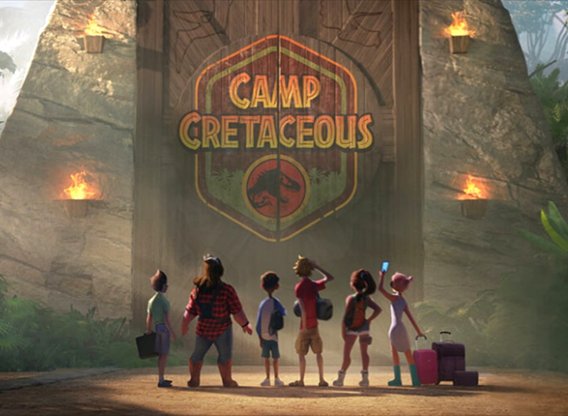 Jurassic World Camp Cretaceous season 1 will release on 18 September 2020, on Netflix. The show has eight episodes with a duration of around 22 minutes. And actors Paul-Mikél Williams as Darius Bowman, Jenna Ortega as Brooklynn, Ryan Potter as Kenji Kon, Kausar Mohammed as Yaz Fadoula, Raini Rodriguez as Sammy Gutierrez, and Sean Giambrone as Ben Pincus have given their voices for the series. Netflix hasn’t announced anything regarding a renewal.