On November 30, 2018, Baby aired for the first time on Netflix. This show is an Italian teen drama television web series. And it is created by Antonio Le Fosse, Giacomo Mazzariol, Marco Raspanti, Romolo Re Salvador, and Eleonora Trucchi. The baby has been renewed for two seasons. And the third season will air on September 16, 2020. The show revolves around the lives of two girls from an elite school in Spain. But they somehow get involved in an underage prostitute ring.

The storyline of Baby Season 3

Baby is set in an elite high school in Rome. The story begins when Ludovica befriends Chiara. They both belong to different society classes, Chiara despite being a rich girl, hides her own identity. And the story moves forward because of the troublemaking abilities of Ludovica. She involves Chiara in the world of prostitution for some money. And this marks the main plot of the show. Fiore, a bad guy, gets obsessed with Ludovica, which creates more problems. On the other hand, Chiara is with Damiano, son of a senator.

Nowadays, a series involving drugs and s*x about teenagers are quite common on Netflix. So, Baby was considered just another show when it first came out. Though yet, this show marked its presence due to excellent acting and a good script. Although, we will recommend you all to – Binge it! Baby is a highly anticipated show, and many people will view the third season. We hope this show maintains the spark which is provided in the previous seasons. 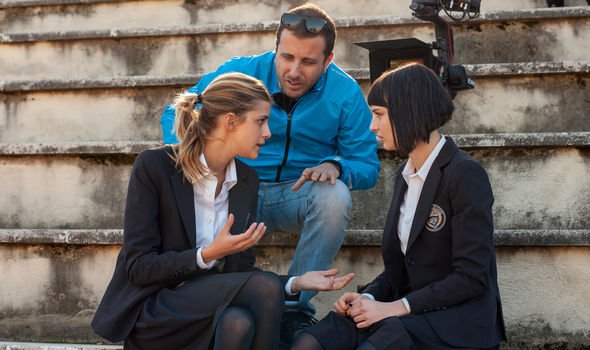 Baby season three will release on September 16, 2020, on Netflix. But unfortunately, this will be the last season of the show. It will be tough to say goodbye to Ludovica and Chiara. Moreover, the leading characters, Ludovica and Chiara, is played by Benedetta Porcaroli and Alice Pagani. This season will break a lot of hearts, but we can expect a proper ending.