The Kissing Booth star Jacob Elordi was spotted with Euphoria co-star Maude Apatow this Saturday afternoon. Jacob was very recently spotted with his new rumored girlfriend, Kaia Gerber. The 23 years old star was out shopping together with his friend and co-star Maude Apatow in New York city. The actor was spotted with model Kaia since the beginning of September. They both were holding hands together and walking home. Here is the latest info about Jacob and Maude.

While the two were shopping, the actor was wearing a white T-shirt with some prints at the center. He was wearing blue jeans that were folded at the ankle. The actor added a classy silver watch in his hands and sunglass to compliment the look.

He was wearing brown ankle shoes to complete the look. The co-star was wearing a teal blue printed maxi dress and a denim jacket with some Adidas black shoes. The two were spotted having lunch before shopping and chit chatting on a bench in the street. 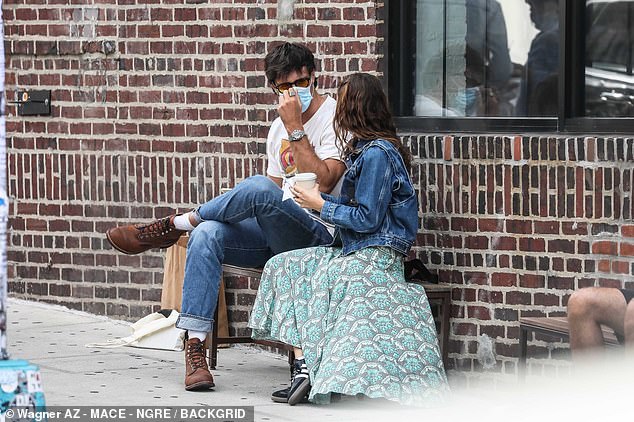 The actor was also about his The Kissing Booth co-star Joey King. They started dating in 2017 but got separated in late 2018. It was only after their separation when the Kissing Booth 2 was filmed. Recently, Jacob has been dating model Kaia Gerber, but their relationship is not official.

The spotting of the co-stars out for shopping has even triggered some rumors among the folks. Kaia and Jacob dating each other, are one of the hottest topics that keep people wondering when they are going to announce their relationship officially.