#Alive is a South Korean Zombie movie of 2020 directed by Cho Il-Hyung. The movie is based on a 2019 script written by Matt Naylor, which was later co-adapted by Cho for this movie. The movie was initially premiered in South Korea on June 24, 2020.

And the worldwide release by Netflix on September 8 2020. The movie focuses on the life of a gamer who is left alone in his flat. And he also has to fight the zombies as they are trying to break into his flat. 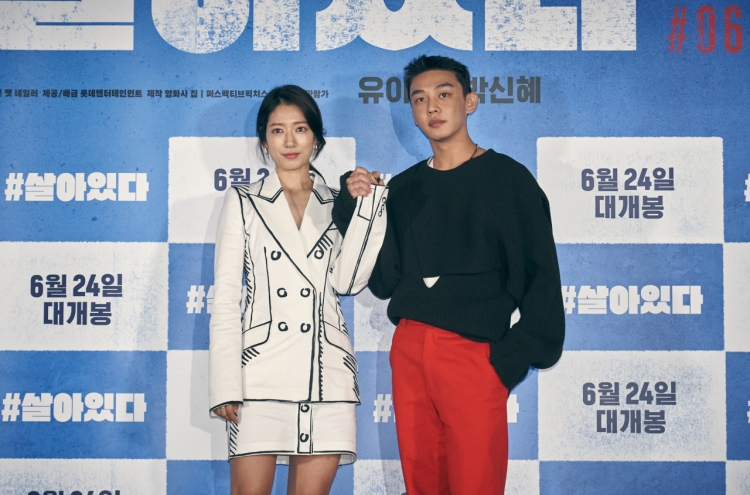 Unlike other Zombie stories, #Alive follows a rather interesting story. The movie follows a gamer named Joon-woo, who lives with his parents and sister. Joon-woo spends lifetime live streaming video games. One fine day when Joon -Woo’sWoo’s parents were away, his only game members asked him to look at the news.

And as he does, he realizes that something is wrong. A strange disease is spreading fast, and the government has lost control. The disease is causing the infected to eat each other. After this, Joon-Woo’s real struggle begins. To start with, he has to survive, but luckily, he finds a companion Yoo-bin.

Binge It Or Skip It

The movie starts somewhat OK, but as it progresses with the plot, the movie become intense with the usual humor that a Korean movie provides. The movie’s portrayal of the development of the companionship between Yoo-bin and Joon-woo. Is also something unique that has been tried in this movie.

The survival instinct of both the characters and their help out even though separated by their apartments. Interestingly enough, the female character is introduced at such a time. When one would start thinking that now there is no hope left, then Joon-woo to die. So, in my opinion, it is a must-watch movie.

Sadly there is no news about any followups about the movie. We will keep you posted about any new updates that will follow.