The Avengers actor Chris Evans has accidentally uploaded his NSFW pictures on Instagram. This has driven him to be upset and embarrassed. In such a situation, the fans, family, and friends must support him. Mistakes and accidents happen with almost everyone at some point. It is not necessary to be such upset for something like this. Chrissy Teigan and Mark Rufello have also shared the same feeling about this post, and they said that all of us are there for Chris Evans.

Chrissy Teigan shared her feelings on Twitter. She did not mention Chris Evans, but it was probably an indication of that only. She said that her phone has a feature where all the photos that come to her WhatsApp are automatically stored on her phone. So she finds any boobs on her phone. It may be of her girlfriends willing3 to show her boobs. Or they love it or hate it, and there are rolls of her boobs as well. This might be relatable to that of Chris Evans. She also added that she would not like to disable the feature because she likes it to be as it is.

My WhatsApp automatically saves every photo to my roll so any boobs in my phone are my girlfriends showing me their boobs or boobs they hate or boobs they love or yeah def also my boobs. I’d say 80 percent of my roll is whatsapp nonsense between friends

What’s Chrissy Teigan up to These Days

Not only Chrissy Teigan but Mark Ruffalo also shared sweet advice with the Avengers co-star. He mentioned Chris Evans at the post and said that there is nothing that he could do to embarrass himself when Trump is in office. In the end, he said to watch the silver lining. It is not like everyone is making fun of the post or something. However, some supporters and well-wishers know that mistakes happen by humans and don’t care about what happened yesterday. So, it’s better to forget all this and start fresh. 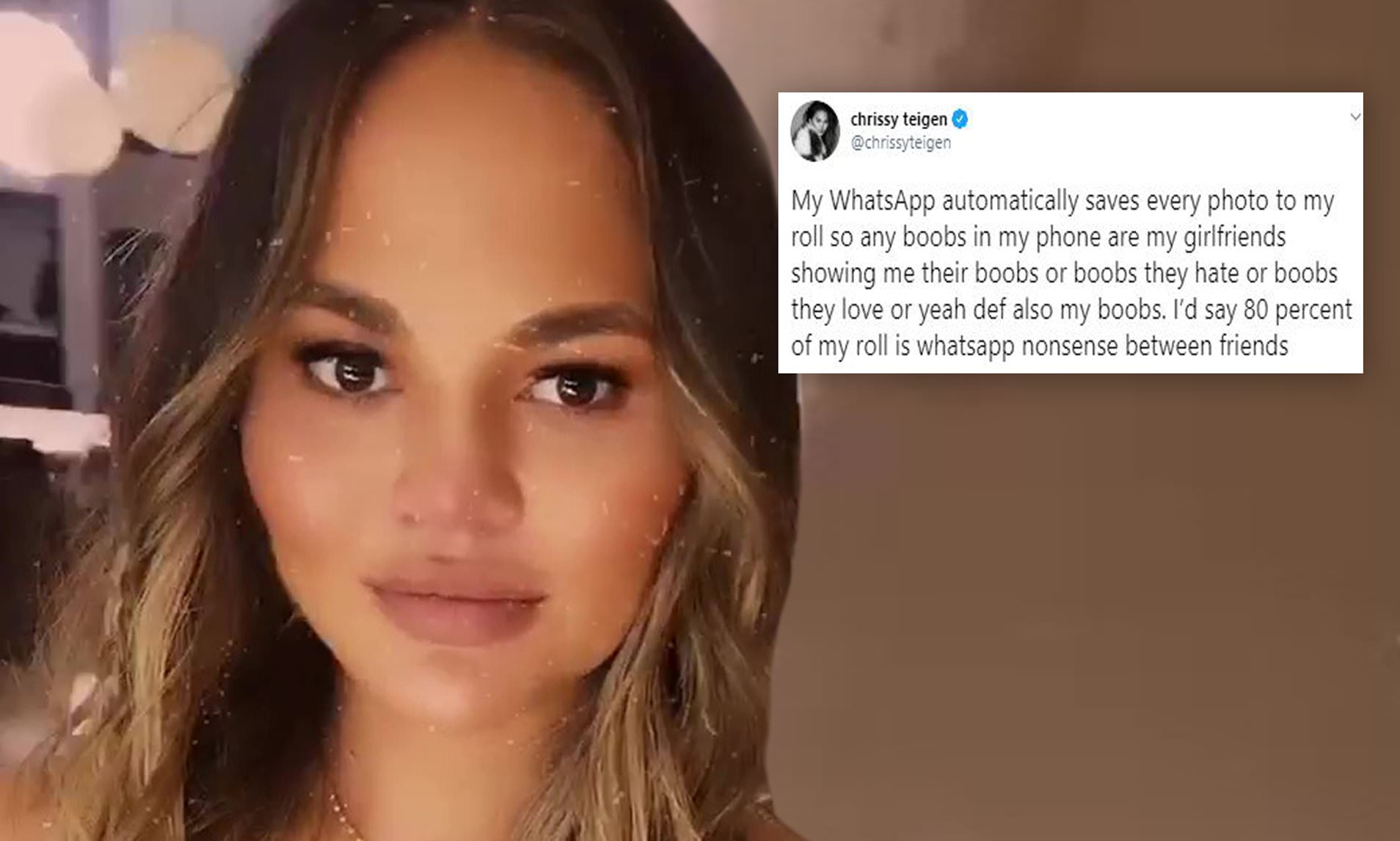 However, there are even several other tweets in which actors and other members, fans, everyone have expressed their support to Evans.