The former couple Bradley Cooper and Irina Shayk were spotted together on Thursday. The two are thought of as very amicable couples, and they have proved that they are so. Both of them were together to spend family time together with daughter Lea who is just 3 years old. The two went together in the streets of New York with Lea carried in his father’s arms and Irina walking by Bradley’s side. 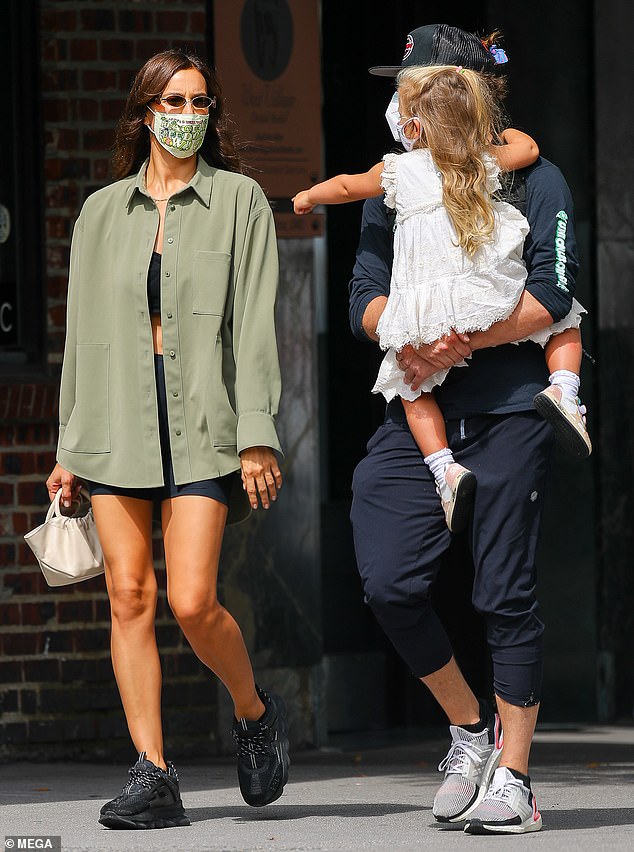 Irina, 34, was dressed up with a black crop top and a black bike shorts. The model completed the look with an oversized olive shirt. The model accessorized herself with tiny oval sunglasses and a hued eggshell bag. She was wearing a peace-themed mask that she placed and removed again and again on her face.

Bradley was looking dashing in a black hoodie; tapered track pants pushed up towards the knees. Bradley had grown his hairs long for his latest role, which can be seen coming out at the back of his baseball hat. Lea looked angelic in her light-colored frock carried in her father’s arms. 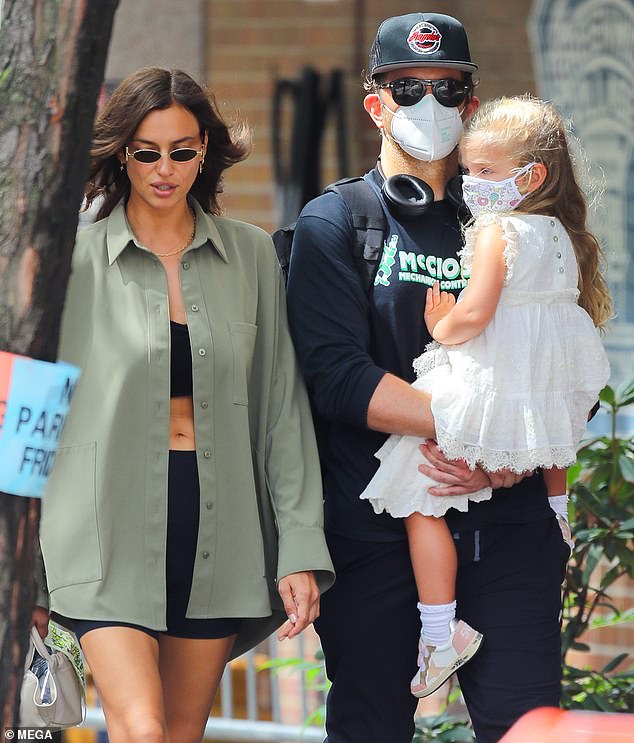 Bradley and Irina met each other in 2015. They started dating each other soon after that. They had their first kid, Lea, in 2017, but they got separated from each other. Both the actor/director and the model are busy in their work and co-parent their kid together. Bradley is very much possessive about Lea and is trying to stay as close to her as possible. He prefers taking projects near New York so that he can get time to spend with his daughter. Both Bradley and Irina are trying to spend time with their daughter as a family.

The former couple was not spotted together for a year after their separation. It was only on Thursday when they had a public appearance for the first time after so long.

Kim Cattrall says She’ll NEVER Do Another ‘Sex and the City’...