When it comes to keeping personal life private, one should learn from Katie Holmes. However, recently she was seen getting cozy with Chef Emilio Vitolo. They both were captured having a dinner date at Peasant in Manhattan. Well, from the pictures it looks like the date went pretty well.

Well, Katie Holmes seems to have enjoyed her a Labor Day weekend more than a lot of us. On September 6, she was captured with Restauranteur and Chef Emilio Vitolo. While the two of them were out for a dinner date but it went pretty good. The pictures posted online shows, Katie, sitting on Vitolo’s lap as they share a passionate kiss. They were also caught kissing during the dinner as well. For their date, they both kept it pretty casual and simple. Katie played it safe and chic with a white tee and denim pants. She didn’t for any fancy hairdo either. Her hair was tied in a messy bun. Vitolo kept is soft as well. He wore a white shirt and a cowboy hat. 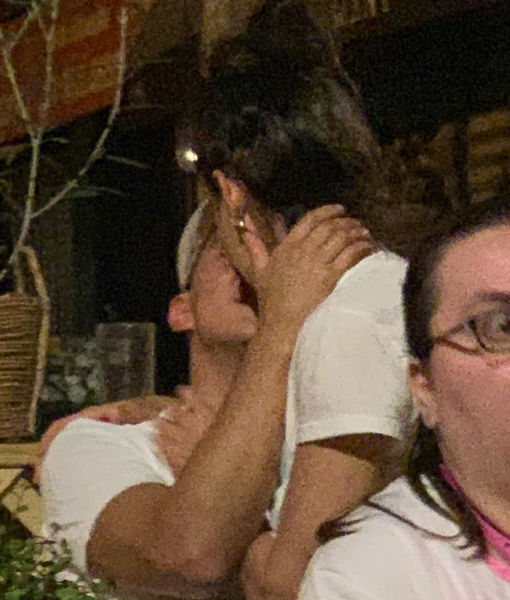 Vitolo and Holmes have confirmed their relationship with the pictures, but they have made news previously as well. A few days back as well they were seent together in the restaurant Antique Garage, New York. At that time, there wasn’t PDA. They were seen simply talking and making jokes. Katie seemed pretty happy with him. Neither of them has officially made the statement if they are in a relationship or if they are simply hanging out.

Many of the fans have wanted to know who is Emilio Vitolo. Well, he is a celebrity chef and a restaurant owner. The major part of his talents and business comes from his father Emilio Vitolo Senior. He created the SoHo hot spot back in the 90s and Junior Vitolo is managing it now.

Katie Holmes was recently spotted with chef Emilio Vitolo. They were out on a dinner date in Manhattan. While they were enjoying their night out, paparazzi captured they getting cosy with each other. Katie was seen kissing Vitolo as she sat on his lap and he wrapped his arms around her.