WAP is waving all over the internet and getting a lot many views than we can even think of. There is a TikTok challenge given for the song, and thus almost all the TikTok users are making it. The song is made by Cardi B and Megan Thee Stallion. The song is super sexy and one that parents would not want their kids to watch. But, as it goes, there are millions of people who have already liked the song. The song video has crossed nearly 8 million views.

A popular TikTok user posted a video in which his father was freaking on his daughter for making a TikTok on the WAP song of Cardi B. The father was very much furious and also was topless, thus the title of Hot Dad is given to him. The daughter was attempting a dance when all of this happened, and the video is hilarious. Almost everyone on TikTok is trying to shoot the video by giving a try to the song. So, what is wrong if the girl wanted to do one.

Cardi B and Megan Thee Stallion also got reviews from Emmy Winner Leslie Jordan. He got a blushed smile on his face after he watched the song video. He took to his Instagram to share his feelings on the song. However, the song has got a sexy theme but is as good. Recently the actress Vanessa Hudgens has posted a recreation in which she danced on the song in her Lawn on a blanket. This was also a viral video that was watched by millions of people. 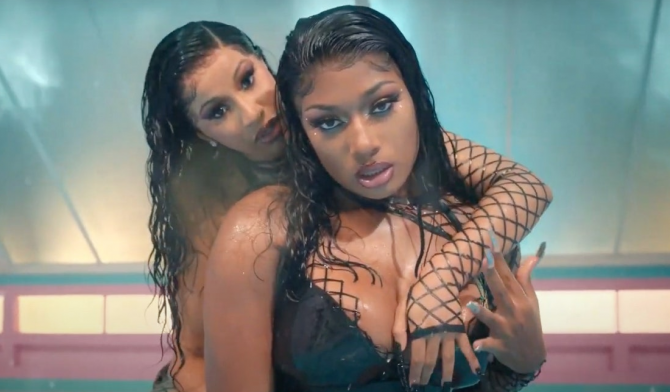 The TikTok challenge is growing every day on the WAP challenge, and parents are, at the same time not willing their kids to do so. Let’s see how many more posts will come on the song this year.

Is Alicia Sierra the Sister of the Professor, Truth Behind the Viral Rumor