When I was a little girl, my birth dad always called me his “little partner” – something that might’ve sounded strange without his southern cowboy like accent. To me it made perfect sense. And today that word makes perfect sense again but today I’m officially going to be someone else’s partner. @maxehrich – I knew I loved you the moment I met you. It was something I can’t describe to anyone who hasn’t experienced it firsthand but luckily you did too.. I’ve never felt so unconditionally loved by someone in my life (other than my parents) flaws and all. You never pressure me to be anything other than myself. And you make me want to be the best version of myself. I’m honored to accept your hand in marriage. I love you more than a caption could express but I’m ecstatic to start a family and life with you. I love you forever my baby. My partner. Here’s to our future!!!! 😩😭❤️🥰😍 Ps. THANK YOU @angelokritikos FOR HIDING BEHIND ROCKS AND CAPTURING THE ENTIRE THING!!! I love you boo!!!

Demi Lovato has always been open about her body image struggles and eating disorders. She recently took her Instagram stories to reveal that her fiancé Max Ehrich has changed her approach towards body image issues. 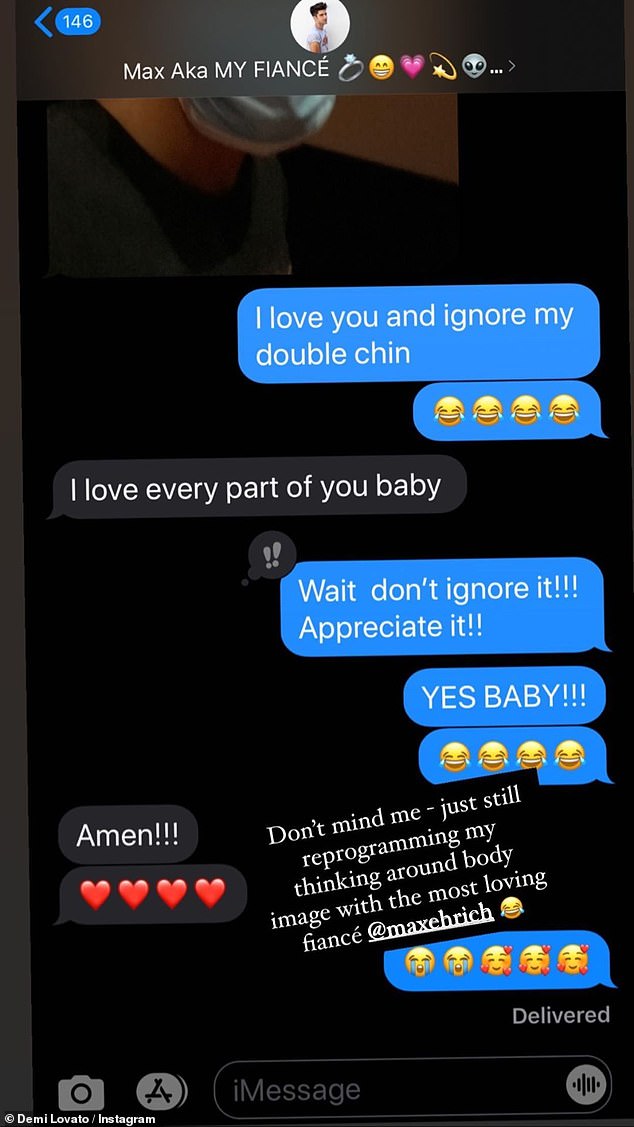 The Neon Lights singer posted a heart-throbbing picture of her chat with fiancé Max Ehrich. In the chats, we could see that Lovato has found the man of everyone’s dreams. He not only loves her but also makes her feel safe around him.

Lovato shared a screenshot of her texts. She sent him a picture of herself getting her hair done. In the text, she wrote that she loves him and asked him to ignore her double chin. To this, Max replied that he loves every part of her.

In the picture, she wrote that her fiancé has helped her reprogramme her thoughts over body image. 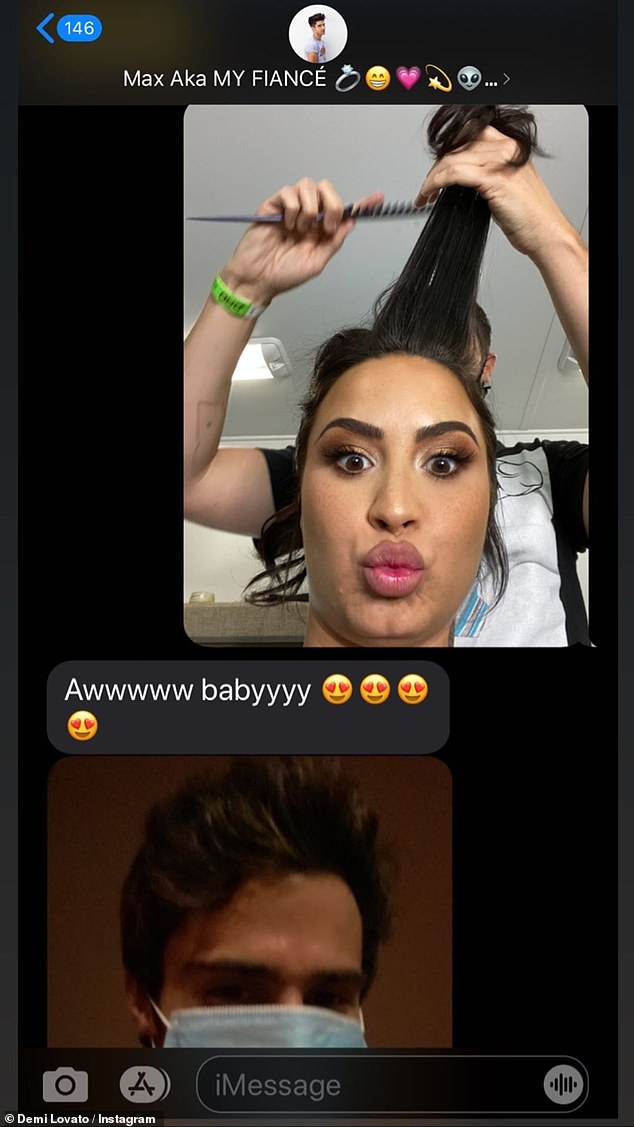 Demi Lovato and Max Ehrich proved to the world that time doesn’t matter when two hearts are in love. Their romance went off the charts earlier this year. While sources reveal that the two quarantined together and got closer than ever. Within four months of dating, Max proposed to Lovato.

Lovato has also previously revealed that her love for Max was pretty instant. And so was his. She further said that she was honored to be his life partner and spend her life with someone who never pressures her to be anything other than herself.

Max revealed that he fell in love with her the moment he met her. He said that he has never felt such unconditional love from anyone except his parents.

It looks like Demi Lovato has found her love for life. She and Max are madly in love. And they both always make each other better. Well, all the best wishes to the new couple!

Is Alicia Sierra the Sister of the Professor, Truth Behind the...

My Octopus Teacher Part 2 Netflix Release Date, Cast, Synopsis and Everything A Fan Needs to Know.