When your partners are huge celebrities, you never really have to find the right people to fit in a video. Similar was the situation with Kanye West and Tyga when they wanted to go above and beyond their music video called “Feel Me.”

And it looks like Kim Kardashian West somewhat confirmed the general opinion of giving birth to Kylie Jenner.

My baby @kyliejenner Happy Birthday!!! I can’t believe you are 23 years old!!!! The funniest and most loyal person on the planet! Looking for pictures and finding so many funny memories makes me so happy! I love you beyond what you could image!

The song “Feel Me” was released back in 2017. However, the music video for the song, directed by Eli Russell Linnetz, leaked on Wednesday. The video stars Kanye West’s wife Kim Kardashian and then Tyga’s ex-girlfriend, Kylie Jenner. Kylie first appears as a giant bikini girl with blonde hair and pixie cut. 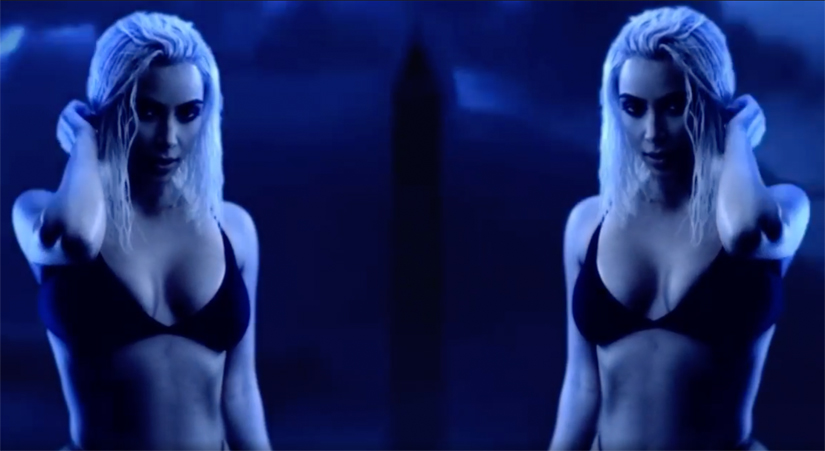 Well, ever since Kylie Jenner got her name in and out of Forbes magazine, many people claimed that she came this far because of Kim Kardashian’s fame. It looks like Kim confirmed that too.  When the video was made, Kim Kardashian and Kanye West were parents of two children. However, Kylie Jenner and Tyga had already broken up. Kylie was dating Travis Scott and was pregnant with Stormi.

Relationship between Kylie Jenner and Tyga

Kylie Jenner and Tyga were rumored to have met for the first time on sister Kendall Jenner’s 16th birthday. Then in 2014, Kylie posted a group-fie with Tyga and other friends. In March 2015, Tyga confirmed that he and Kylie were dating. They even walked together on the red carpet for the Cannes film festival.

The following months were filled with expensive gifts and family vacations. Tyga even called Kylie, her fiancé, as a joke. In 2017, there were rumors that Tyga and Kylie were broken up. And that she was dating Travis Scott.

DADA 🤍 happy birthday to daddy of the year! i’m slowly but surely starting to accept the fact that storm is a daddy’s girl. 😫 but whatever. we went half on greatness! the most beautiful, smart, loving and funny little baby. the best gift. ok i’m crying. love you forever! @travisscott

The Kardashian-Jenner clan never seems to be out of the news. Kylie and Kim were featured in the “Feel Me” music video. Well, the video is filled with glamour and havocs. The most iconic moment is when Kim Kardashian gives birth to Kylie Jenner.