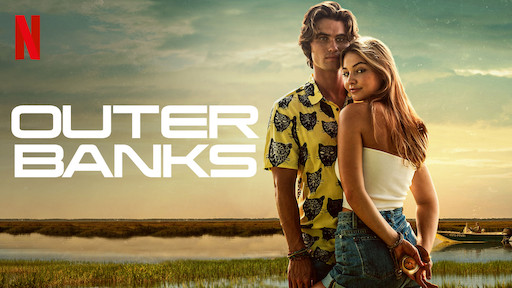 Netflix released its latest teenage drama named Outer Banks. The show is created by Shannon Burke, Josh Pate with Aaron Miller and Sunny Hodge. The first season which had 10 episodes aired on 15 April in Netflix. It was regarded with a lot of love and appreciation at the time.

Although nothing has been announced about the release date of season 2 of the show, it was told that it would come out. Since the first season aired in April of 2020, we can expect the second season to come around 2021. The plot of the first season was loved by fans and critics alike. However, nothing can be said about the next season with certainty yet. The cast includes the likes of Chase Stokes portraying John B, Madelyn Cline playing Sarah, Madison Bailey in the shoes of Kiara, Jonathan Davis playing Pope, Rudy Pankow as JJ, Austin North as Topper, along with Drew Starkey portraying Rafe. Outer Banks revolves around the teens who have stumbled across a treasure map in which lies the secret of buried secret. Fans expect the gang to find the hidden treasure in the next season. Because of the COVID-19 pandemic, the shooting didn’t move as expected, yet it proceeded gradually.  Apart from these, there hasn’t been a lot of announcement about the plot details of the next season.

It is clear that the show will definitely have another season but it’s not known when. It was declared that there would be some new castings. However, the details haven’t been released yet. The next season is expected to come around the middle of next year. All fans of the show are excited about the next season. Stay tuned for updates!