Chrissy Teigen, whose original name is Christine Diane Teigen, is a sweltering American actress, mainly a model. Her blistering poses has made us all at least once fall in love with her. Her spouse John Legend, an American singer and a songwriter, feels providential having Chrissy Teigen by his side. Let’s see the latest news following the two.

Chrissy Teigen made peace with the fact that she could not give birth naturally. It was long ago she did this. But wait ! she is naturally pregnant with her 3rd child. Yes, you heard that right! Chrissy Teigen’s and John Legend’s happiness knew no bounds when they came to know that the third child happened to be normally placed inside Chrissy’s stomach. Chrissy says that it all started with Chrissy’s breast-implant removal process.

John Legend is a songwriter, and the singer debuted another project, “Wild.” In the video, he unhesitatingly took Chrissy in. Both can be seen as loving and embracing each other. Undeniably he spares no chance to woo Chrissy again. They have been together for 14 years, and it seems that the affectionate bond remains the same. It’s when the gift gets unwrapped. 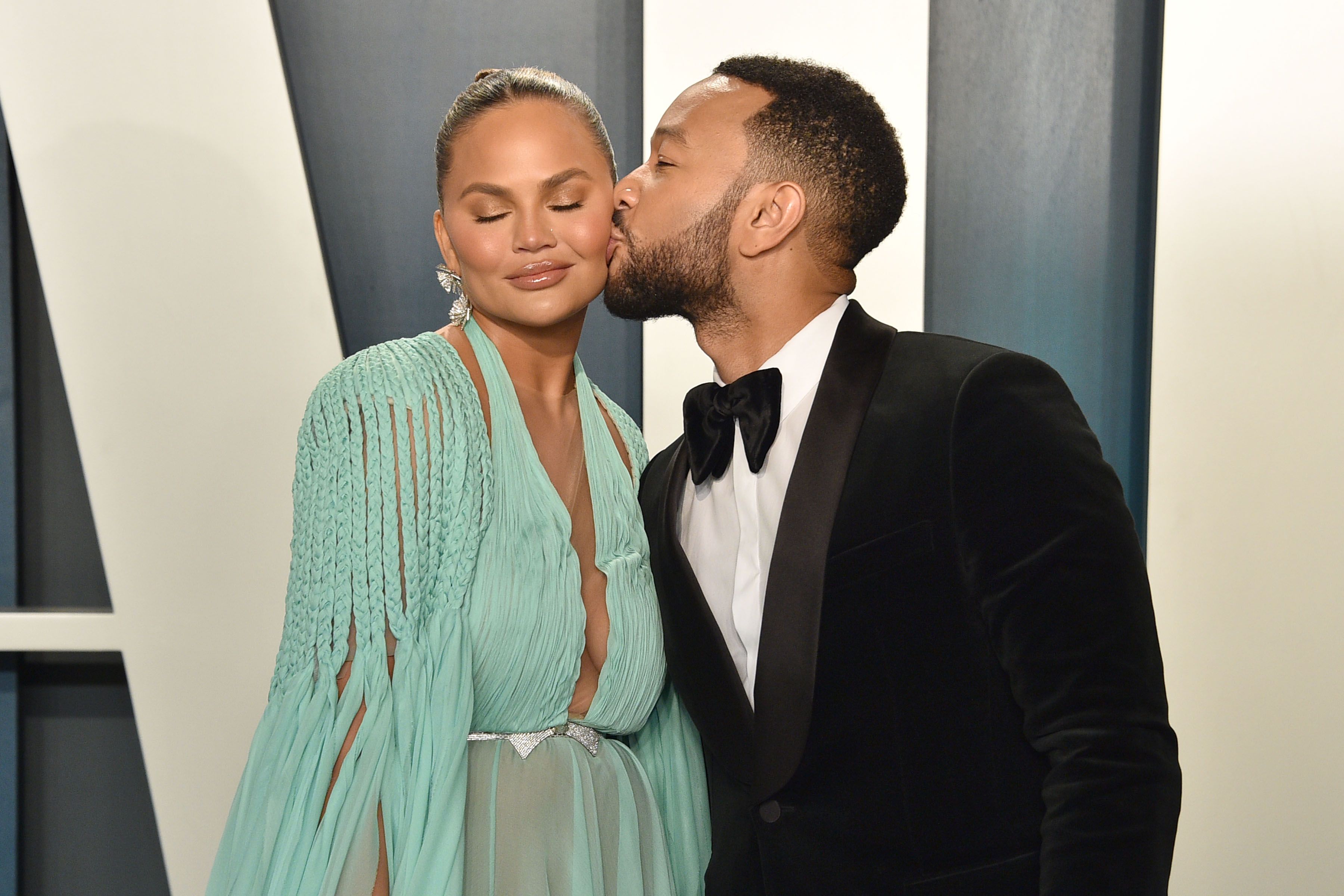 Chrissy Teigen with her Baby Bump:

After being a mother to 4-year-old daughter Luna and 2-year-old son Miles, she is all set to welcome her third unexpected gift. She noticed flaunting her baby bump in a black dress when Legend catches her from the back. Now that John Legend is going to be a father again, his love for Chrissy has increased.

Their Struggle with Former Pregnancy:

Now that Chrissy Teigen has remained no more infertile, the couple shares the two former struggles while they were expecting the respective children. To have Luna and Miles, the two had to agree to the process of  InVitro Fertilization. They gave her pregnancy news through the filming of Legend’s music album “Wild.” Chrissy Teigen was pointing towards her baby bump in the video.

Soumya Dubey
Hey everyone, this is Soumya. I have worked with Innersane for 3 complete months and have rejoined the firm. The best thing about it is that they will expose you to new writing techniques with an emphasis on how one can better a piece of writing. The people there are really dedicated, specially Shivangi mam under whom you will get to learn various things. She is really a dedicated woman and makes sure to point out the errors and revise it as soon as possible. She never looses her cool and thus makes sure that the work is done properly. The environment of Innersane in really friendly and Time and again you her to introduce new techniques and styles in your writing skills. If you want to learn and grow, it is one of the best companies. I hay also worked with other companies but the vibe out here is completely different.